A good-humored Texan mother has apologized to her son’s elementary school after learning that he went to classes dressed in an X-rated, novelty t-shirt which he mistook for a McDonald‘s slogan and logo.

Shelly McCullar’s son Anthony got the t-shirt out of a bag of hand-me-downs that the family received from a friend.

He picked the t-shirt out and wore to Travis Elementary School in Pampa, Texas, without his mother ever seeing it.

She was stunned when he returned home wearing the t-shirt which bears a bear of parting legs on the front and the McDonald’s slogan: ‘I’m lovin’ it’. 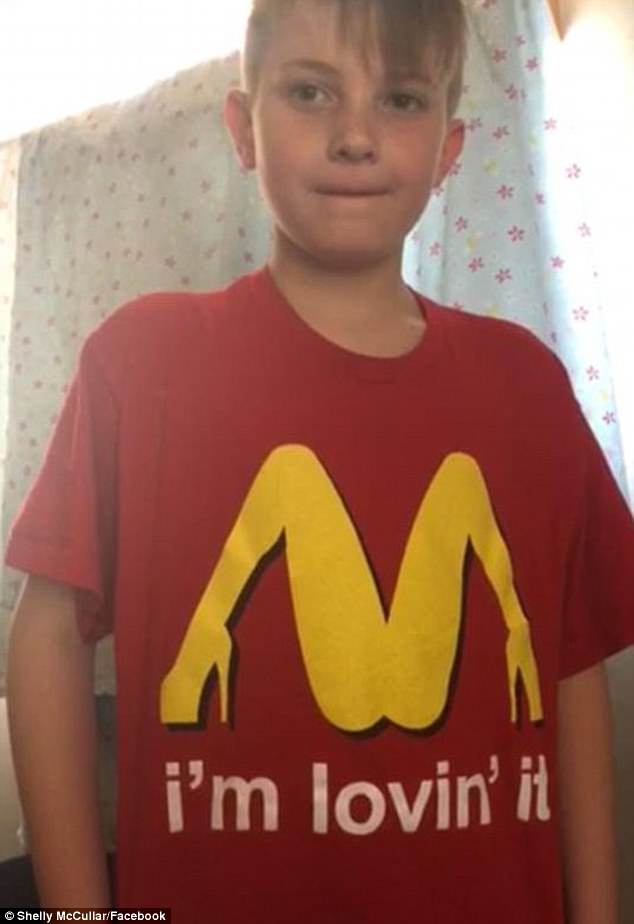 In a sweet video, his mother uploaded to Facebook, he explained his confusion.

‘None of his teachers made any mention of it to him.

‘They thought it was like McDonald’s too!’ Anthony said.

Shelly, 43, apologized to the school on his behalf.

‘Once again, my sincere apologies to the teachers and staff at Travis Elementary.

‘I promise from now on to monitor what my kids are wearing! I had no idea Anthony wore this to school! 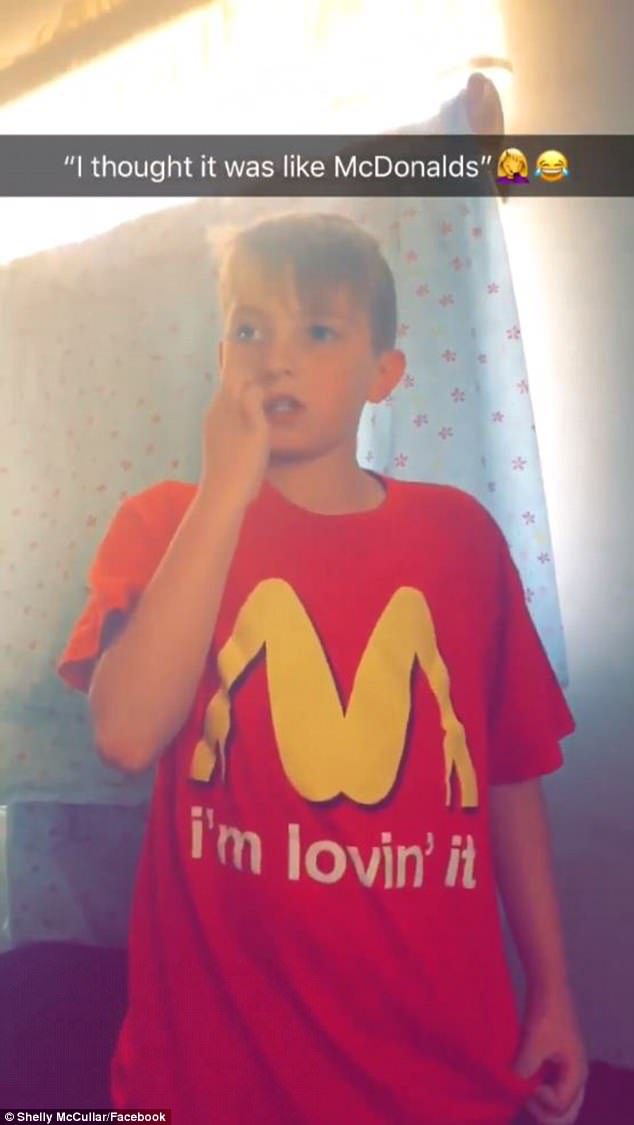 His mother Shelly shared his hilarious reaction when she pointed out the rudeness of it on social media. The boy told her that he thought it represented the fast food chain 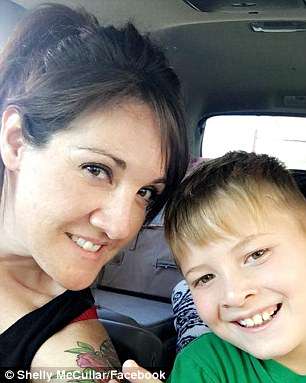 Anthony is pictured with his mother Shelly McCullar. She apologized to the school and said she would be more careful to check what he was wearing

Just to clarify, I would never let my kid wear something like this.

‘A friend had given me some hand me down clothes for Anthony.

‘I haven’t had the chance to completely go through them.

‘I will tonight though!’ she said.

Despite the embarrassment, Shelly was able to see the funny side.

‘Through my embarrassment, I did lmao!’ she wrote.

She added the hashtags ‘I thought it was like McDonald’s’ and ‘Not the golden arches’ at the end of her well-viewed post.