Home
Funny
When He Found A Dead Worm In His Cucumber, The Local Tesco Had An Epic Response…

Rob from Tesco, a customer service rep received a complaint from customer Wes Metcalfe recently. Wes’ “complaint” was actually a tongue-in-cheek anecdote about a worm he’d recently found inside the package of a Tesco cucumber.

It all started when Metcalfe did some grocery shopping at a Tesco in Dinnington, Sheffield. Realizing that there was a rather dead worm inside the plastic wrapper of his cucumber, he wrote to Tesco to complain. And things escalated pretty quickly after that…

When Wes Metcalfe found a worm in his cucumber, he wrote to Tesco to complain 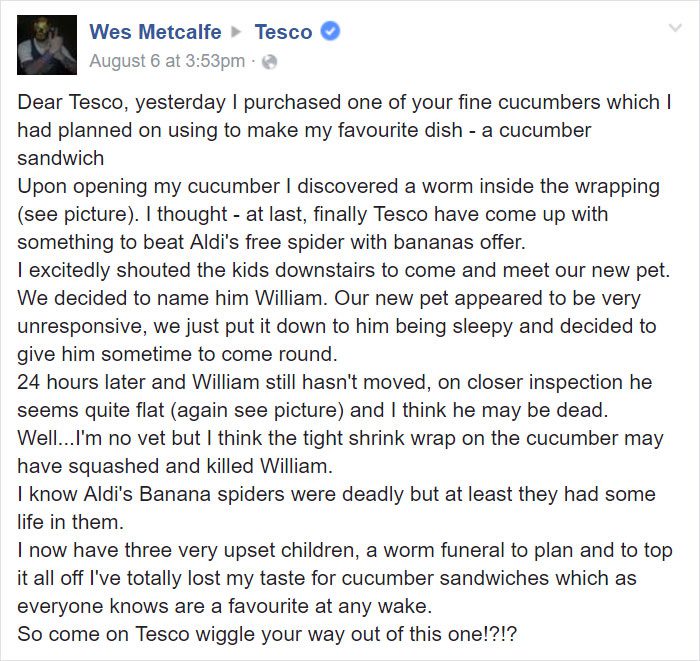 “We decided to name him William,” he wrote. “Our new pet appeared to be very unresponsive” 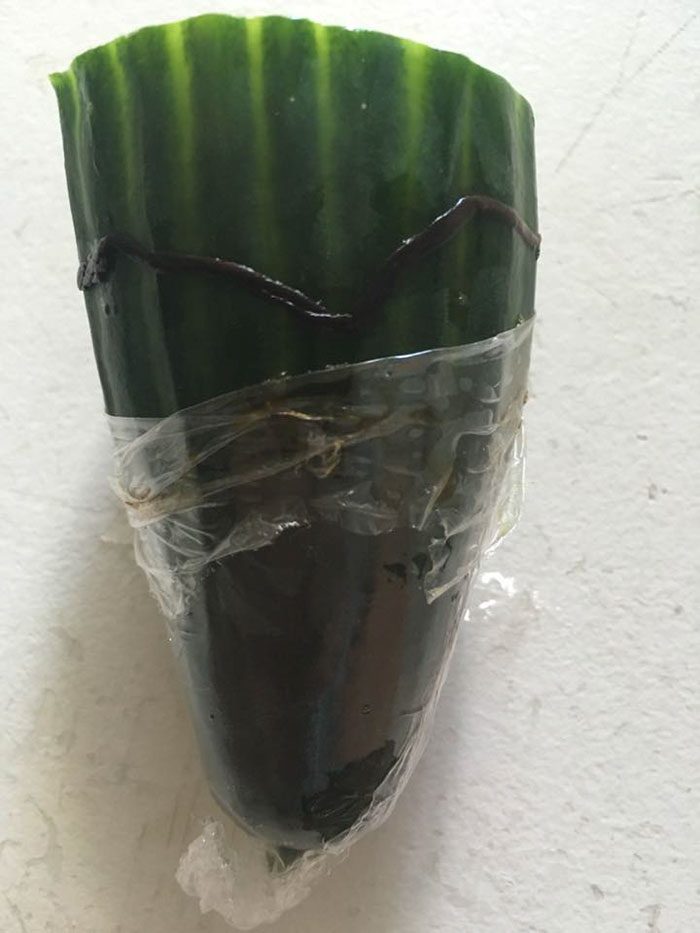 Rob from Tesco customer care replied shortly after, and his “heartfelt” response was hilarious 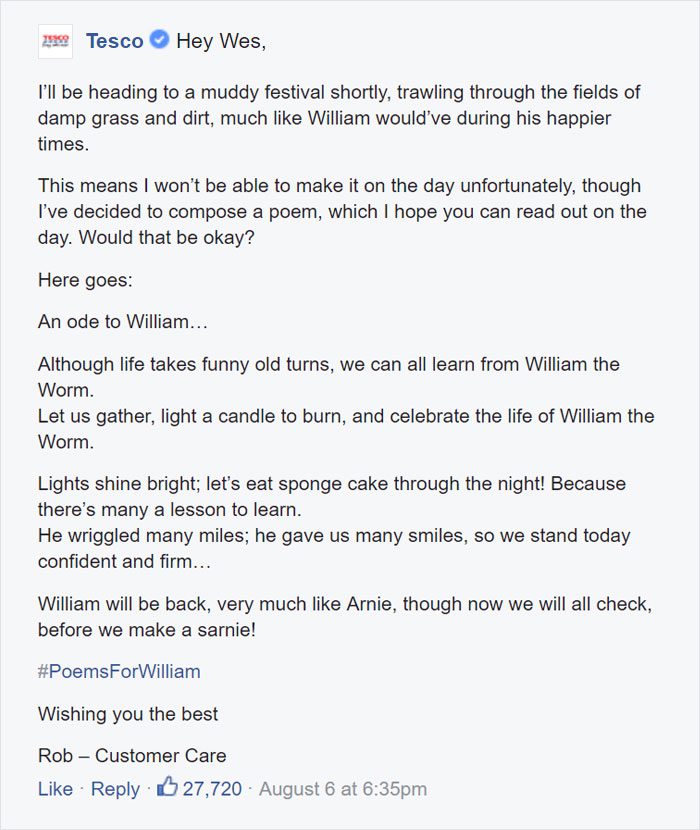 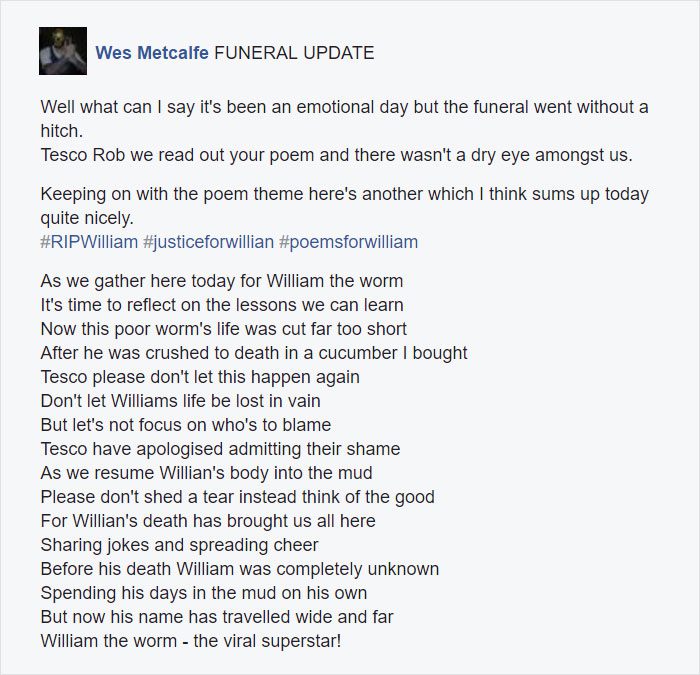 He even sent a picture of William’s funeral complete with a popsicle stick cross! 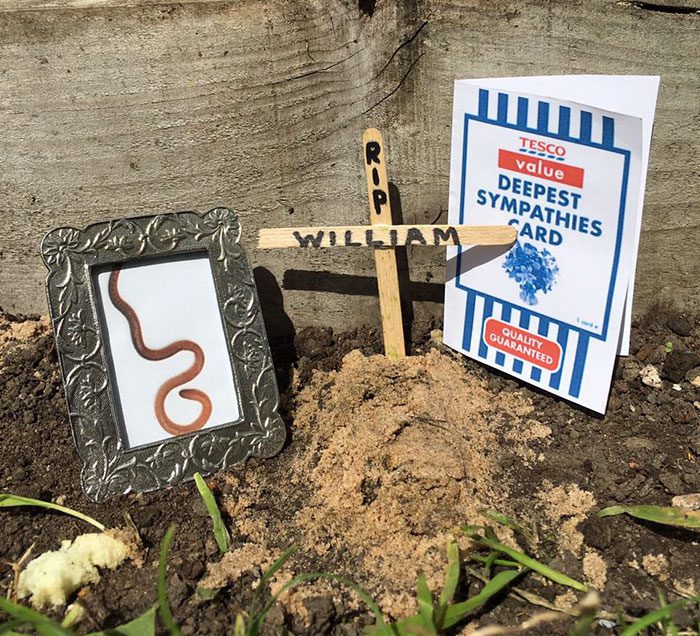 And as you can see, things escalated pretty quickly from there… 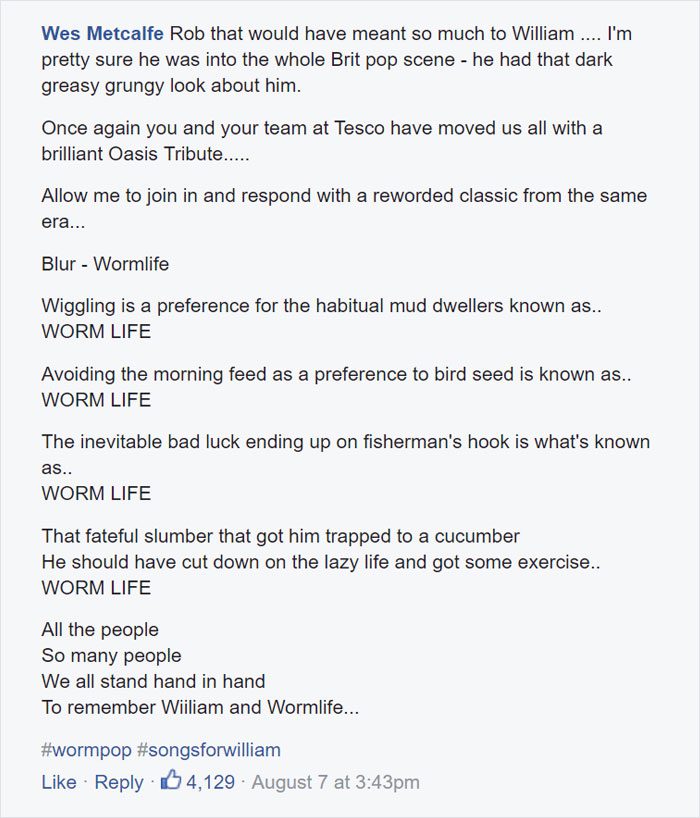 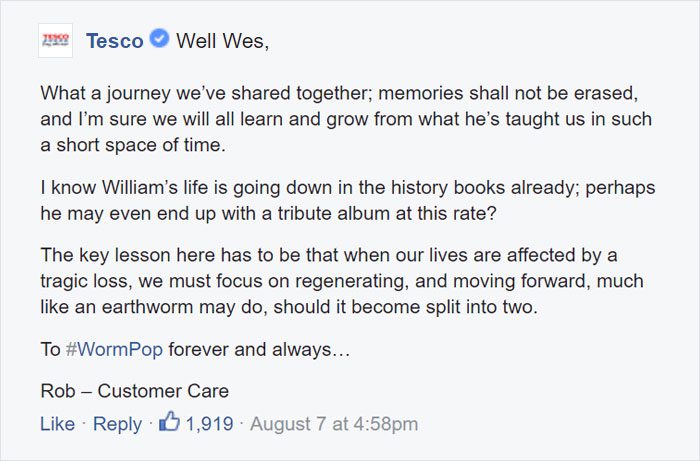 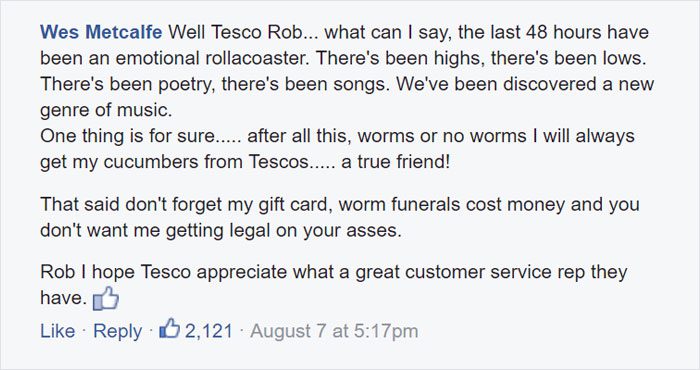 The humorous exchange has been liked more than 80,000 times on Facebook Many people have suggested that Rob deserves a promotion, and we couldn’t agree more