Home
Places
These 18 Spectacular Photos From Space Prove That Earth Is Truly A Beautiful Place.

Since 1975, the European Space Agency has served as Europe’s gateway to space; sharing research facilities, high-resolution images and satellite archives with the world.

In their collection, the archive, “Observing the Earth,” is a particularly poignant college. The ESA describes it:

“Earth Observation images show the world through a wide-enough frame so that complete large-scale phenomena can be observed to an accuracy and entirety it would take an army of ground-level observers to match. A single satellite image has the potential to show the spread of air pollution across a continent, the precise damage done in a region struck by an earthquake or forest fires, or the entire span of a 500-km hurricane from the calmness of its eye to its outermost storm fronts. Earth Observation provides objective coverage across both space and time. The same space-based sensor gathers data from sites across the world, including places too remote or otherwise inaccessible for ground-based data acquisition.

“While satellite acquisitions are most often presented in the form of pictures, they are actually digital data. So the same raw data can be processed with computer software in many different ways to extract whatever information the particular end-user requires.” 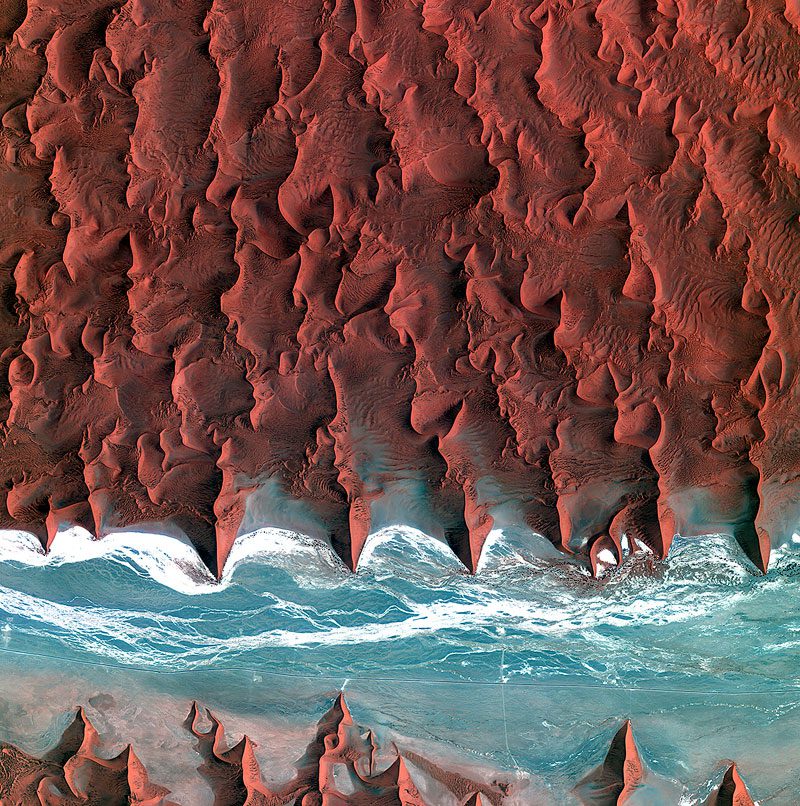 “The blue and white area is the dry river bed of the Tsauchab. Black dots of vegetation are concentrated close to the river’s main route, while salt deposits appear bright white.” 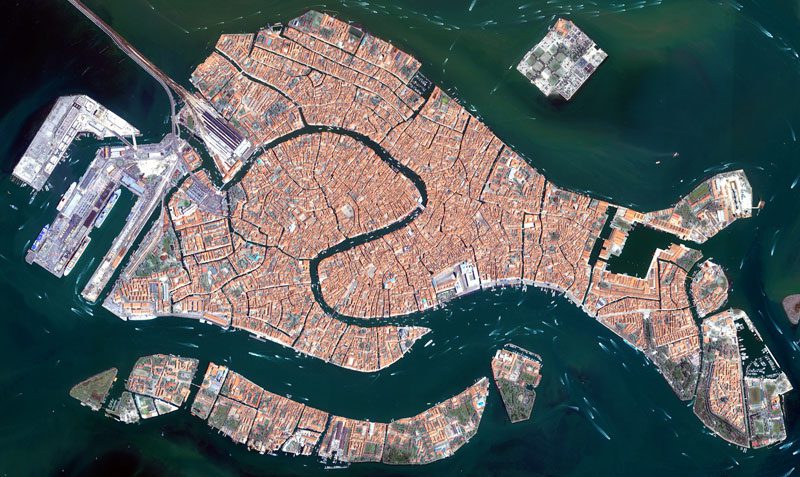 “The islands that make up the Italian city of Venice and the surrounding Venetian Lagoon are pictured in this image. Snaking through the central districts is the Grand Canal, with the Santa Lucia train station at its northern end and the Saint Mark Basin at its southern end. Zooming in, we can see water buses and taxis navigating the canal and gondolas docked along the edge. The square island to the north is San Michele. Once a prison island, it became a cemetery when Napoleon’s occupying forces declared burial on the main islands unsanitary.” 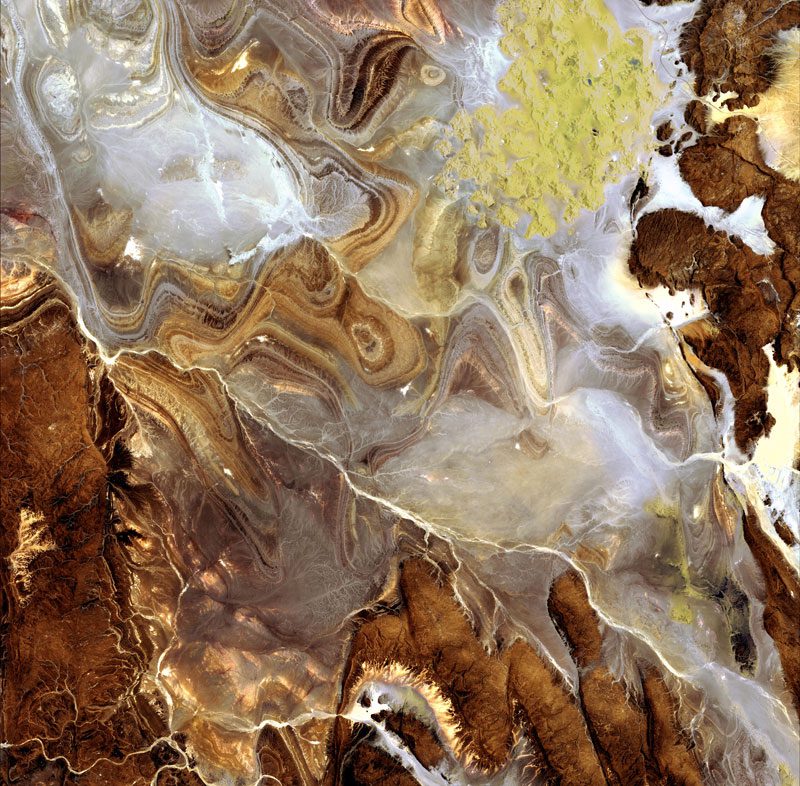 “The region is known as ‘land of terror’ because of its lack of water and vegetation. As visible, this region is characterised by dark sandstone hills, steep canyon walls, salt flats (white), stone plateaus, sandstone outcrop patterns of concentric loops and sprawling seas of multi-storey sand dunes known as ‘ergs’. Erg Mehedjibat, which appears as a yellow bouquet of flowers (upper right), is made up of a cluster of small star dunes that grow upward rather than laterally.”

4. The Imperial Valley in Southern California 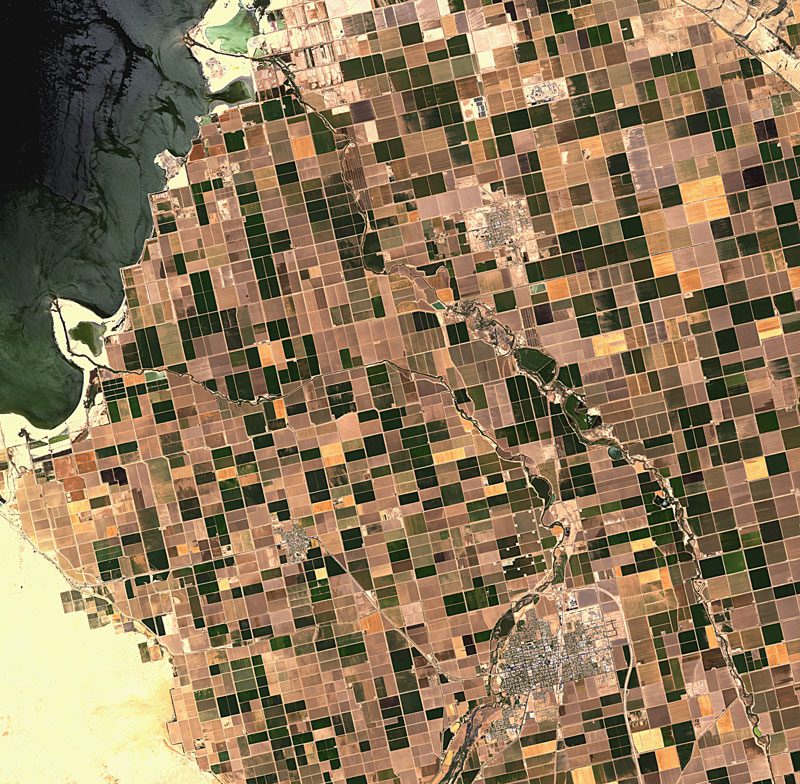 “The valley begins from the southern end of the Salton Sea (top left) and extends southward for some 80 km into Mexico. The cities of Brawley (bottom right), Westmorland (bottom left) and Calipatria (top) are visible, along with Ramer (top) and Finney Lakes (centre right).” 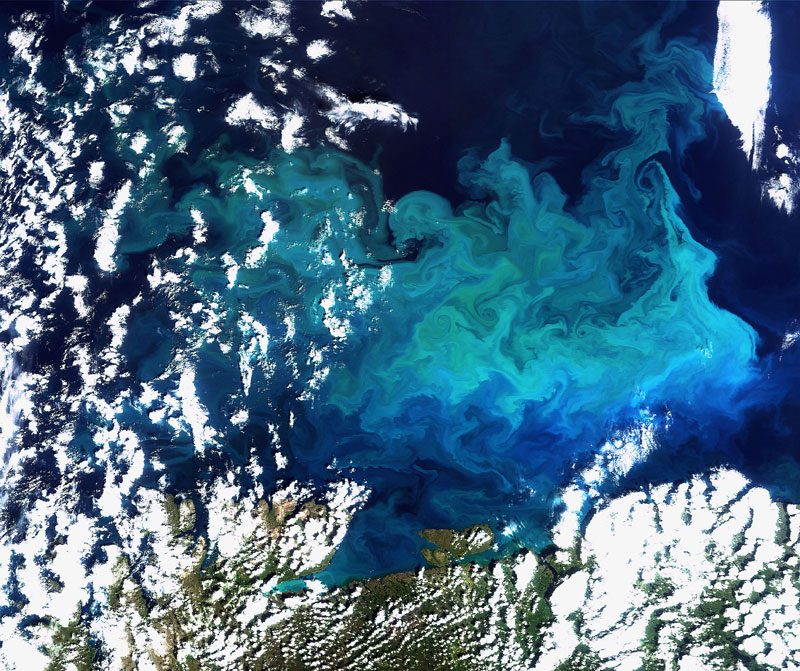 “This Envisat image captures a plankton bloom larger than the country of Greece stretching across the Barents Sea off the tip of northern Europe. “ 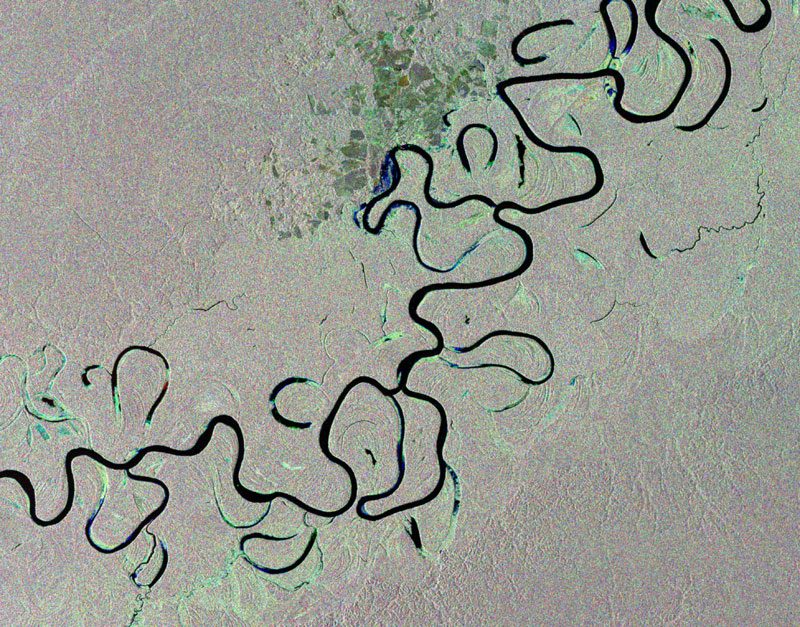 “Along the river’s main course are free-standing ‘oxbow lakes’, formed when a river changes course.” 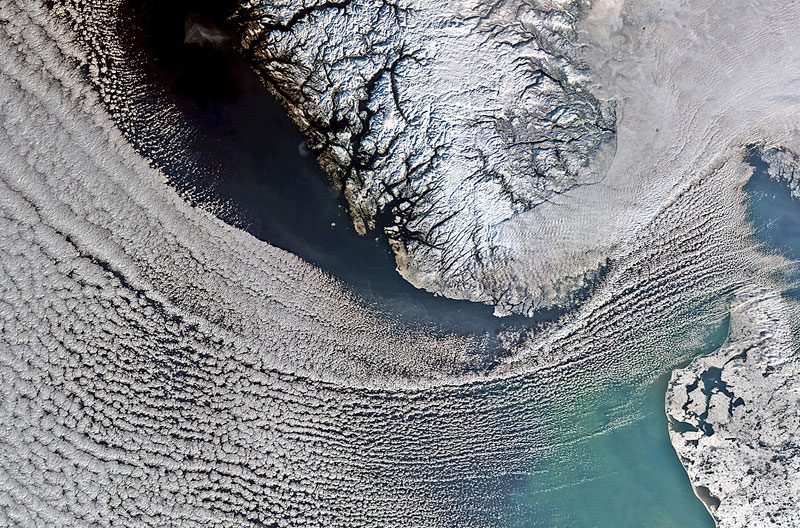 “Located on the Scandinavian Peninsula, Norway is Europe’s northernmost country and is famed for its fjords. Some of these are visible in the image as dark lines between the white and snow-covered land. Near the top of the image, we can see part of Norway’s longest and deepest fjord, the Sognefjord. In the lower-right corner, we can see part of Denmark’s Jutland peninsula, with small and large bodies of water speckling the flat terrain.”

8. The ‘Treasure Peninsula’ of Kazakhstan 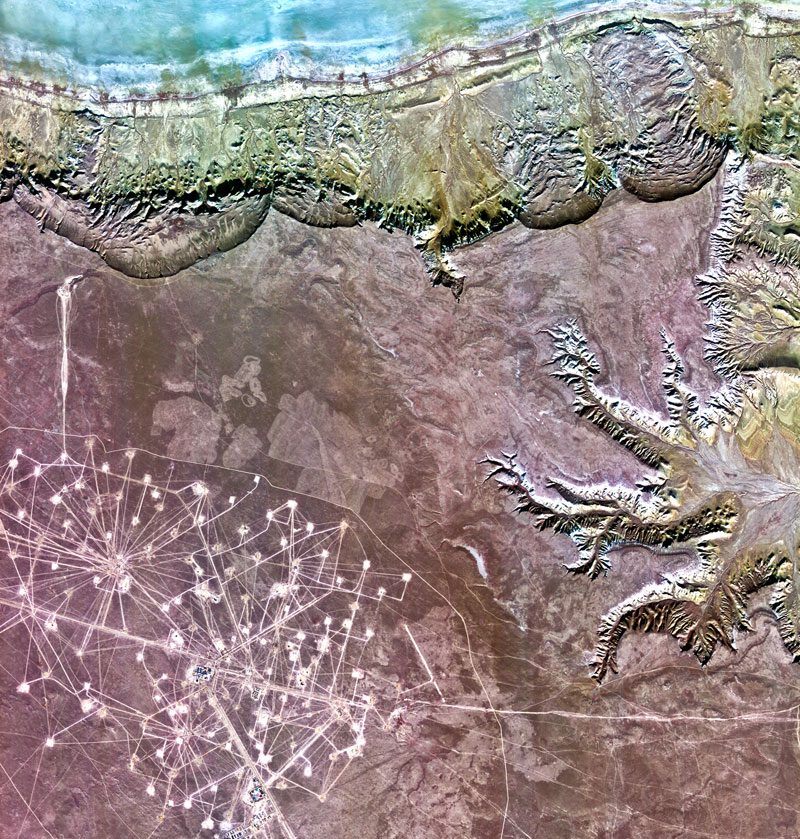 “The majority of the image is dominated by flatland covered with low-lying vegetation. The bright web of roads in the lower left section of the image is the Karakuduk oil field. The white squares in this ‘web’ indicate where wells are located. We can also see buildings and other structures related to oil production. Kazakhstan – and in particular, the Mangistau oblast – has large fossil fuel reserves and an abundant supply of other minerals and metals. Because of this, Mangistau is sometimes called the ‘treasure peninsula’ of Kazakhstan.” 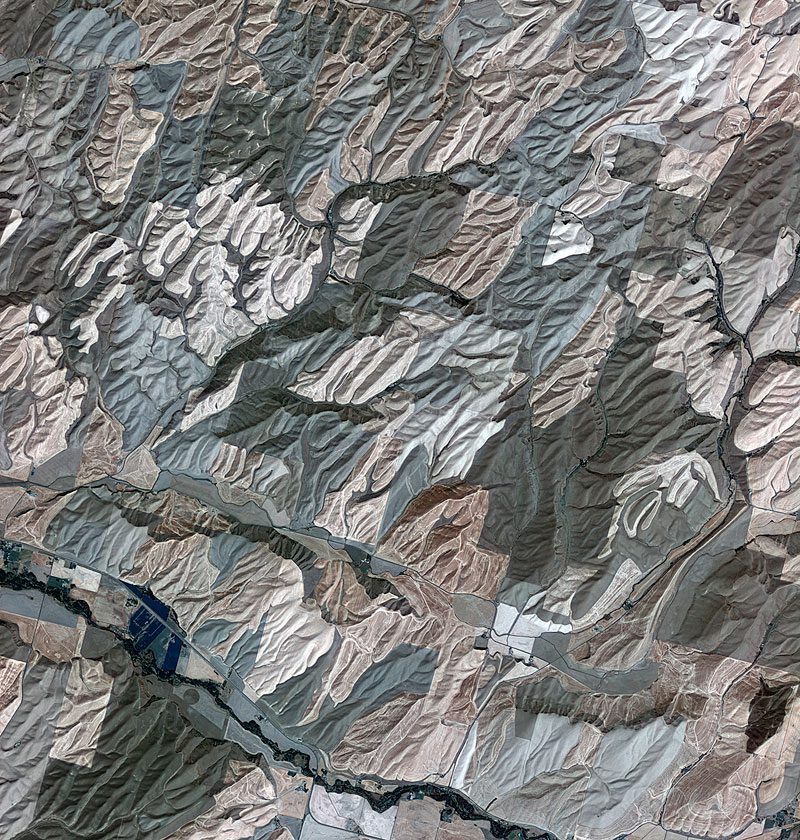 “The area pictured is part of the Palouse region – an agricultural zone that mainly produces wheat and legumes. The rolling, picturesque landscape has sometimes been compared to Italy’s Tuscany.”