A teenager suspected of rape spent three months in custody because police did not disclose text messages that proved his innocence, he has claimed.

BT engineer Connor Fitzgerald, 19, was arrested last year after a complaint was made against him.

But charges were dropped only last week when it emerged that the complainant, who is entitled to lifelong anonymity, had sent texts threatening to destroy him.

One of the messages apparently read: ‘I’m not just going to mess up his life, I’m going to ruin it lol [laugh out loud].’

The case is the latest in a string of investigations or trials that have collapsed after police failed to disclose vital evidence to defense lawyers. 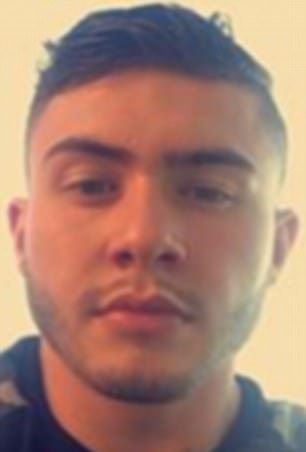 Mr. Fitzgerald, from South Norwood, south London, told The Sun: ‘It’s been heartbreaking. It felt like I was guilty until proven innocent. My life has been ruined. I’m scared to even leave the house because everyone thinks I’m a rapist.’

It comes after Scotland Yard apologized to Liam Allan for failing to provide vital text messages during the 22-year-old’s rape trial, in which he was found not guilty. 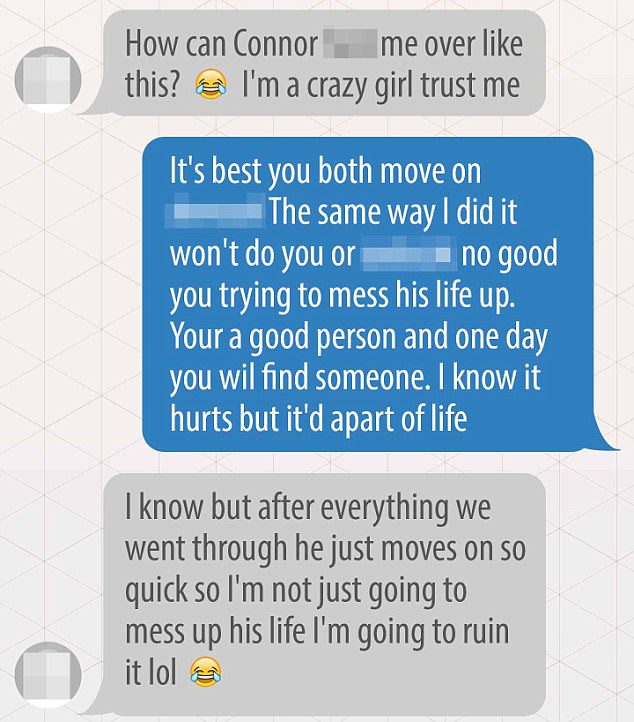 Charges were dropped only last week when it emerged that the complainant (in grey), who is entitled to lifelong anonymity, had sent texts threatening to destroy Mr. Fitzgerald (in blue)

Mr. Fitzgerald was arrested in front of his mother and sister in November when police officers raided the family home. It followed a complaint that a woman made in June.

She alleged Mr. Fitzgerald raped her after a drunken night out.

After the arrest, he was denied bail and was instead held on remand at HMP High Down, which is a category B prison in Banstead, Surrey.

He was reprieved after Mr. Fitzgerald’s brother found some of the text messages from the woman on his iCloud account and informed the authorities. 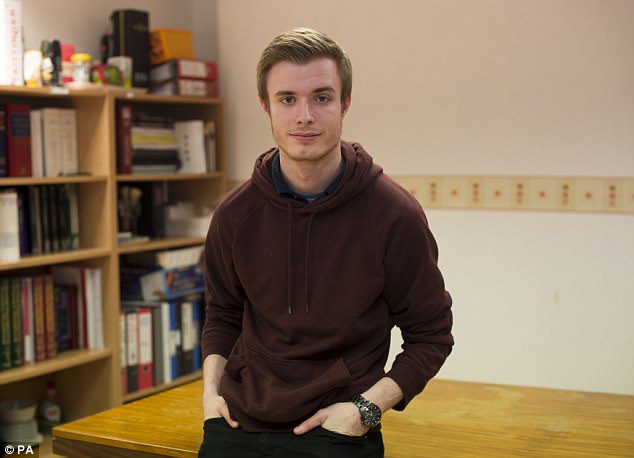 The case comes after Scotland Yard apologized to Liam Allan (pictured yesterday) for failing to provide vital text messages during the 22-year-old’s rape trial, in which he was found not guilty

The missing texts also showed the woman saying that she had enjoyed the sex.

The case was formally dropped at Croydon Crown Court in South London – the same court where Mr. Allan stood trial – last week when the Crown Prosecution Service offered no evidence.

Mr. Fitzgerald has since said that he plans to sue the police and CPS. ‘If my brother hadn’t found the texts, I’d have ended up in prison for 12 years or more,’ he said.

A CPS spokesman told MailOnline: ‘This case was charged in accordance with the Threshold Test, which is applied in serious cases where further evidence is expected to become available within a reasonable period.

‘A decision to charge under the Threshold Test must be kept under review, and prosecutors are required to take account of any change in circumstances as a case develops.

‘In January 2018, police provided more material in this case. Upon review of that material, it was decided that there was no longer a realistic prospect of conviction.

‘We, therefore, decided to offer no evidence at a hearing at Croydon Crown Court on January 22.’

And a Metropolitan Police spokesman told MailOnline: ‘We are content with the investigation and our disclosure work, which was conducted in liaison with the CPS.

‘During the course of the hearing, there was no adverse comment from the Judge about the police investigation.’

It comes after the litany of blunders that led to Mr. Allan being wrongly accused of rape was revealed, as police admitted no one will be disciplined over the botched prosecution.

A review of his case found a ‘lack of knowledge’ by police and prosecutors was to blame for the 22-year-old spending two years with the charges hanging over him – ahead of a trial which was halted at Croydon Crown Court.

A detective was criticised for his handling of 57,000 messages found on the alleged victim’s phone, some of which fatally undermined the case.

DC Mark Azariah did not record how he searched the digital trove of messages which revealed that the woman pestered Mr. Allan for ‘casual sex’.

Neither Mr. Azariah, who has since asked to be assigned to different duties, nor any other officer will face misconduct proceedings.

The joint review by police and prosecutors found no evidence that the information was ‘deliberately’ withheld.

Instead, it blamed the mistakes on ‘a combination of error, lack of challenge, and lack of knowledge’.

His case collapsed in December, sparking a national row over the failures by the authorities to disclose relevant information to defendants.

Thousands of rape prosecutions are being re-examined to check whether they have been affected by similar errors.

In London alone, 600 rape cases in the final stages before trial are being reassessed.