The program was born from the understanding of a shared need between homeless cats and prison inmates: unconditional love.

The cats and inmates have another crucial similarity that makes this program particularly effective: they are captive.

Cast away from their homes and families, they understand each other on another level.

Bringing these two together means hope for both. Let’s read on to learn more about this exciting new prison program.

The new cat foster program is called Cuddly Catz. Just two weeks after launching, the inmates and employees speak out in support.

The cats are being saved from death row and are breathing new life into their captive foster carers. 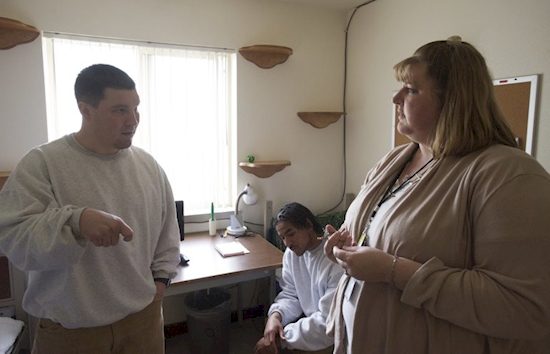 Princess Natalie’s story is just one of many examples. Volunteer Marsha Thomas-Carney says she “would likely have been euthanized without the program.” She was known to spray, scratch, and bite. Since being paired up with inmates Joey Contreras, 28, and inmate Joseph Walter, 37…

“Princess Natalie hasn’t sprayed since her arrival at the prison, presumably because she receives all the attention she needs,” Walter said.

When Thomas-Carney explains that these men literally rescued her from death, Contreras’ smile shows his sense of pride…and purpose. It will be the inmates who ultimately decide when the cats are ready for adoption. It’s obviously not a one-way street. The foster cats give back a lot to the inmates too: “When you’re doing prison time, you get set in certain ways and forget what it’s like to have everyday interactions and be compassionate,” Contreras said. The cats bring this compassion out in the inmates. 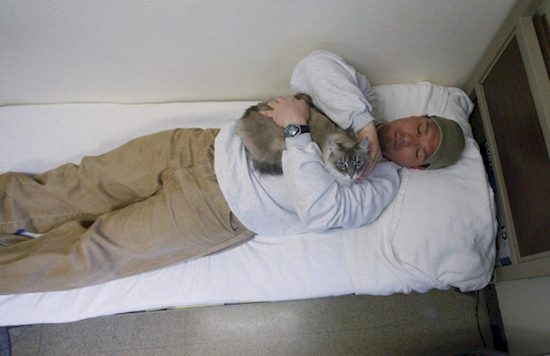 Contreras goes on to explain, “It’s a little different when you have an animal depending on you to survive. Animals bring out the best in people.”

They certainly do. Another inmate, 35-year-old Richard Amaro, describes it like this: “It makes your soft side come out.” The common thread through the weeks remains: the cats help the inmates become more social all around. 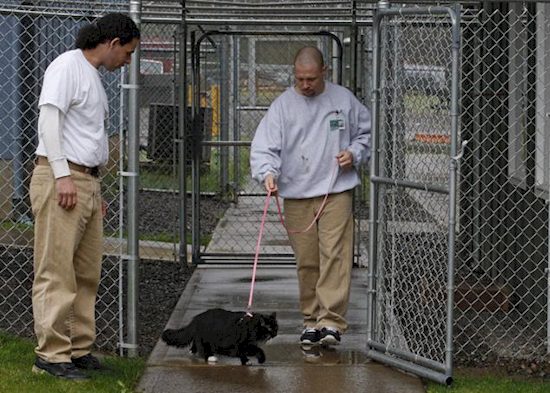 Superintendent Eleanor Vernell says she started the program not because she is a cat lover, but rather, just the opposite. The idea was inspired by her son’s cat…

…who she honestly didn’t really care for. She’d visit her son and his cat would run under her. She says,”even though I didn’t like cats, I grew to like that cat.” 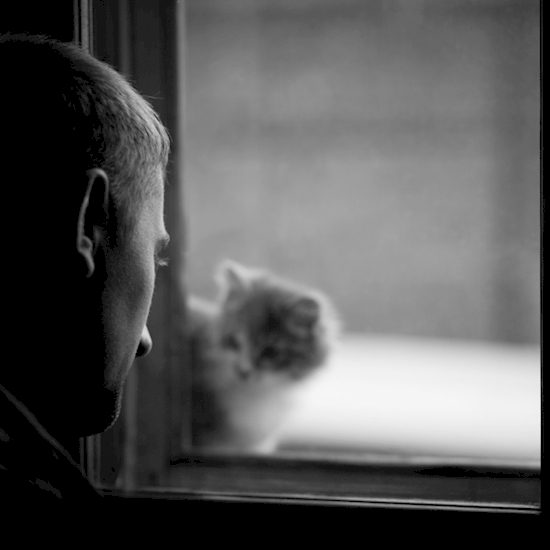 Cats are persistent. That cat? He was able to win the superintendent’s heart, showing her the possibility of opening up even “hard-shelled” inmates.

The cats’ well-being is just as important as the inmates opening up, though. There are many measures in place to ensure this. 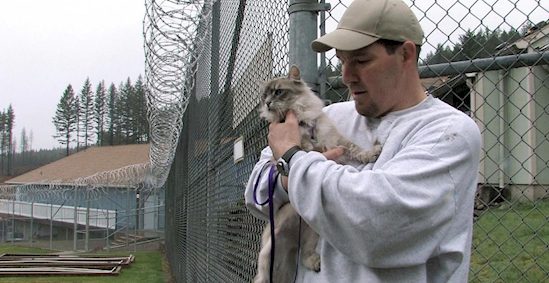 Candidates to foster cats must have a clean record when it comes to animal cruelty, zero infractions for at least six months and a sentence stay of at least 12 months post-program acceptance. In addition to these policies, the Department of Corrections spent over a thousand dollars building an outdoor enclosure for the cats to exercise and play in and get some fresh air. The community continues to donate food, litter, and other supplies. 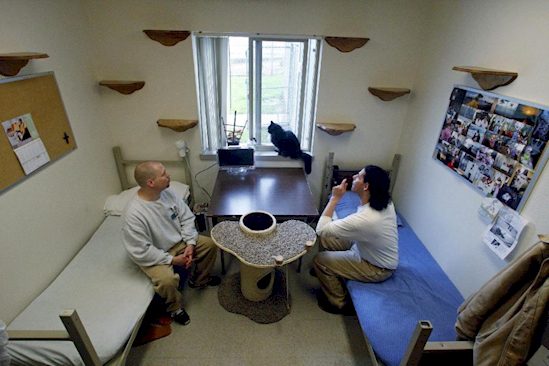 While largely anecdotal, there are many success stories of pet programs in prisons helping the rehabilitation process. It’s said the program “reduces stress and behavior infractions within prison walls and recidivism after release.”

There are as many as 20 states that have similar programs, but no comprehensive study on their effects have been done yet. 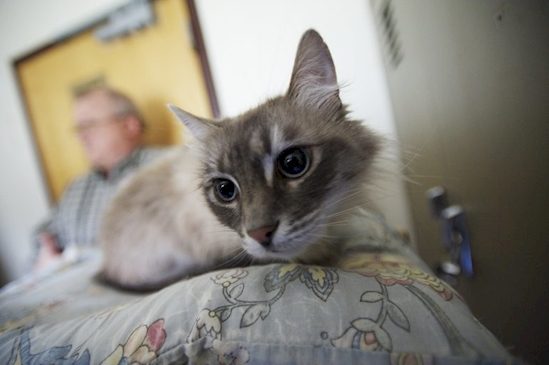