It’s set to become even harder to secretly ‘stalk’ someone on Instagram.

The Facebook-owned app has begun testing a feature that lets your followers know if you’ve taken a sneaky screenshot of their Story.

The Snapchat-inspired feature is expected to launch on the picture-sharing platform soon and is currently being trialed in Japan.

It follows news that Instagram has launched a tool that lets your followers know exactly how long you’ve spent on the app.

Instagram is launching a feature that alerts users when their story has been screenshotted by somebody else. There is some leeway as the first offence only triggers a warning

The app will warn users if their screenshot of a Story will result in a potentially embarrassing notification.

Users will get one free screenshot, and then they will see a warning that any further pictures will send a notification.

Instagram already sends a notification when a screenshot is taken of a private message.

The Facebook-owned app has seen a number of recent changes to how it works.

Facebook owns both Instagram and Whatsapp, and users have seen a greater integration between the three social media platforms lately.

Earlier this month, Instagram allowed users to post their pictures directly through to their WhatsApp status at the touch of a button.

A spokesperson said in a previous statement: ‘We are always testing ways to improve the experience on Instagram and make it easier to share any moment with the people who matter to you.’

As well as the screenshot war, Instagram also announced that it will be featuring an option called ‘type’. 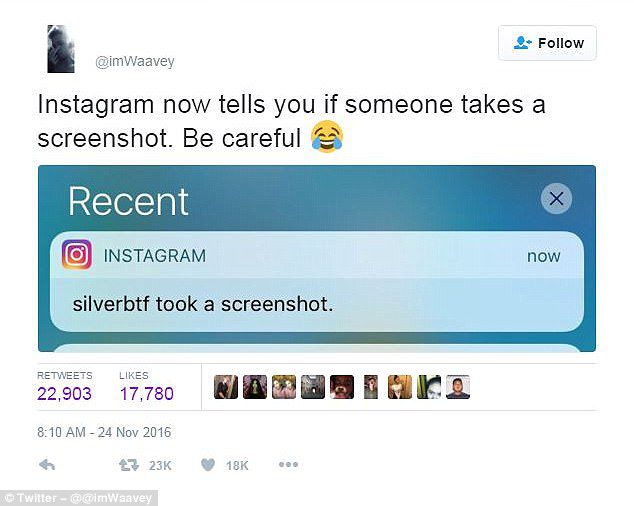 Instagram first saw the introduction of screenshots back in November 2016 when private, disappearing messages would trigger a screenshot notification. Now a similar function will be coming to Instagram stories 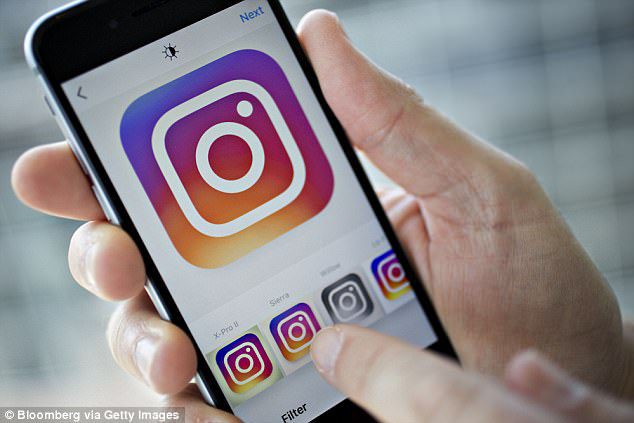 Instagram users will be able to post text on their story in four new fonts – Strong, Modern, Typewriter and Neon as well as there being a new screenshot update on stories

To complement the plethora of pictures, users will be able to add text in four new fonts to their story.

The four fonts are called: Neon, Typewriter, Strong, and Modern.

Once the app launches, users will find the ‘type’ option alongside ‘boomerang’, ‘live’ and other features.

The font color can be changed and the background can also be customised.

The app has also quietly introduced a new feature called ‘Last Active’ that shows friends the last time you logged on to the app.

The default setting for the app is ‘on’ – meaning your closest friends can know exactly when you’ve been scrolling through their feeds.

The unnerving feature appears on Instagram’s direct messages section beneath followers you’ve been chatting with.