So what’s the new thing that New Yorkers are going crazy over? The answer is definitely Taiyaki. It is a brand new fish-shaped ice cream that is bringing a twist to a classic Japanese treat. The taiyaki ice cream is based on the red bean-filled fish-shaped pastry popular in Japan. It is made using regular pancake or waffle batter poured into a fish-shaped mold for each side. Then the filling is put on one side, the mold is closed, and is cooked on both sides until golden brown.

Taiyaki ice cream also sports a vast sea of toppings like mochi, strawberries, and chocolate wafer sticks. The ice cream flavors include vanilla, chocolate, choco-vanilla, matcha, black sesame, and matcha-sesame. So now when we say ‘go fish’ we definitely mean to go and get a Taiyaki fish ice cream.

TAKE A LOOK AT THESE PICTURES TO SEE WHAT WE MEAN!

Fish ice cream is just the latest in the trend of crazy Japanese desserts that have been imported across the Pacific Ocean. 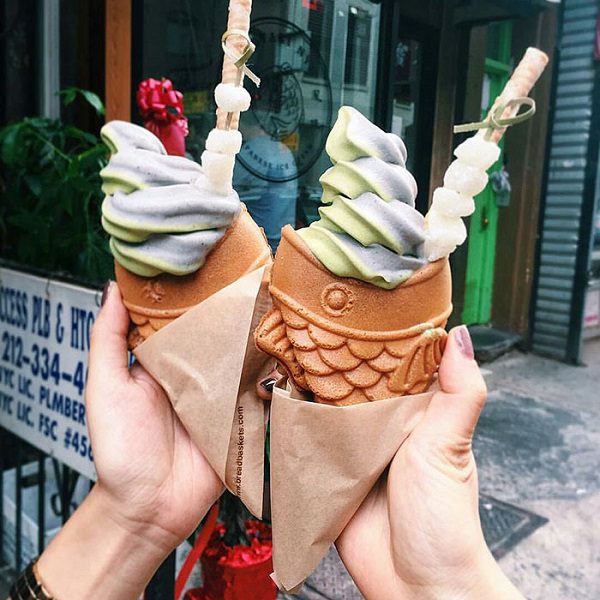 Known as taiyaki, they are a fish-shaped cake made from waffle batter which is filled with delicious ice cream. 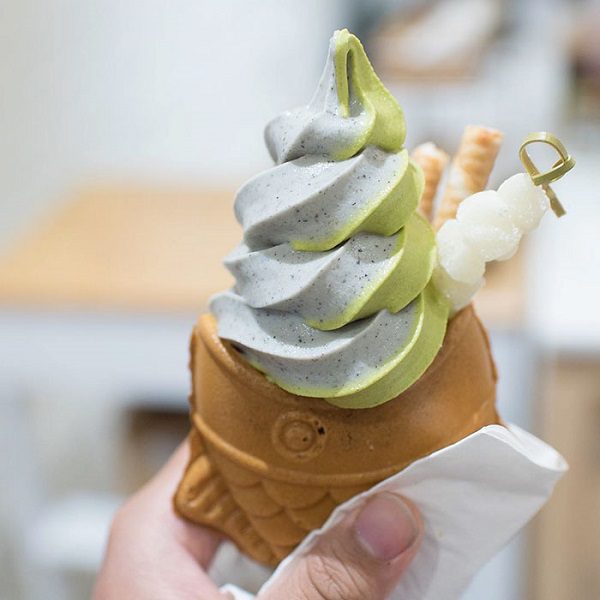 The flavors range from traditional ones like vanilla and strawberry, all the way to more Japanese influence concoctions like matcha green tea or Hokkaido milk ice cream. 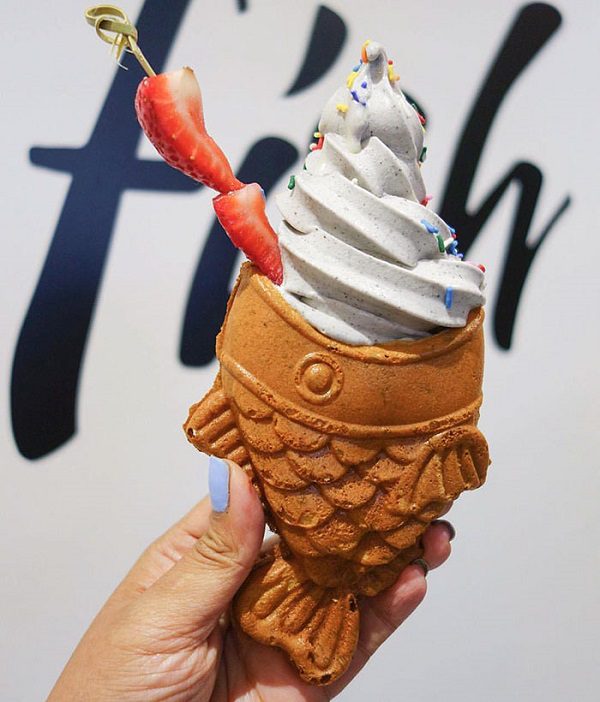 These fish-shaped cakes have been a popular snack food for many years in Japan and Korea. 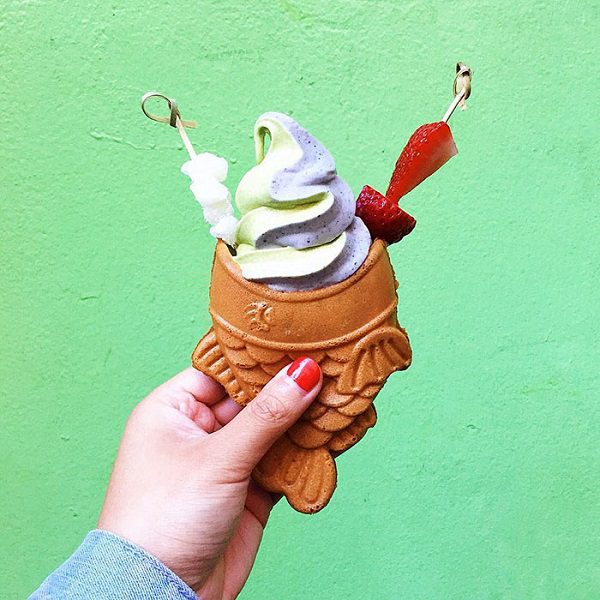 Over on the East Coast, Taiyaki NYC has been serving New York diners with the dessert for almost just over a month but has already caused a large amount of excitement. 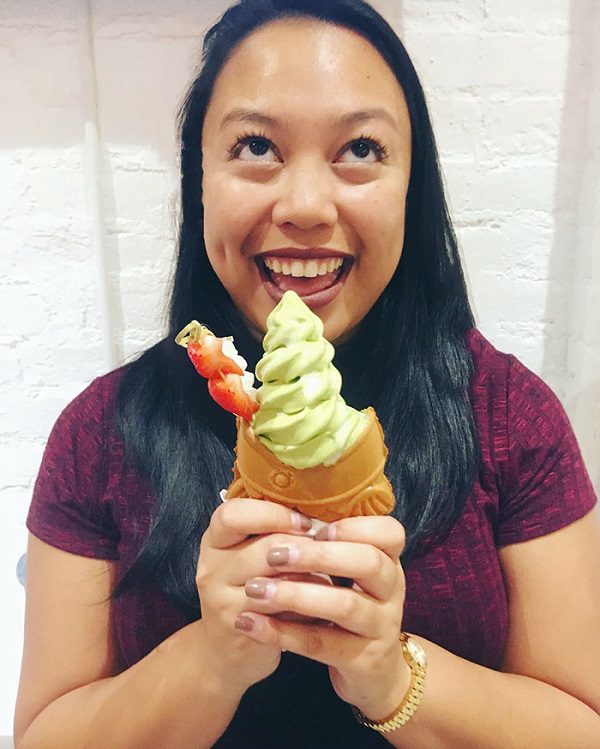 Taiyaki has swept the nation via Instagram and other social media sites. After all, what better food to post online than a cute fish-shaped dessert? 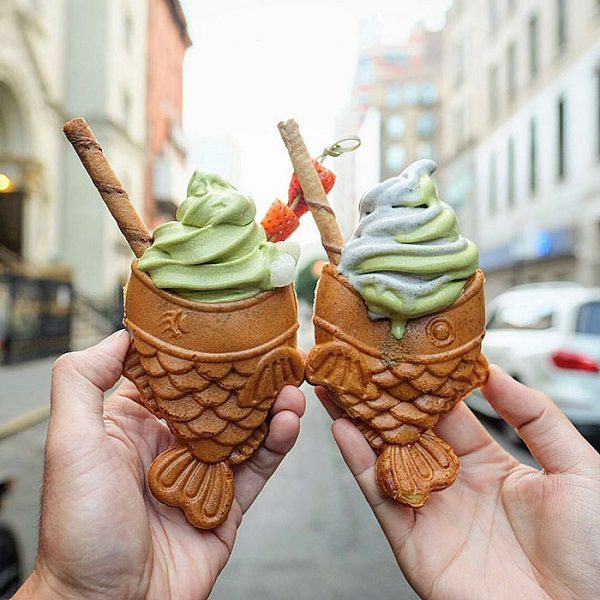 It’s too early to tell if Taiyaki is just a fall fad that’s capitalized on its cute shape and strong Instagramability. Or will it stand the test of time and join the list of great Asian dessert imports? With more stores opening, it looks like the former may be the case. One thing is for certain if the lines don’t die down then fish ice cream looks like it’s going to swim more than sink.