It isn’t difficult to make a marriage proposal pretty cheesy.   This one Englishman however, seemed to get it right, hitting the ideal balance between romantic and overly so. Ray Smith went above and beyond the call of amorous duty when he decided to spend 5 months sneaking the words “Will you marry me?” into photographs of him and his lady. The 38-year-old took a total of 148 pictures in this time, completely unbeknownst to his 8-month-pregnant girlfriend Claire Bramley. 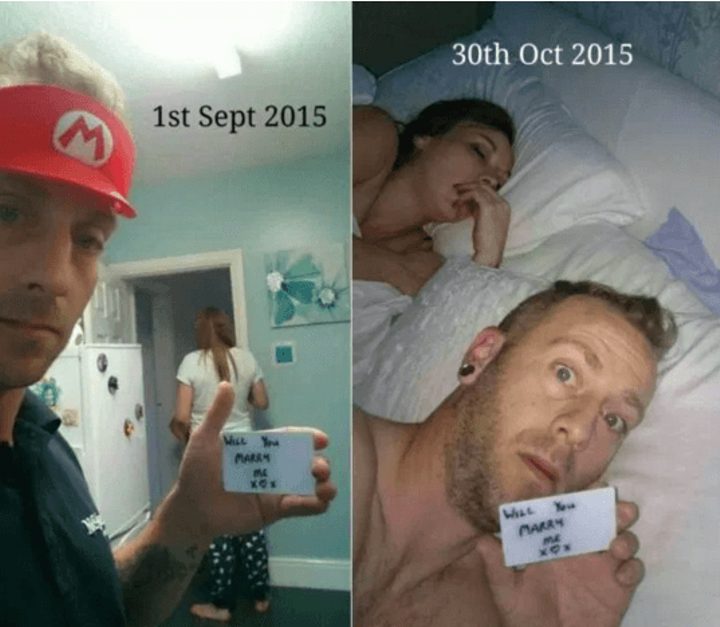 Bramley just assumed Ray had just been documenting her pregnancy. “I had no clue, I was totally oblivious to it all,’ said Claire. He told me he was taking the pictures to create memories for the baby so I just let him get on with it.”

“I told her I was taking the pictures to track the progress of the baby, which was a little bit of a ruse,” he explained, adding: “Sometimes she wanted to see the pictures so I had to take more than one, one with the card and one without.” 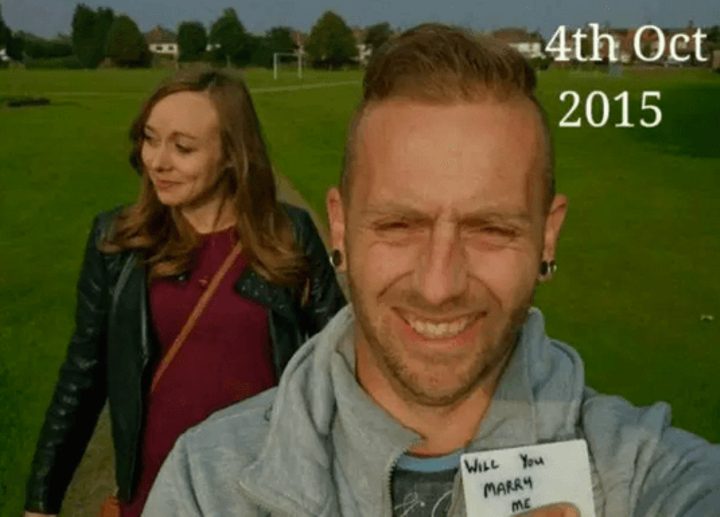 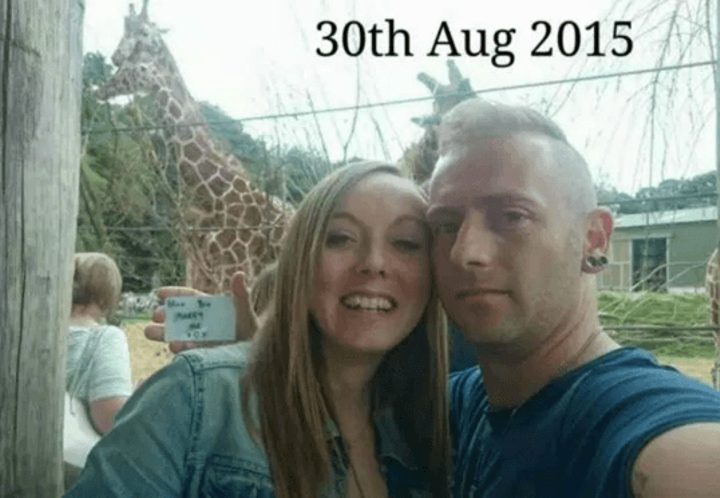 He even snuck in a quick “Will you marry me?” on the television without Bramley noticing. 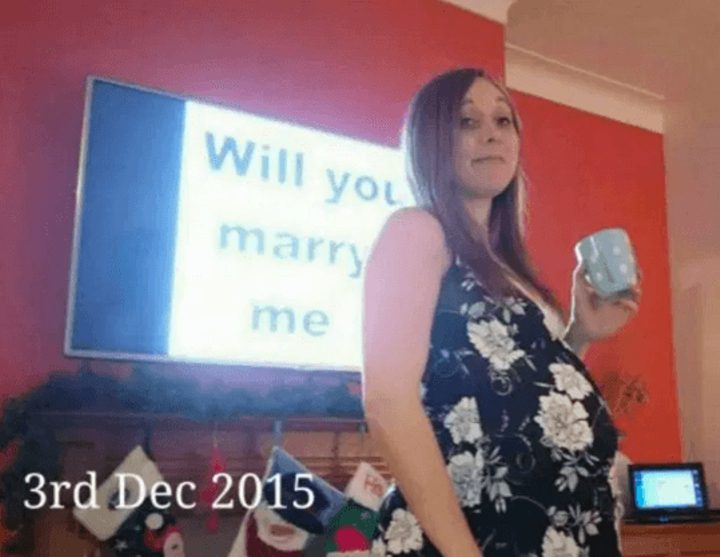 Then on Christmas Day, Smith decided to properly propose. “It was all a bit chaotic on Christmas Day morning so I took her away and set it all up on the laptop. I got down on one knee and gave her a bit of spiel, and then popped the question,” Metro reports. 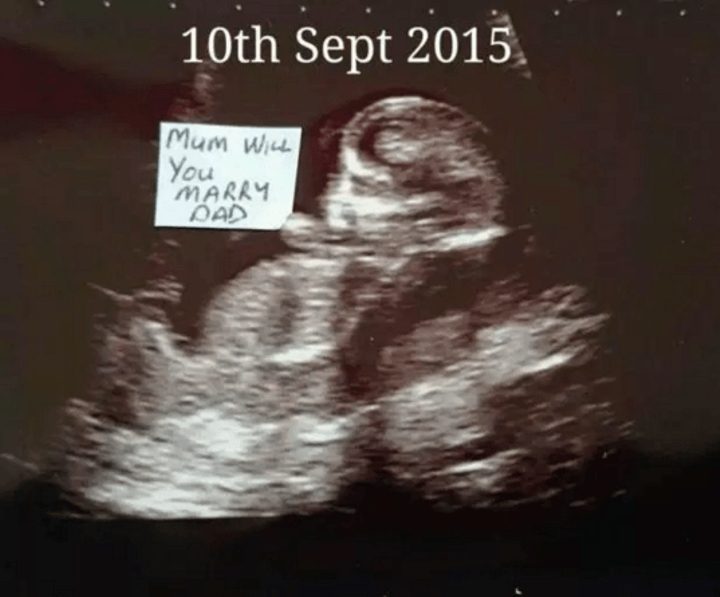 “I was totally surprised, but in hindsight it’s exactly the kind of thing he does. He likes to do romantic things. I said yes straight away, I didn’t need to think about it. I got a bit emotional but I am pregnant after all.”