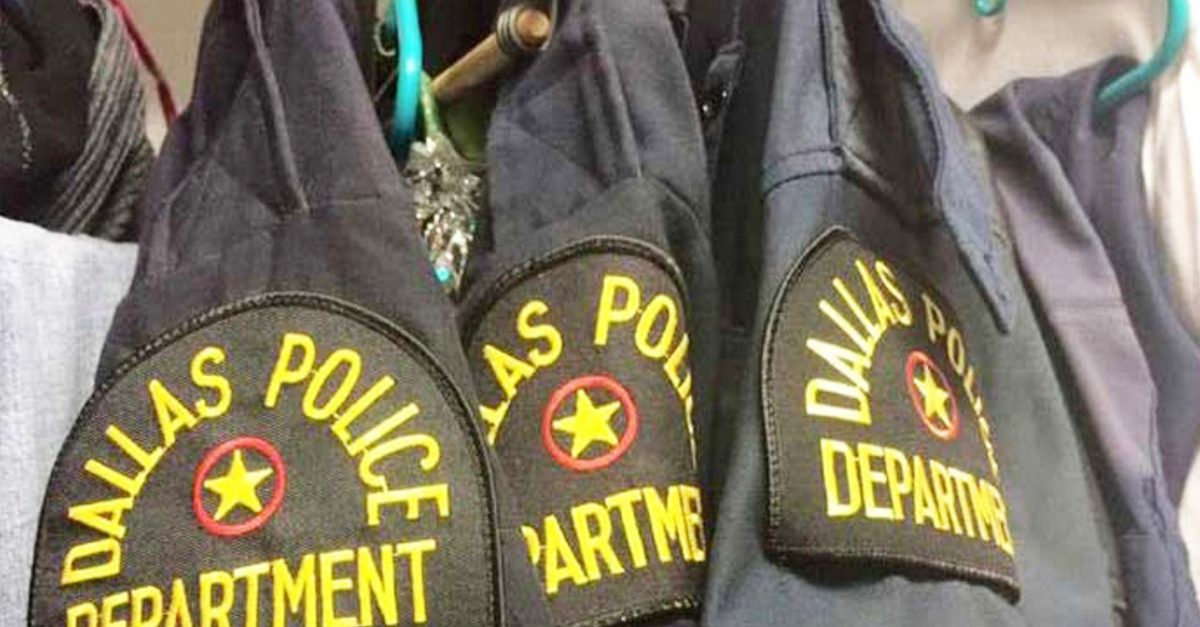 I was cleaning out my husband’s closet today, as I normally do every month, and what I saw gave me pause. I just stood there, staring at them.

My husband’s police uniforms. Not many have these hanging next to their jeans and dress shirts. He didn’t choose to wear these for the fame and fortune. He drives his old, hail-dented, hubcap-less, duct-taped, Mitsubishi to the police station every day so I can drive “his” newer truck. He hates coffee and writing tickets. He avoids donuts and cussing. There is no typical day at work. His office is his police car, his computer, inside it.

Some days he comforts victims of sexual assault or rape. Some days he gets in high-speed chases to catch a guy who shot and killed a 9-month pregnant girl in the stomach. Some days he convinces suicidal persons to keep on living. Some days he enters the stench of trash-filled, bug-infested, drug dealer apartments to see 5 kids under the age of 6 running around. Some days he gets fire ant bites from diving into flash flood waters to save a family of 4 submerged in their vehicle. Some days he jumps fences on foot chases. Some days he responds to domestic disputes never sure if he might meet a gun to his face at the door. And some days he rides his police bike and enjoys the random acts of kindness shown to him and his police friends. He loves the kind words and paid-for lunches by random strangers in restaurants.

He always tells me about them. He has a daughter who adores him and 2 sons who are so proud of him. He’s called Poppa and Pa Jason by his 2 grandchildren. He loves his giant dog Nala. Sometimes I get mad at his clothes draped over the tub and his tote bag lying on the bathroom floor with his police gun inside. Long ago, when he worked deep nights, I would be awakened to the loud sound of Velcro being detached as he removed his bulletproof vest and I’d be annoyed. Today, I’m praying for those families not much unlike mine who wish they could hear that Velcro sound again.”