Home
Humanity
Disgusting Photographic Of Plastic With Our Oceans

The photographs below show the grim reality of clear blue seas increasingly choked by a tide of discarded plastic.

Roatan, an island off the coast of Honduras, a diver grimaces as he prepares to enter the water entirely covered by waste.

Another, taken from below the waterline, shows plastic bottles, bags and other rubbish on the surface blocking out sunlight. 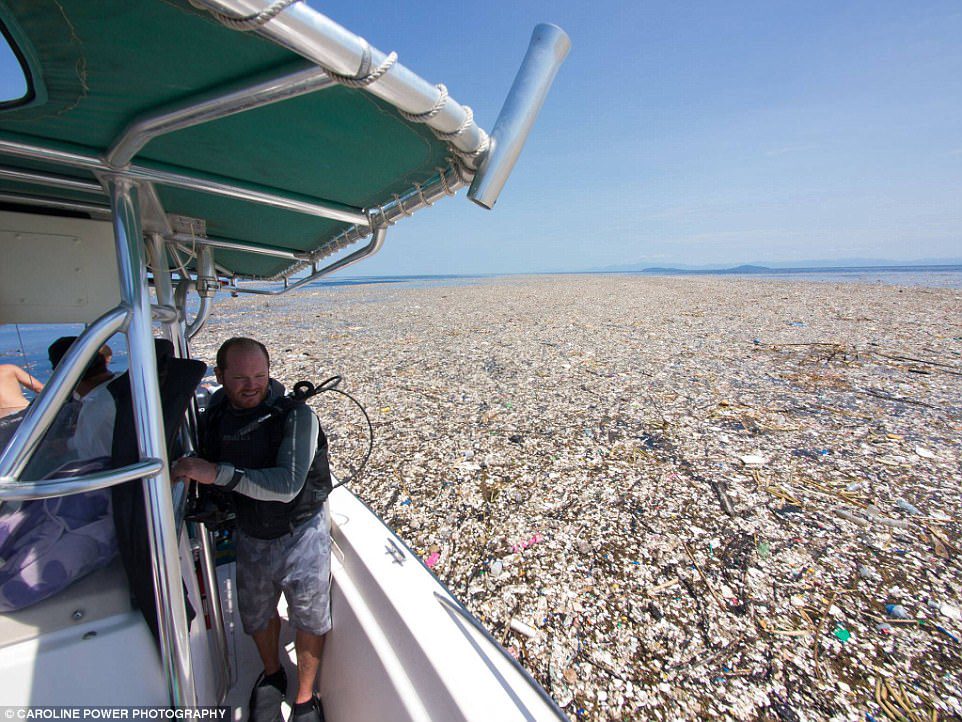 A diver grimaces as he prepares to jump into the sea covered with plastic rubbish near Roatan, an island off the coast of Honduras. 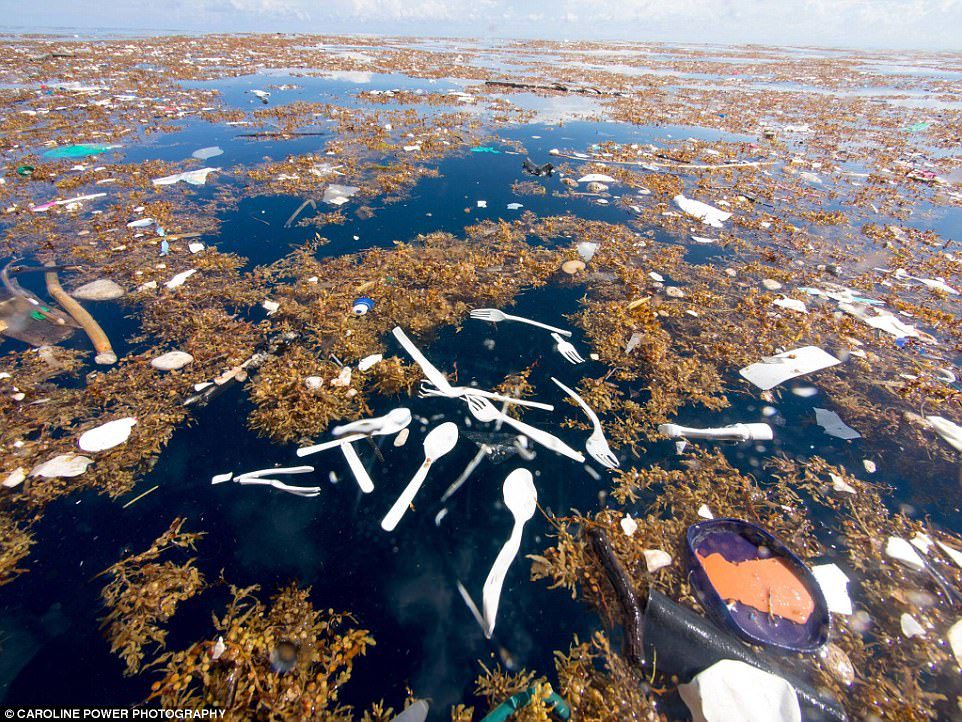 Disposable cutlery and other rubbish trapped in seaweed were washed into the sea from nearby Guatemala. It was carried on rivers swollen by the recent rainy season.

Photographer Caroline Power was so disgusted by the sight, she decided to share the images online to raise awareness of the problem. She wrote: ‘This has to stop – think about [the plastic you use in] your daily lives.’

John Hourston, of the Blue Planet Society, campaigns to protect the oceans. He said it was the worst example of plastic pollution he has seen. 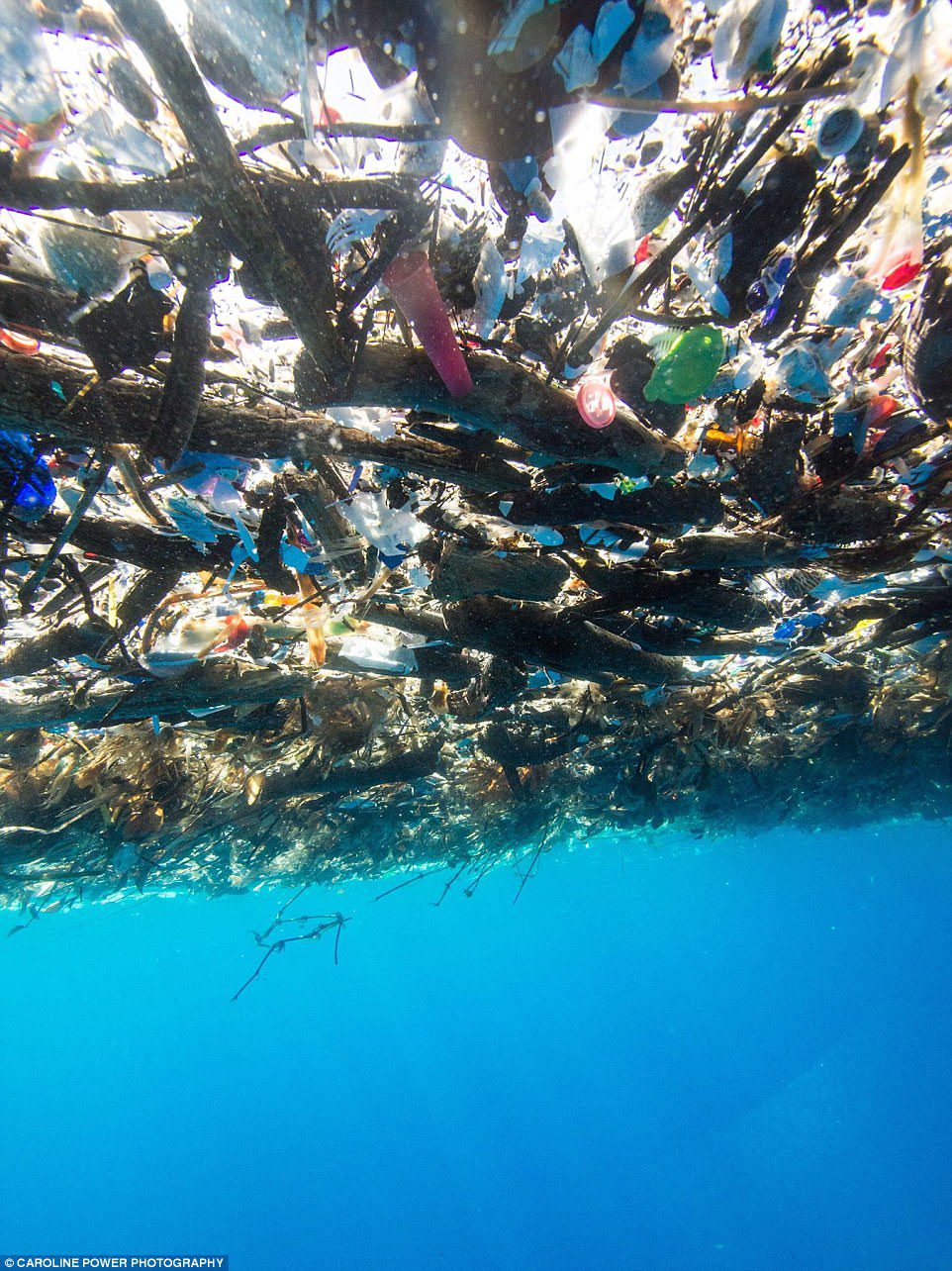 Another photograph taken from below the waterline, shows plastic bottles, bags and other rubbish on the surface blocking out sunlight. He said that plastic gets broken down into microscopic particles that enter the food chain when plankton and fish eat them.

He added: “It is thought that 90% of seabirds have ingested some sort of plastic, and there are many examples of turtles and whales mistaking plastic for food. We all have a part to play in reducing plastic waste but manufacturers and government need to take the lead. It’s a global problem which needs a global solution.”

The ‘Banish the Bags’ campaign led to a huge reduction in single-use plastic bags at supermarkets, and now we are calling for a deposit scheme on plastic bottles.

‘In a major victory for our ‘Ban The Beads’ campaign, last year ministers pledged to outlaw toxic microbeads which are poisoning our seas.