Twelve camels have been disqualified from an annual Saudi beauty contest after their owners were found to have used Botox. The animals were ejected from the King Abdulaziz Camel Festival, taking place near Riyadh, for violating strict beauty contest rules. Cash prizes for camel competitions at the 28-day festival total $57million, so the pressure to cheat can be intense. 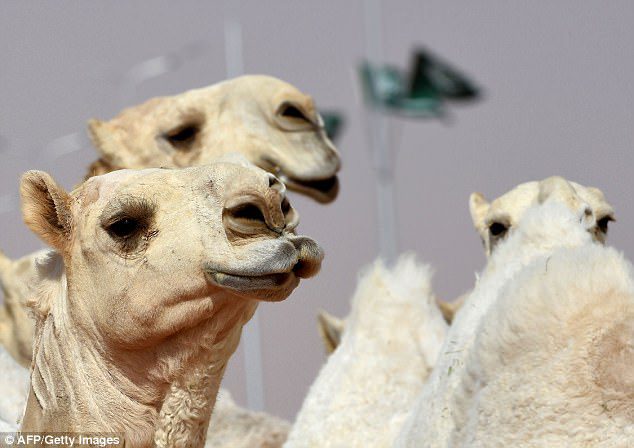 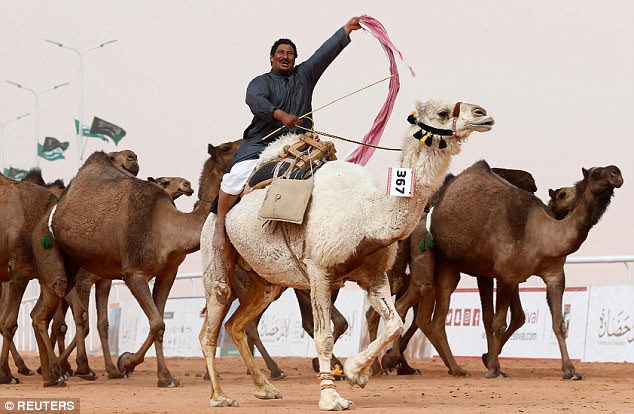 The rules of the beauty contest state that animals found with ‘drugs in the lips, shaved, dyed in any parts or with changes from the natural form’ are not allowed 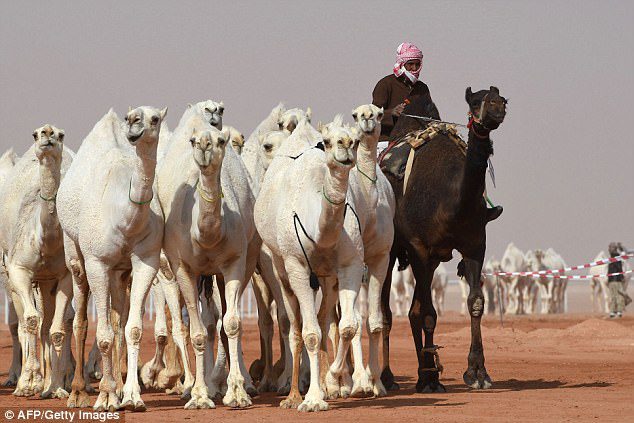 The 28-day festival, which takes place just outside Riyadh, has total prize money in excess of $57million so the pressure to succeed is intense

A new handbook was issued to beauty contest entrants last year, Newshub reports. ‘Camels that are found with drugs in the lips, shaved, dyed in any parts of the body, or with changes from the natural form are not allowed,’ the handbook says. Aside from the beauty contest, there are awards for camel racing, obedience training, camel hair art and the best photographs of camels. The chief judge of the show, Fawzan al-Madi, told Reuters: ‘The camel is a symbol of Saudi Arabia. ‘We used to preserve it out of necessity, now we preserve it as a pastime.’ In recent years the Saudi royal family has boosted the profile of the camel festival as they emphasize aspects of traditional culture, while at the same time pushing for societal reform. 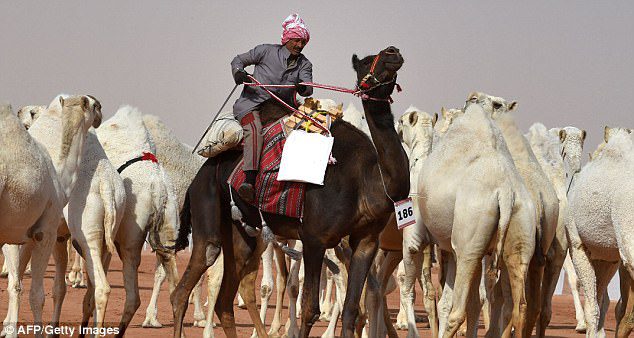 The festival also features prizes for camel racing, obedience, hair art and the best photographs of the animals 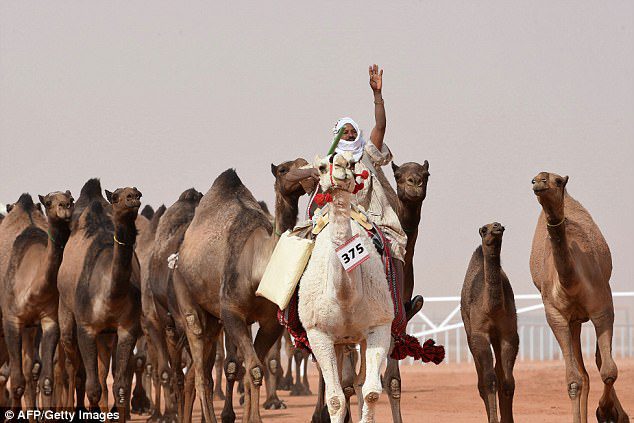 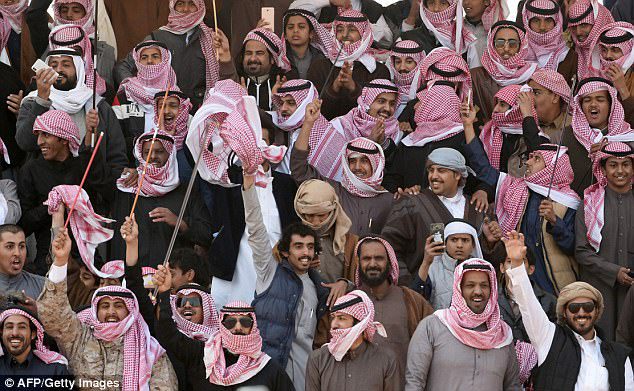 Around 300,000 people are expected to make the hour and a half trip for Riyadh to attend

Last year the event was moved from a remote desert to the outskirts of the capital. On a rocky desert plateau, the government has erected a permanent venue to host the headline events such as races and a show competition. The pavilion features an auction where top camels can fetch millions of riyals. There are food stalls and souvenir shops, a petting zoo featuring the world’s tallest and shortest camels and a museum with life-size sand sculptures of camels. There are also tents for tasting camel’s milk and viewing camel-hair textiles, and a planetarium showing how Arabs rode camels through the desert guided by the stars. Organizers say this ‘heritage village’ will expand in coming years as Crown Prince Mohammed bin Salman takes the reins through a newly-created official Camel Club established by royal decree last year. Halfway through this year’s festival, attendance is up about a third from last year, with about 300,000 people making the one and a half hour trip from Riyadh so far, said Fahd al-Semmari, a Camel Club board member. ‘The vision is for the (festival) to become a global, pioneering forum for all classes of people to come for entertainment, knowledge, and competition.’ If you know someone who might like this, please click “Share!”