Instead of immediately issuing her a ticket over something she had no idea was happening, Officer Jenkins decided he would give Chy-Niece Thacker some helpful advice.

“Don’t worry about pulling anything out,” he said to Thacker who was fumbling for her license and registration. “I just want you to know that your brake lights are out.”

Thacker, who was on her way to a job interview, was confused because she had just had the lights replaced around a month prior.

She told the officer that Firestone tried to charge her $600 just to run a test on the wiring of the car. And with a look of shock and disbelief at what Thacker just told him, Jenkins asked her to pop her trunk. 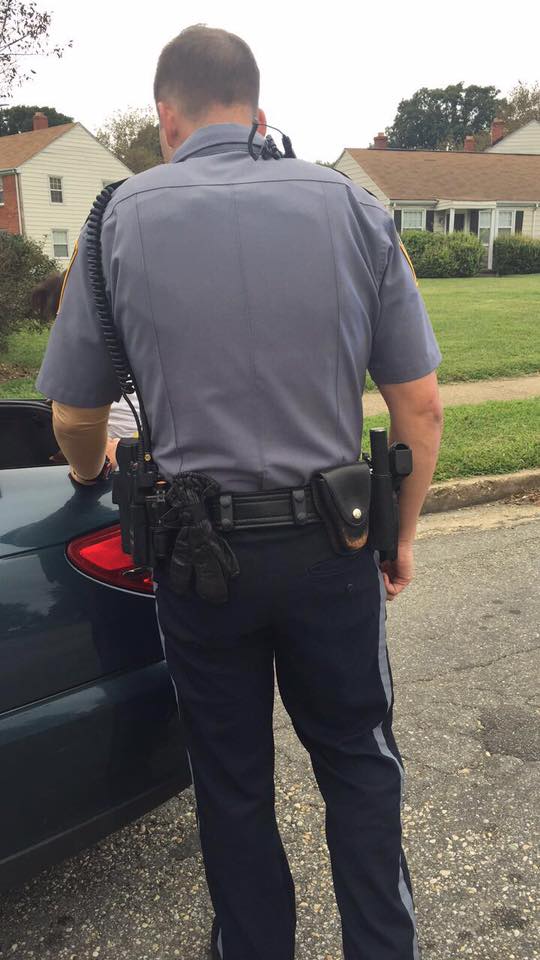 He started fiddling around with her lights tapping one of them, then the other to see if he could get them to turn on.

Thacker was touched by his act of kindness.

He could have given her a ticket, but he didn’t. Not only that, but he went out of his way to go above and beyond the call of duty to make sure she would be safe on the road. 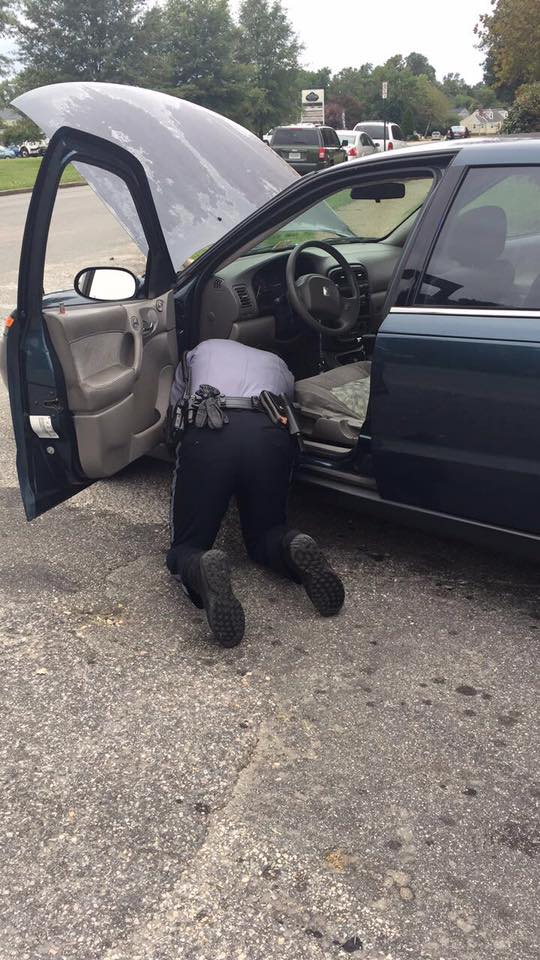 “So this happened just now. I’m on my way to go to my interview this morning when I get pulled. Both brake lights decided to go out this time. As he walked to the car and I was pulling out my stuff, he quickly said, “Don’t worry about pulling anything out. I just want you to know that your brake lights are out.” So I’m immediately upset because I just got them replaced like last month. So I explained to him how Firestone wants to charge me $600 just to run a test on the wiring of the car. He looked at me like [emoji] and told me to pop the trunk. He checked the lights in the trunk and tapped them, but they didn’t come on. So he told me to pop the hood to check the relay box then asked me to get out to check the other one. He could’ve easily given me a ticket, but Officer Jenkins stepped out of officer role and into the mechanic role to make sure I was straight. #HesABlessing” 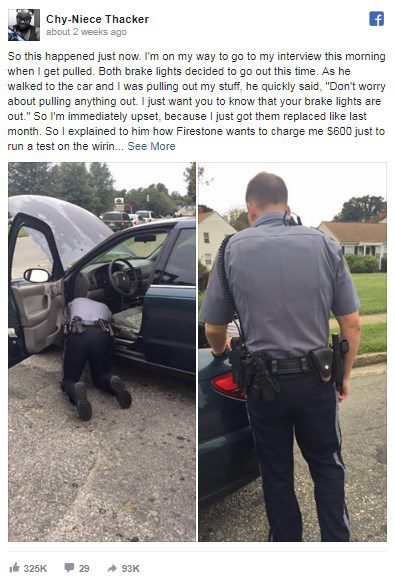 The Henrico County Police shared Thacker’s photos and thanked her for the heartfelt tribute to their officer.

“Thank you, Chy-Niece Thacker, for sharing this about one of our officers,” they wrote on Facebook. “We are so proud of our officers, especially when we see citizens share things like this. Above and beyond the call of duty, Officer Jenkins. Service to our community is what it’s all about.”

It’s nice to see officers who value their vow to protect and serve, and Jenkins’ is obviously one of those police officers.