Home
Shocking
He Assumed He Had Just Another Common Cold, But Then It Took Nearly Everything…

We all get a few colds every year. Faster or slower, we usually all get better.

Alex Lewis thought he had a common cold but in fact, it was a rare type of streptococcus. Because he chose to ignore it, he almost lost his life.

Though Streptococcus is a very common infection, it is very unpredictable when it comes to possible complications. Lewis, for example, went through an almost unbelievable set of complications. First, he got a blood poisoning. As a reaction, he got toxic shock syndrome that was followed by a coma. But, that was just the beginning of his troubles. 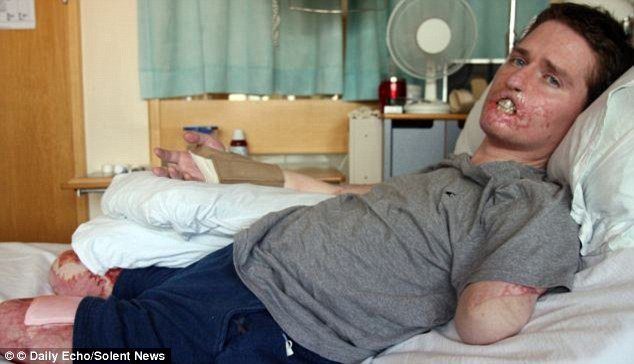 The infection literally raged all over his body. The doctors gave Lewis only a 3% chance to pull through.

He lost both legs, both arms, and his lips as well. His organs turned black, and they were dying.

Lewis went through an exhausting and long recovery. It took several plastic surgeries to repair the missing parts of his face. He also needed constant physical therapy in order to learn to deal with everyday challenges without limbs. More significantly, he was mentally and emotionally broken. One of the worst moments was when his little son Sam, only 3 years old, refused to kiss him. The boy was too afraid of his own father and his disfigured looks.

Lewis shared his memories with a documentary crew that is going to shoot his life story:

“Your face is almost unrecognizable…and for a little boy to look at that, having seen his father upright, legs, arms, looking normal…we both struggled.” 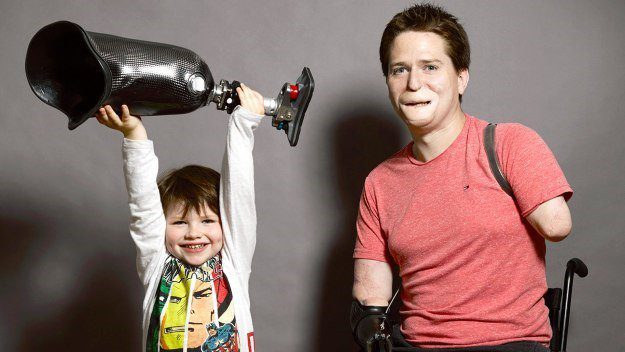 After everything he went through, this man; a father, and a husband, is doing his best to go on with his life. He explained that sentiment with these words:

“I read a book called Man’s Search for Meaning, and it said think about why you are here, and the how will follow. My ‘Why?’ is Lucy and Sam (his family) and the ‘How?’ – how I look now – that we can cope with.”

His family is trying to get donations for microprocessor knees. These can help Lewis to play with Sam again. But, the problem is they cost about $300,000. This story is all going to be in a documentary called ‘The Extraordinary Case of Alex Lewis.”