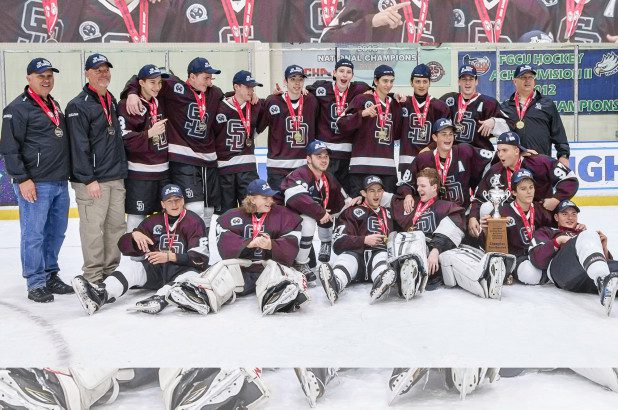 The fourth-seeded Eagles upset top-ranked East Lake 3-1 in the Sunday morning semifinals at a minor-league rink near Fort Myers, then routed Tampa Jesuit 7-4 in the afternoon finals.

Ice hockey in Florida is a club sport sponsored by Statewide Amateur Hockey of Florida.

Congrats to the #StonemanDouglasHS hockey team for winning the state championship today and moving on to nationals! Tonight on @winknews at 6, hear from the players who say this is something they’ve been striving for all season. pic.twitter.com/AqlLciySir