Home
Uncategorized
What Does The Black American Flag Mean? Here’s What You Should Know 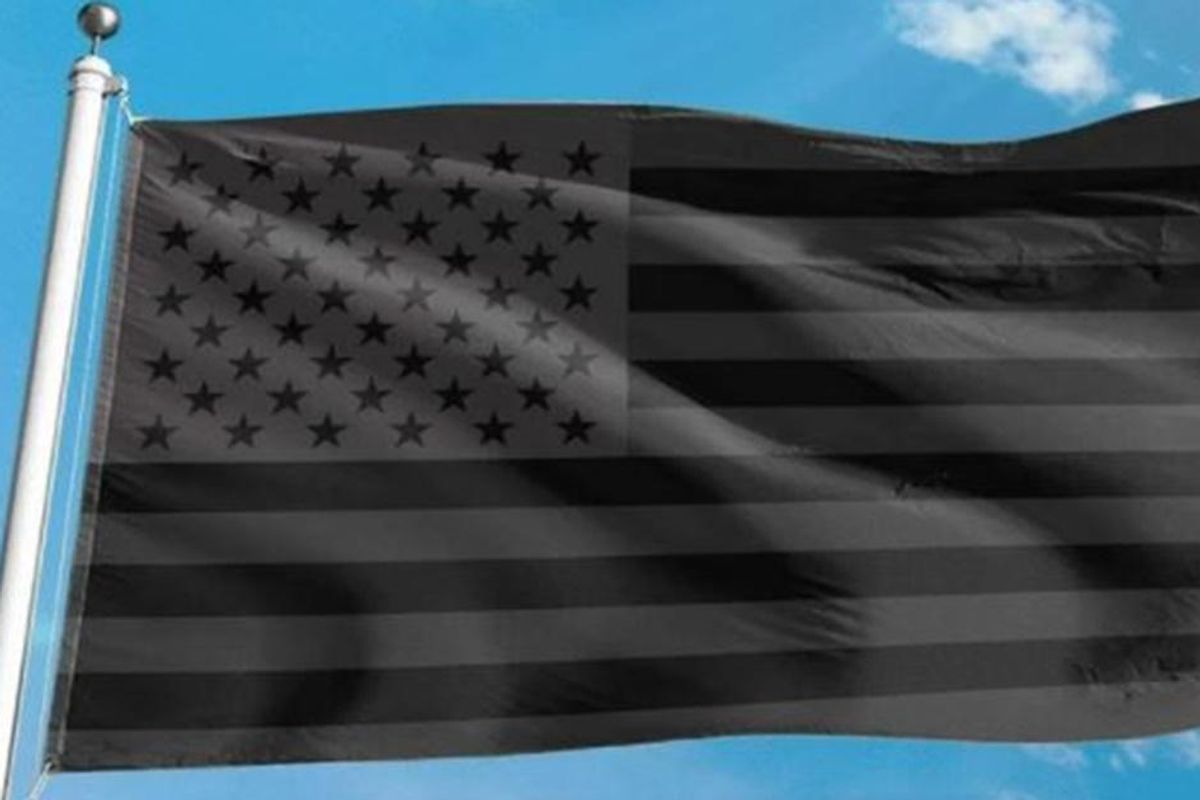 The American flag has come to represent many things for Americans. It’s often used as a symbol of national pride, but it can also stand-in for other things. Just like sexual orientation or expressing support for the various branches of the American armed forces. But what does the black American flag mean?

What Does The Black American Flag Mean?

The meaning of a black flag has been subject to many different interpretations. In general, it is used by enemy forces as an indication that no quarter will be given. It means that, during the war, enemy combatants are going to be killed rather than taken prisoner. The current meaning of the black American flag doesn’t neatly line up with what it might mean. 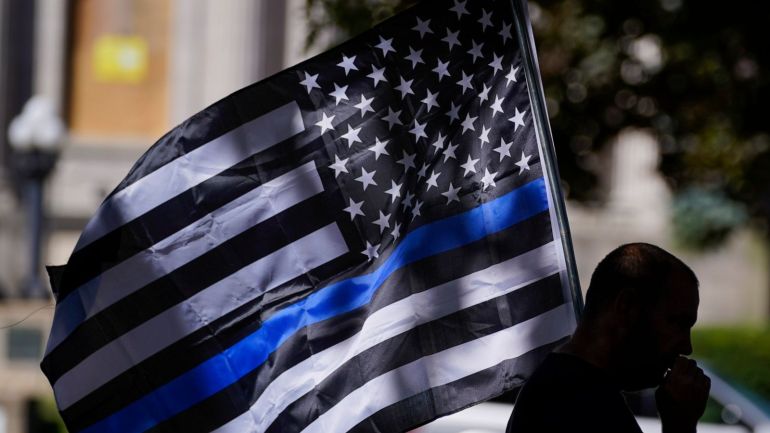 Black American flags are usually all black, with the stars and stripes becoming almost impossible to distinguish. Some are black and white, with black replacing the red and blue elements of the flag. The “Thin Blue Line” flag has gained popularity in recent years, but these recent black American flags are different which features a single blue stripe and are otherwise completely black and white.

The meaning of a totally black and white American flag is that no quarter will be given, but The Thin Blue Line (while also mostly black and white with a single blue stripe) has an entirely different message. It means support for law enforcement. Police officers work in a dangerous profession, and flying the flag is an acknowledgment of their bravery that they’re putting their lives on the line.

Some argue that the flag has become a symbol of backlash against racial justice and Black Lives Matter. They see the “Blue Lives Matter” movement as a token of the American police officers who believe they deserve more recognition for their work, even as recent years have seen an increase in Black people killed at the hands of law enforcement. 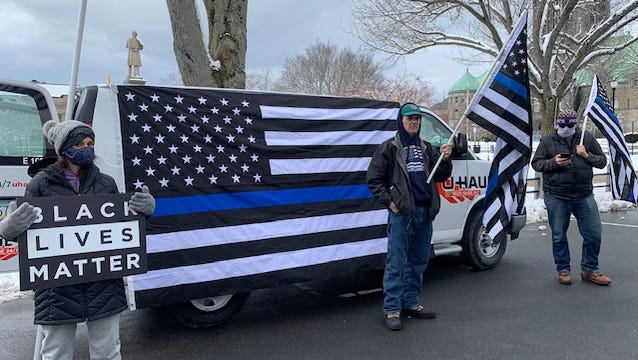 The Thin Blue Line flag has sparked controversy, but it’s also become an incredibly popular variation of the American Flag. In many parts of the country where there are high concentrations of Republican voters, you can often find them flying proudly. 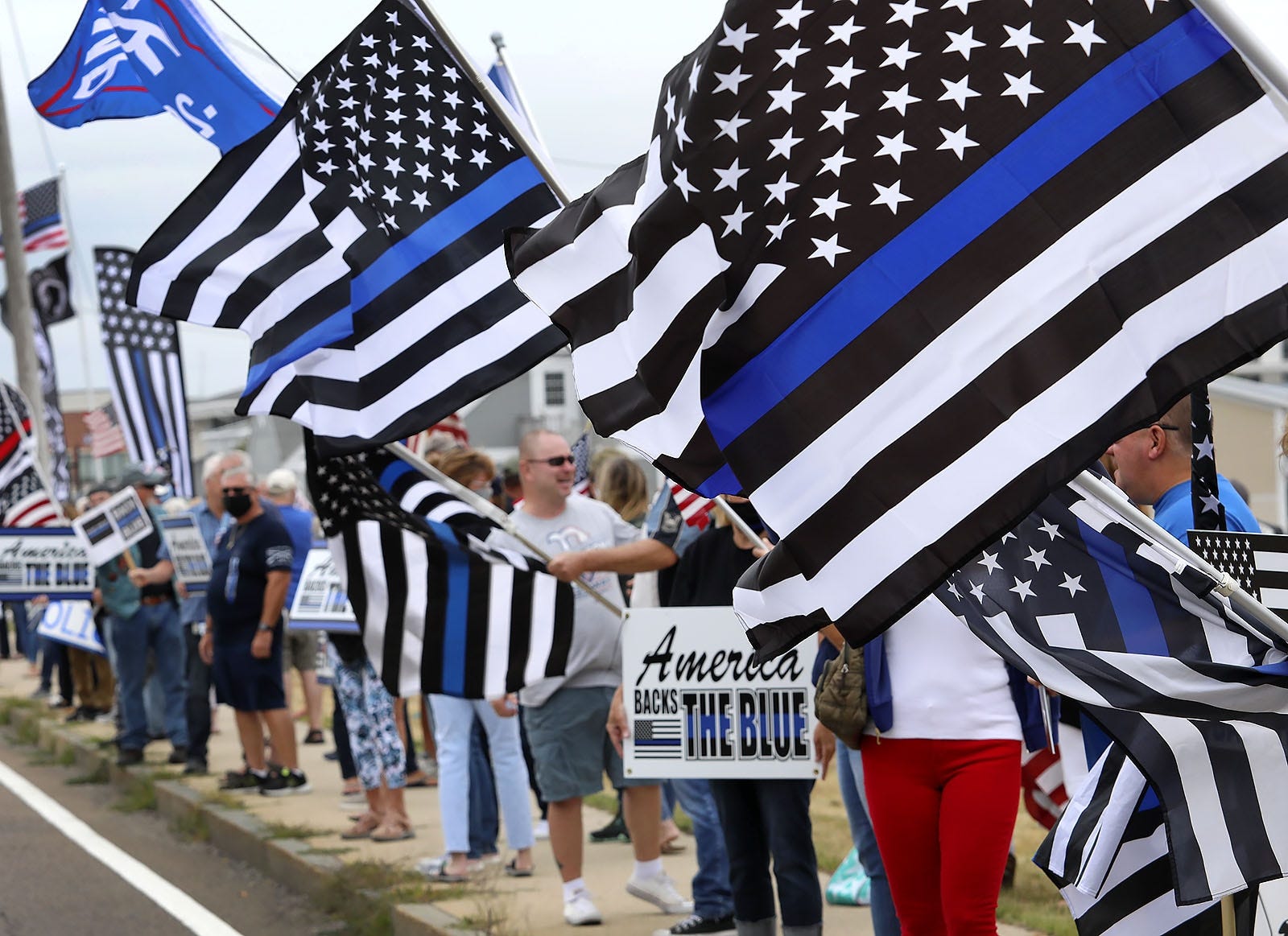 The Thin Blue Line flag has been embraced by American culture, but the Black American Flag is still not well-defined. This is also the case with every other version of the flag. Despite the American flag standing, for one thing, it really belongs to everyone. Each flags’ interpretation will depend on who you ask.