A 10-year-old girl gives her identical twin sister a tender kiss as she battles cancer for the second time and is forced to live in a sterile bubble.

After being given the all clear in March 2016, much to the delight of her twin, Gracie, the youngster was told the disease had returned just a year later.

While undergoing a life-saving bone-marrow transplant, Amelia was forced to live inside a sterilized unit, unable to see her sister, to protect her weakened immune system.

Now back in remission, the twins are once again separated, as Amelia is forced to be homeschooled, away from her sister, to fit in with her three weekly hospital appointments.

Speaking of Amelia’s relationship with her sister, their mother Susan Wilson, 48, said: ‘Her bond with Gracie is as strong as ever and nothing will come between them.’

Amelia has recently received a Star Award from Cancer Research UK Kids and Teens to commend her bravery. 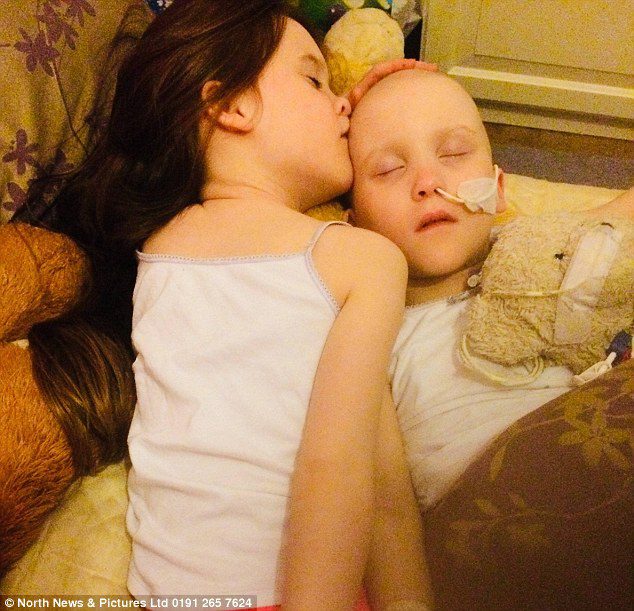 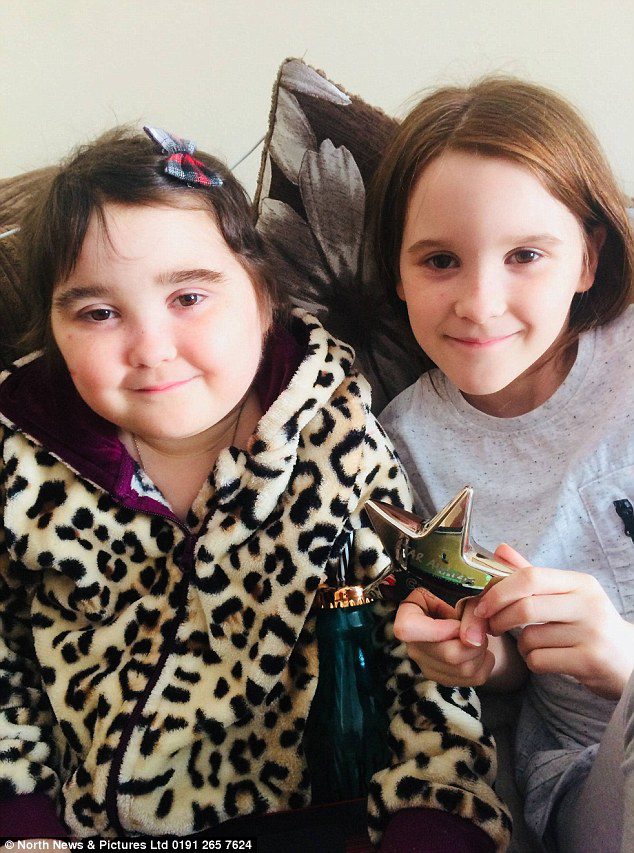 Now Amelia is in remission, she has been awarded for her bravery in battling the disease twice 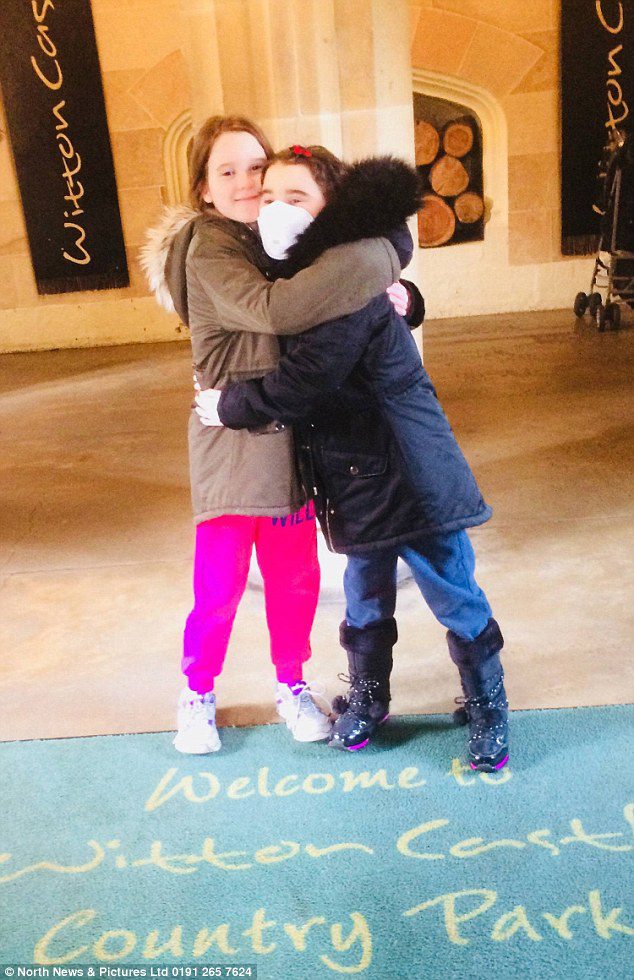 ‘It’s all a juggling act’

Due to Amelia’s high risk of infection, she cannot attend the same primary school as Gracie.

She also has to organize her daily routine around regular check-ups at Newcastle’s Royal Victoria Infirmary, where she received her transplant.

Ms. Wilson admits fitting everything it can be challenging, saying: ‘We have to make sure we get Amelia home from her hospital appointments in time to pick Gracie up from school.

‘Everyone there has been fantastic and really helped look after Gracie when Amelia was in the bubble. It’s all a juggling act.

‘I’m no longer at work and if it wasn’t for the friendships we’ve made with families on the hospital ward I don’t know what we’d do.’

Although the procedure was a success, Amelia’s transplant caused her to develop graft versus host disease (GVHD).

This occurs when donated bone-marrow cells view the recipient’s body as foreign and attack it.

Although GVHD can be life-threatening, Amelia appears to have made a full recovery. 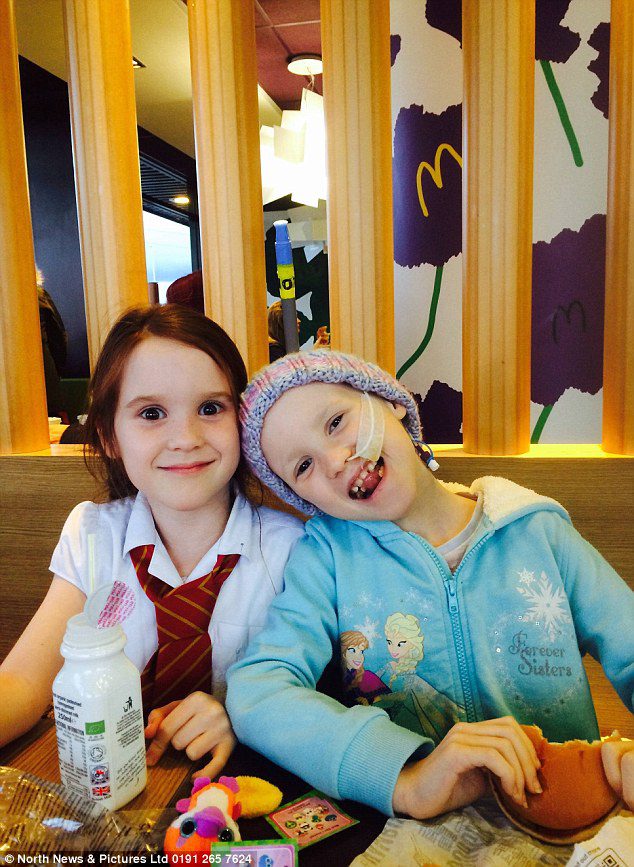 Although recovered, Amelia’s schedule has to be organized around her hospital check-ups 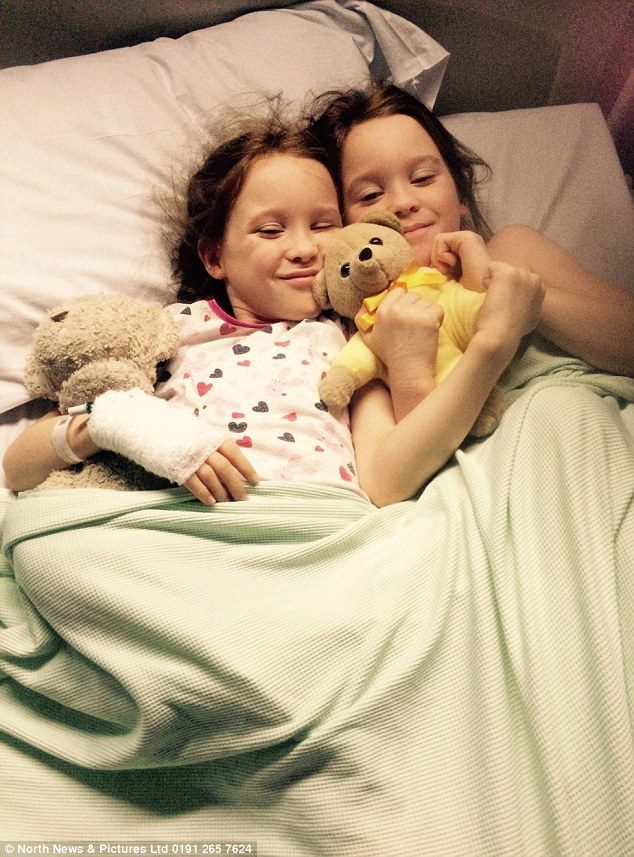 Speaking of Amelia’s award, Ms. Wilson said: ‘Awards like this are a nice way to show Amelia how brave she has been throughout this experience and also to recognize the important part Gracie plays in keeping her going.’

Lisa Millett, a spokeswoman for Cancer Research UK Kids and Teens, added: ‘Amelia is a real star – it is an absolute privilege to be able to recognize her courage by giving her this star award.

‘She has been through so much at such a young age and continues to do so.

‘Cancer can have a major impact on children and young people, and so many of them show incredible strength beyond their years during their journey.’ 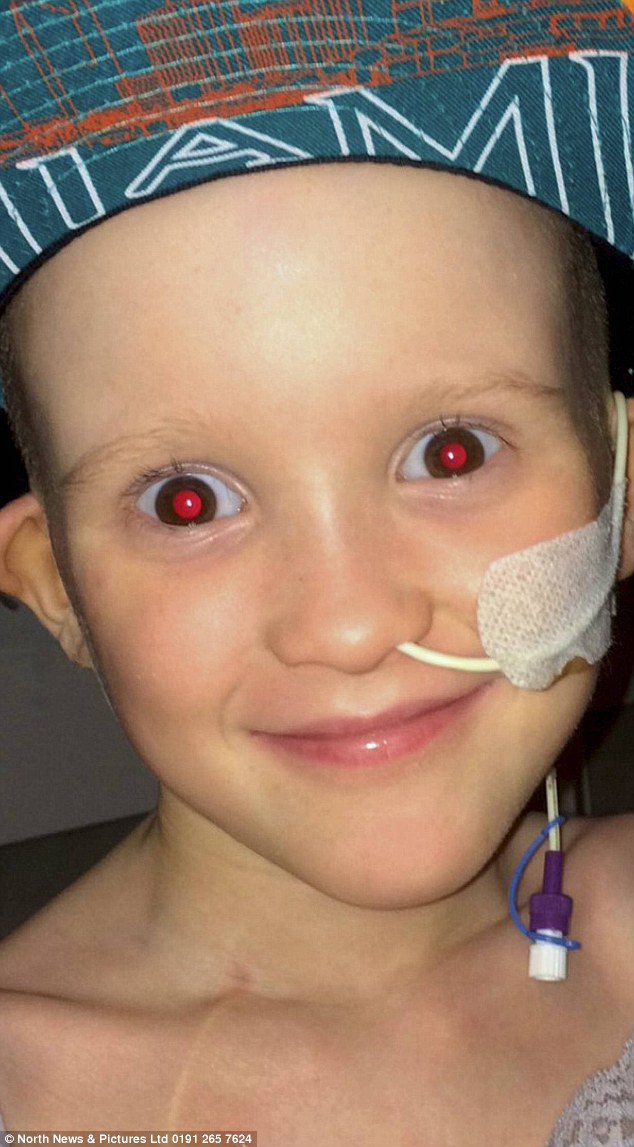 Although the bone-marrow transplant was successful, she developed a complication 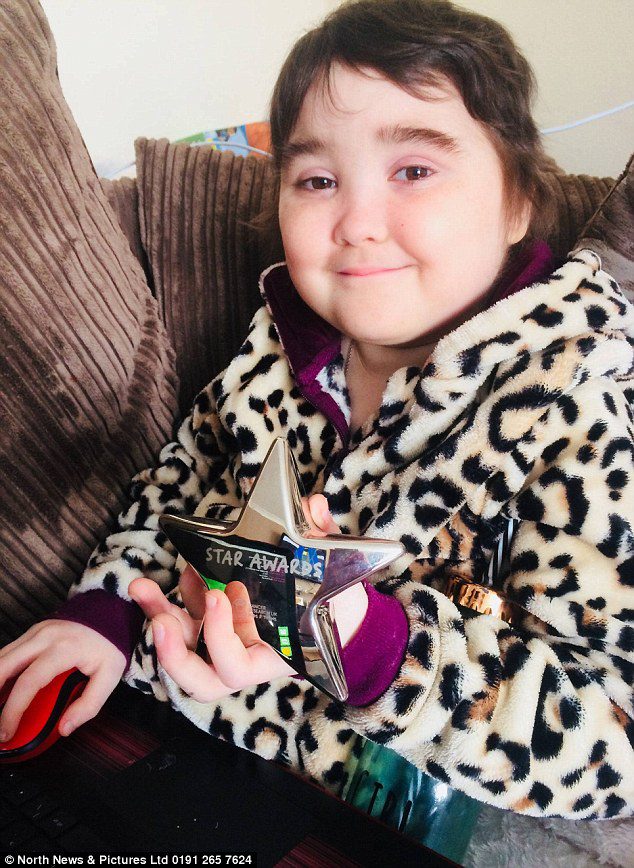