This is the heartwarming moment a baby chimpanzee co-piloted his own rescue mission.

Mussa bonded with his rescuer during their flight home together after he saved him from poachers in the Congo.

The little ape reaches down to touch the controls during the adorable clip which was taken during their flight. 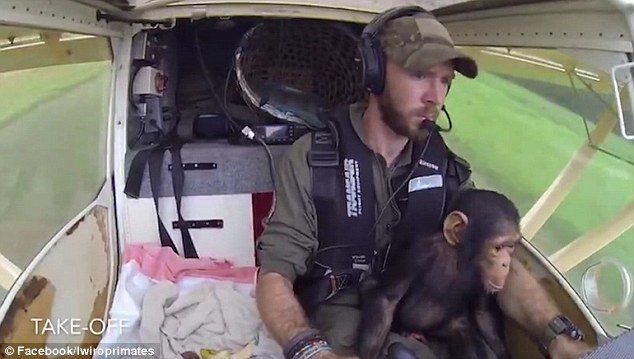 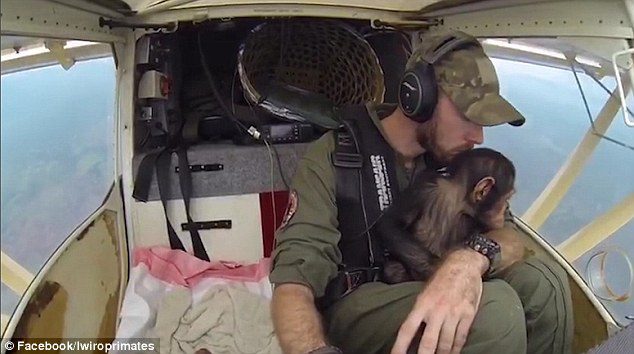 Virunga National park pilot Anthony Caere sat Mussa on his knee in a touching video which has been viewed more than 23,000 times.

Mussa looks completely relaxed as he nods off during their journey.

The pilot even plays father to the chimp and picks at the baby’s fur in a parental fashion.

The chimp is being treated for intestinal parasites, but conservationists say he is now ‘playing and laughing’ since his rescue.

Caere wrote on Instagram: ‘Great teamwork of @lwirocrpl (Lwiro Primates) and Virunga National Park to save this baby out of the hands of poachers.

‘We flew baby Mussa to his new home at Lwiro Primates. This looks cute but is actually a sad story. He should be with his mum… But happy we could give him a new good home! 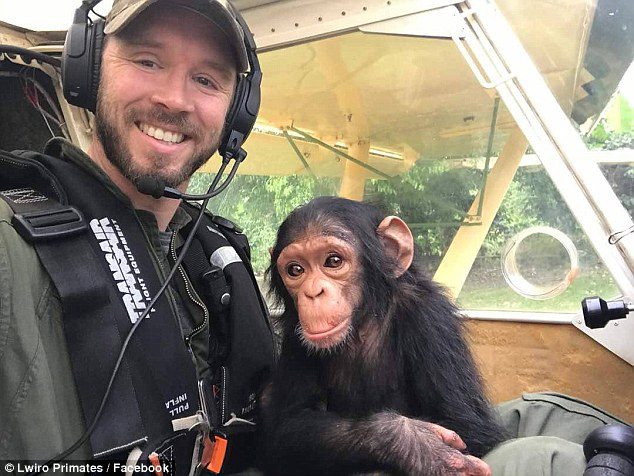 Caere wrote: ‘This looks cute but is actually a sad story. He should be with his mum… But happy we could give him a new good home!’ 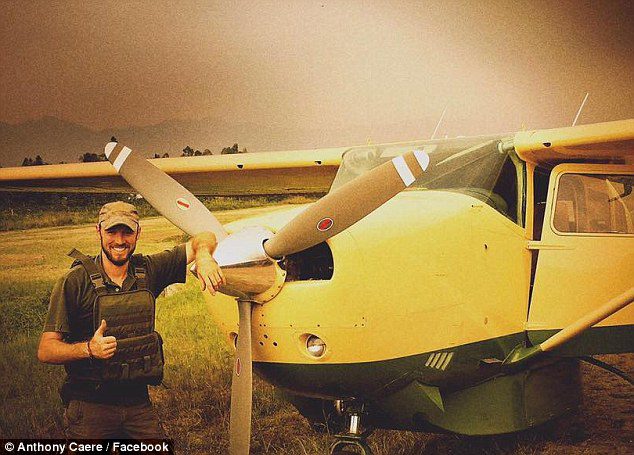 ‘Thanks to the whole team! This is conservation!’

He will be rehomed at the Lwiro Primates rescue and rehabilitation center.

Alongside the photos and video on Facebook, Lwiro Primates wrote: ‘Every rescue is an effort from a lot of people from different organizations who work together to save lives.

‘It is a beautiful moment to see the result of everybody’s implication, in this case, we save the life of Mussa…

‘Rescues are always a mix of feelings… happy because we are saving them but sad at the same time for what it means for wild populations.’ 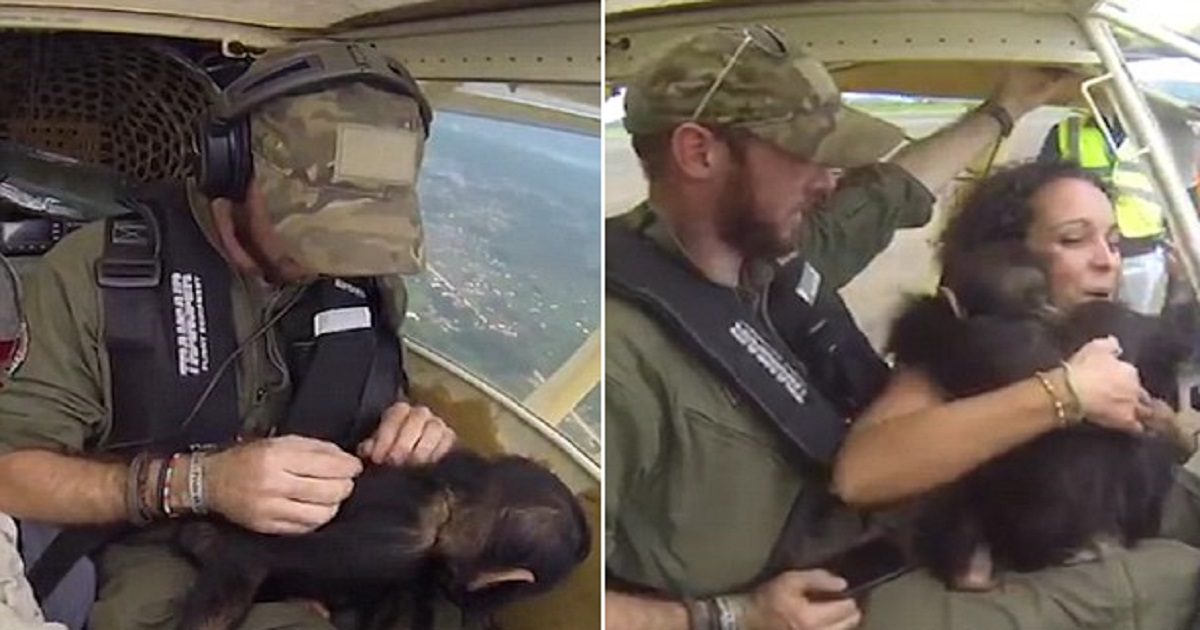