Colin Kaepernick, a free-agent quarterback is one of 10 candidates for TIME’s Person of the Year for 2017.

Kaepernick, last played for the San Francisco 49ers in 2016, joins President Donald Trump, special counsel Robert Mueller, and the #MeToo movement, on the short list for recognition. The magazine strives each year to identify “the person or group of people who most influenced the news during the past year, for better or for worse.” 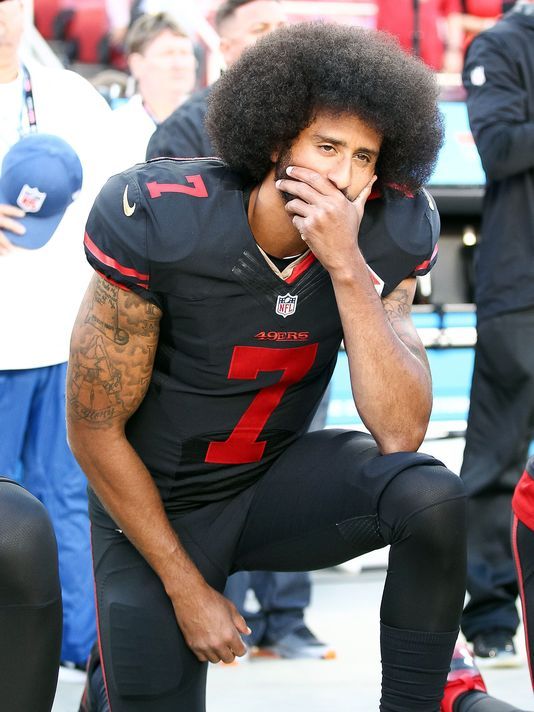 TIME will announce its latest “Person of the Year” on Wednesday, December 6, 2017.

Kaepernick became a free agent in March and has yet to sign with an NFL team this season, prompting him to file a collusion grievance against NFL owners. He was the first NFL player to take a knee during the national anthem last year, describing it as a means of protesting police brutality and racial inequality in the United States.

Dozens of NFL players have either taken a knee, sat on the bench, raised a fist or otherwise protested before games this season. It has been reported that 18 players demonstrated in some form or fashion during The Star-Spangled Banner on Sunday.

The protests have continued to draw the ire of Trump, who views them as unpatriotic and disrespectful to the military. He most recently called the NFL “weak and out of control” on Twitter.

Kaepernick’s initial protest sparked a wave of related demonstrations, particularly after Trump used an expletive to describe those who kneel during the anthem. Kaepernick made a rare public appearance at an ACLU event.