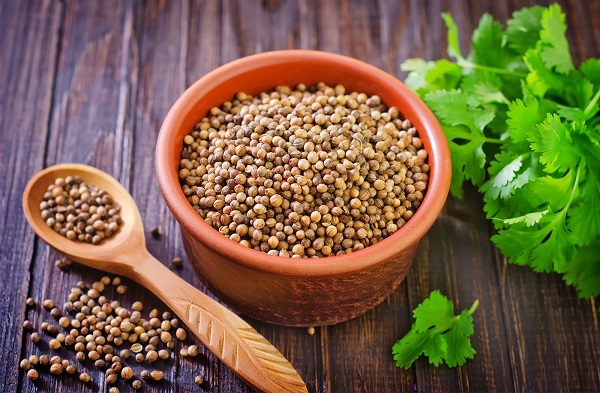 If you often cook meals at home, you might find yourself in a pinch when you’ve run out of your favorite spice. The leaves and seeds of the coriander plant are traditional staples in cooking around the world. While it has a unique taste, coriander can be swapped for several other spices and herbs. Here is the best coriander substitute.

But what’s the difference between ground coriander, coriander seeds, and cilantro?

Coriander is a versatile spice that can be used in many different ways. When it’s not specified which variation to use, things get tricky- but don’t worry! We’ve got your back with this guide for how each variable affects flavor and dietary needs. 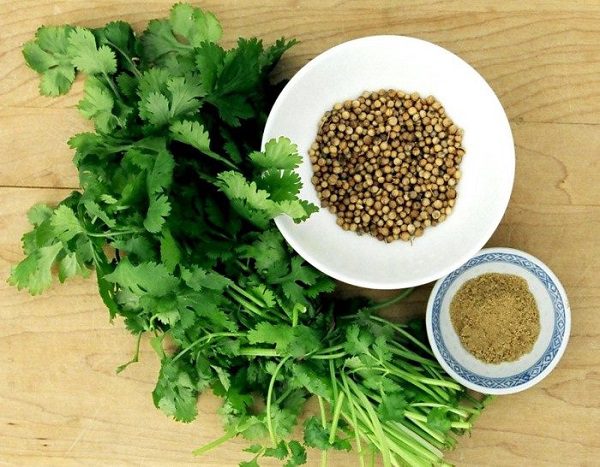 Ground coriander is the powdered spice you’re most likely to use when making a curry, jazzing up grilled meat, or adding flavor to roasted veggies. It’s a staple in Indian and Middle Eastern dishes and kitchens. But where does ground coriander come from? Coriander seeds, typically sold dried, are often used in pickling blends and bring a little spice to fermented vegetables, like kimchi. Finally, cilantro is actually the Spanish word for “coriander leaves.” (Confused yet?) Cilantro is the leafy part of the same plant, and it’s the stuff you’re used to chopping up and putting in your guacamole. (It’s also the herb that can taste like soap to some people—luckily, both ground coriander and coriander seeds have a mellower flavor.) It’s used widely in Indian and Middle Eastern cooking, as well as in Mexican, Latin American, and South American dishes.

What can I substitute for each?

1. Cumin- When a dish calls for ground coriander, there’s usually cumin as well. The two spices compliment each other and have an agreeably nutty flavor that both are jam-packed with spice to spare! Cumin is more aggressive than its counterpart so don’t go overboard when adding just one little dash–unless you really enjoy it which of course would make sense since this taste sensation was made by some crazy chef who went totally bonkers over bomb after bomb of delightful flavors in their specialty pasta sauce recipe.

2. Caraway- Like coriander, caraway comes in both whole seeds and a ground powder. It tastes so similar to the spice that it’s hard to tell them apart! Technically there are just enough hints of extra sweetness for us sauce eaters out here who prefer their food with more zing- galore – but swapping this one good deed will make your life easier every time you want something spiced up without having too many ingredients on hand at once or doubling up when making pesto.

3. Garam masala- This spice is useful to have on hand if you’re cooking an Indian dish. Garam masala has earthy flavors like peppercorn, coriander, cloves cumin cinnamon, and bay leaves that are different from pure ground Coriander so it’s best used in small amounts when substituting for garlicky green goodness of a dish such as slow cooker chicken tikka masala with this special blend added!

4. Curry powder- Curry powder is a blend of spices, not one single spice. Curry’s often include herbs and spices like turmeric, chili powder, coriander garam masala cumin cardamon. Adding a dash can add that extra flavor you’re looking for when cooking – try adding some curry powder to your next recipe!

1. Parsley- Cilantro, and parsley are actually from the same plant family. Cilantrillo, or cilantro as it’s more commonly known by many people who don’t like its taste (and there is a lot of them), grow on plants in your kitchen! If you can get past that bitter aftertaste try adding some fresh herbs for an extra kick to any dish—just remember not too much because this herb has slightly stronger flavors than other types such as salad burners do. (But don’t worry: You’ll be able to enjoy all those nasties without having any worries about using up all our groceries).

2. Basil- Italian basil is more commonly used for pesto, but it can also add some aroma to your dish. Thai basils are reminiscent of cilantro because they have a similar flavor and aromatics that lend themselves well in dishes with less sugar or those which would handle sweetness better if there’s no way around adding something salty like soy sauce. If you’re lucky enough to find grocery store stocks this type then buy as much stock up-the herb does not grow easily!

3. An herb mixture- Get creative with your favorite ingredients to bring the flavor of an easy lentil soup recipe to another level. For example, try adding some tarragon leaves for an invigorating taste of rosemary stems as it has more depth than cilantro would on its own. You can also experiment by using parsley instead!