Transparency and authenticity are two of the biggest buzz words in the fashion industry right now.

So when body positive model La’Tecia Thomas saw a picture of herself that had been Photoshopped to remove her cellulite and ‘fat rolls’, she felt compelled to point out that ‘what you see online or in the media isn’t always the complete truth.’

Posting a photo that had been retouched alongside one that hadn’t on Instagram, the 26 year-old model and make-up artist, who is originally from Melbourne, Australia but is now based in Los Angeles, added that the side-by-side acted as the perfect reminder ‘to not compare yourself to anyone else’. 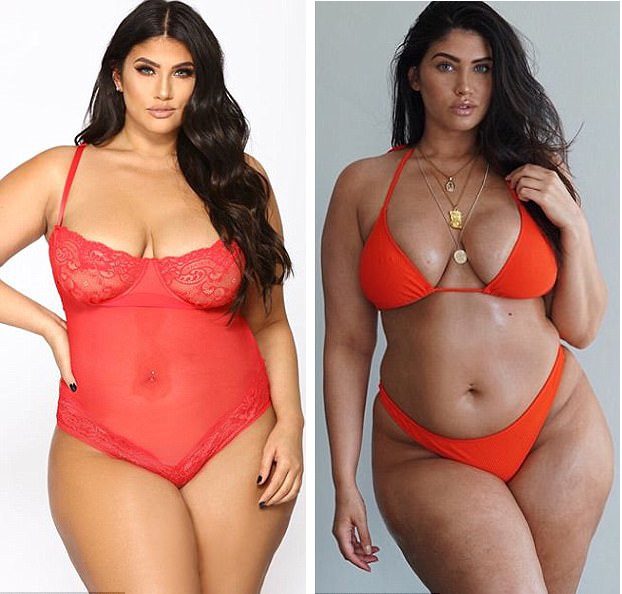 Real: La’Tecia Thomas, 26, a model and make-up artist originally from Melbourne, Australia is now based in LA, has posted this retouched (left) vs real (right) side-by-side on Instagram 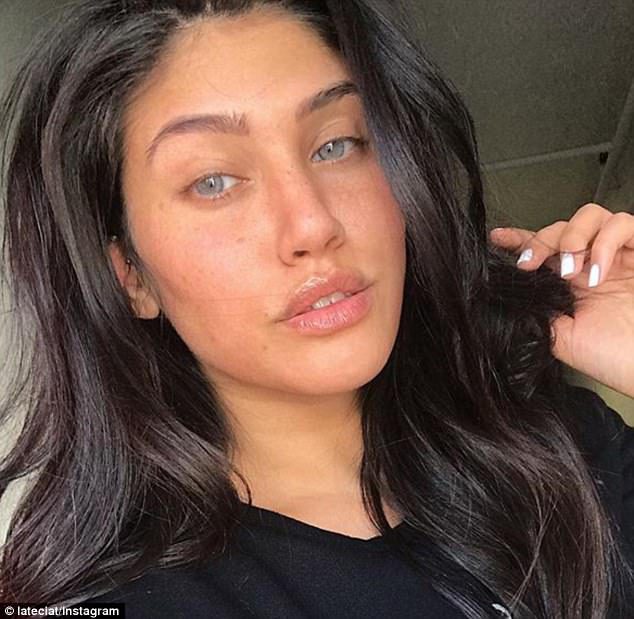 Truth: La’Tecia shared with her Instagram followers that she felt compelled to point out that ‘what you see online or in the media isn’t always the complete truth’ 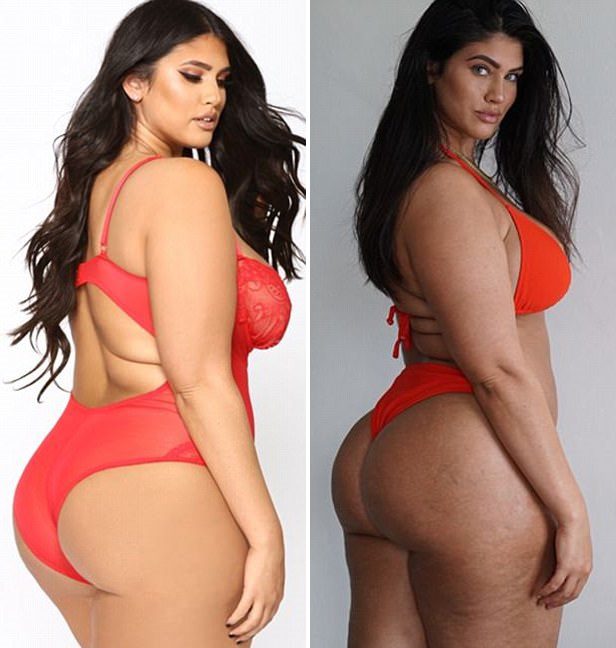 Back-to-back: The body positive model shared how the retouched picture (left) had removed her cellulite and ‘fat rolls’ compared to her unaltered image (right)

She added: ‘When I look at the left images I’m like damn can I please look like that and its Fk$!n ME!?! If I can’t be that person on the left (which is absurd because it’s me) then I can only imagine the effect this has on women.’

Taken around the same time, in the retouched photo, La’Tecia’s skin has been airbrushed to remove any hint of cellulite.

Her hips have also been smoothed out.

‘I think my big arms, my cellulite, my back rolls, the dimples on my butt look fine in the natural shot,’ she shared.

However, acknowledging that she can’t have control over every single image, La’Tecia added that her goal is to always keep her social media pictures unaltered.

‘I think both images are beautiful but be realistic with yourself, you don’t need to look a certain way to be appreciated and know that you’re worthy,’ she concluded.

The brunette beauty has been open in the past about her own body issues and revealed in November 2017 that ditching her grueling workouts and diet in favor of a more relaxed approach had made her happier. 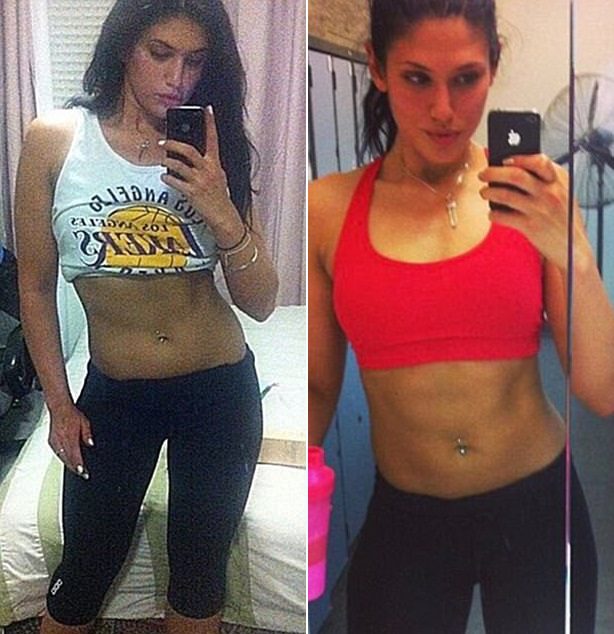 Unhappy: La’Tecia used to be a size 2 but was unhappy at this size 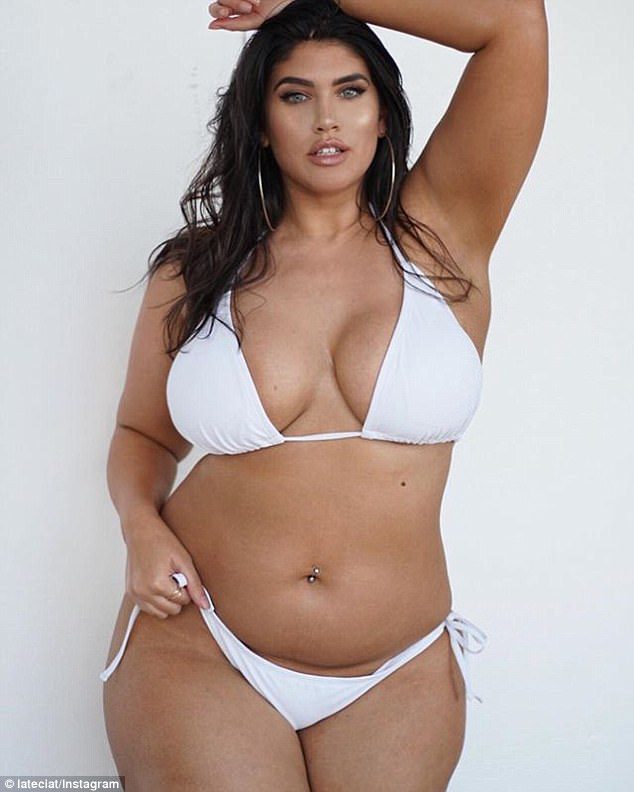 New woman: La’Tecia acknowledged she can’t be in control of every photo, so shared with her Instagram following that she will never airbrush the pictures she posts herself 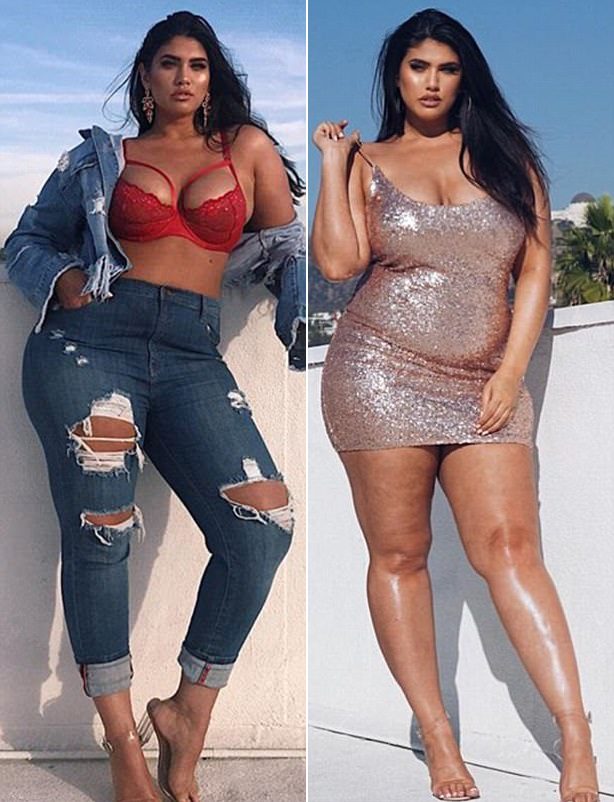 Comparison: La’Tecia highlighted that she can only ‘imagine’ the effect seeing airbrushed pictures has on women 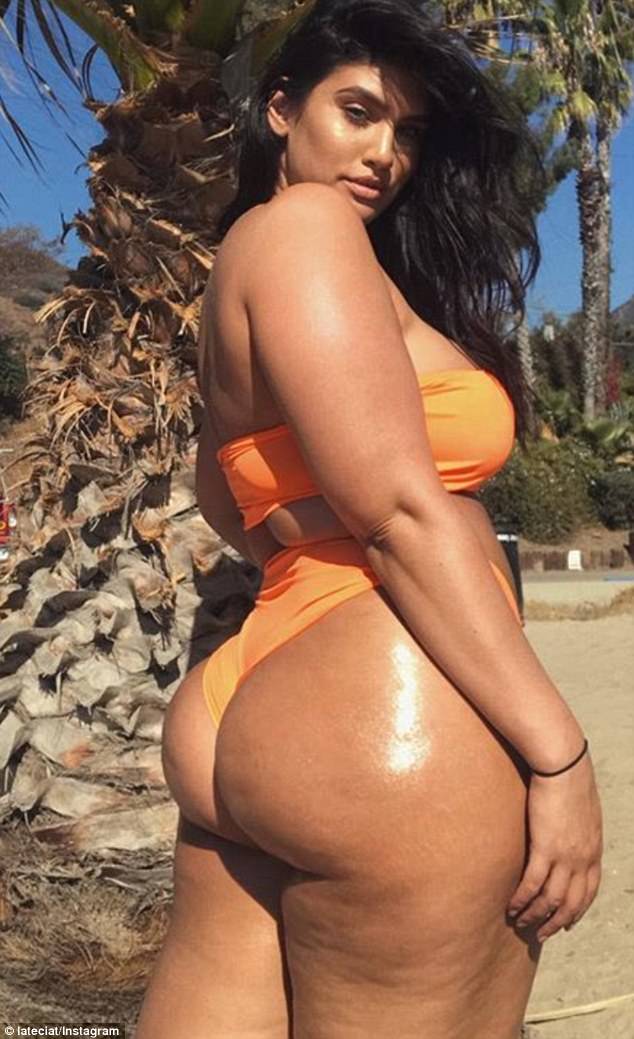 Self-love: The model also shared how her mindset is different and she now has a positive relationship with her body

Appearing on The Morning Show in her native Australia, La’Tecia explained how although she still exercises every day, she doesn’t ‘obsess over numbers’ and is living a more balanced life.

‘I’m definitely a lot happier than what I used to be – and even if I were to lose weight now, I know I’ll be in a better place because my mind is in a healthy place.

And in December 2017, she posted another side-by-side before and after photo on her Instagram page to highlight this point.

Featuring a photo of La’Tecia at a much lower weight when she was training for a bikini competition on one side with a more recent snap on the other, she wrote: ‘I was insecure, I compared my self to other women, constantly put myself down and never felt good enough, I’d rather be caught dead than seen in a swimsuit.’

She went on to explain that her ‘mindset’ is now different.

‘I’m not saying that you will be happier on the opposite spectrum but I think it’s important to have a positive relationship between your mind and your body first and foremost at whatever size you may be,’ she added.