A pre-op transgender man who chose to delay his hormone therapy so he could carry a baby says he was ‘repulsed’ by his changing body while pregnant.

Dorian, 24, from Glastonbury, Somerset, who was born a woman but identifies as male, fell pregnant with the assistance of a sperm donor but says he has been left with body dysmorphia after his breasts grew larger and he developed a baby bump.

He was supported by his husband Alex – who also identifies as a transgender male – as they prepared to welcome their baby son, Julian.

Dorian, who came out as transgender five years ago, explains how he felt about his appearance in the BBC Three documentary Pregnant Dad.

Speaking on the show during his pregnancy, he says: ‘I am proud of my bump because there’s a baby, but I am just really repulsed by my body at the moment. 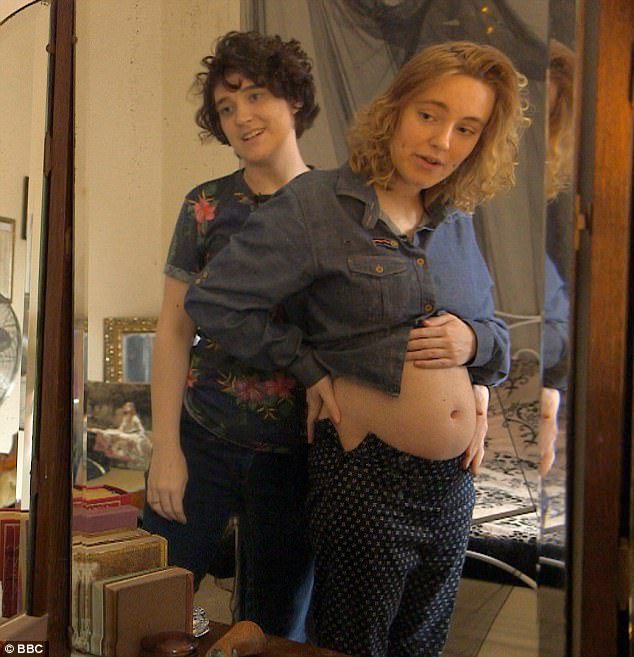 BBC Three cameras follow Dorian (right) who is pregnant with his first child with husband Alex (left), he chose to delay hormone therapy to have a baby

‘So that’s why I have been wearing baggy things to hide it as long as possible. I don’t like the effect it is having on me in general.’

The cameras followed the couple up to and following Julian’s birth, at which point Dorian also reveals his struggle with breastfeeding, something which he and Alex decided to rename ‘chest-feeding’ in a bid to keep it gender neutral. 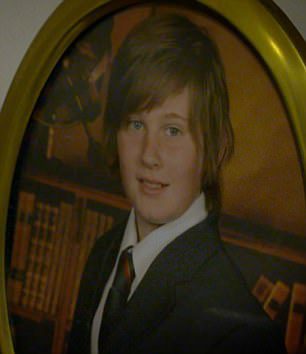 ‘I pop him on and then cover up with a scarf like I would outside. I just let him get on with it really, it’s how I am dealing with it,’ he says.

‘It is very very weird. When I visualize that part of my body I find a picture of it very fuzzy, now there is actually a reason for them being there, which takes the edge off a little bit,’ he explains.

Transgender people frequently suffer from gender dysphoria – the feeling that their body doesn’t match their gender identity – and that has been shown to be heightened in pregnant transgender men.

Dorian had hoped to have a home birth to avoid being misgendered and help with his dysphoria, but due to complications had to be rushed to a hospital. 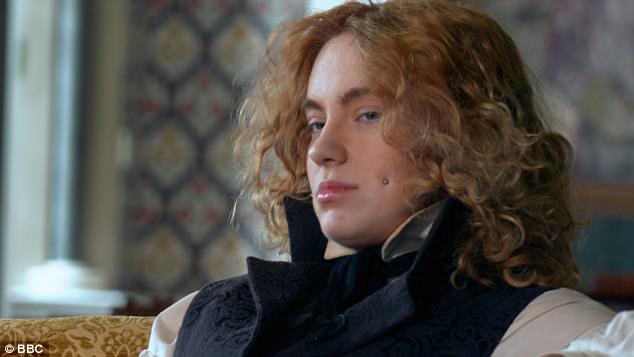 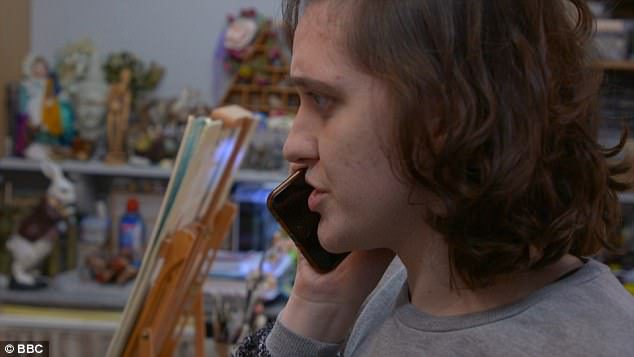 The couple explained that despite their own issues with gender growing up, they had chosen to refer to their son using male pronouns.

‘To me for my child to be gender neutral is kind of forcing him to go through [a] “what is my gender” mentality,’ Alex explains.

Despite a close relationship with his professional artist mother Linda, she is still finding it difficult to let go of the daughter she had.

When Dorian was younger he would wear extravagant costumes, dresses, and corsets which his mother would then transform into an art piece – many of the paintings of him as a female are still on display in her art gallery.

‘I wasn’t sure whether it was to do with his sexuality or if he just wanted to dress up as a boy. But I realized he was serious when he said he didn’t like his boobs.’

Dorian says: ‘It’s definitely fair to say that my relationship with my mum is complicated.

‘Particularly paintings of me that she used me as a model when I was in my early teens are really quite difficult for me to see because a lot of them are very womanly; I suppose is the only way to word it, very shapely and lots of curves.

‘It’s uncomfortable to see that and reminded that that’s me, I am very detached from it.’ 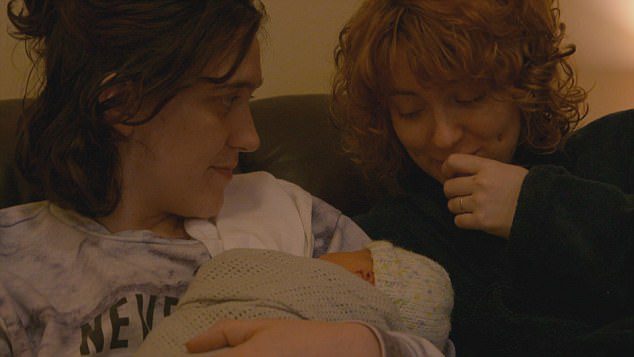 After the couple welcomed their son Julian, they encountered difficulties when trying to register his birth as to men – when they had not legally changed their gender 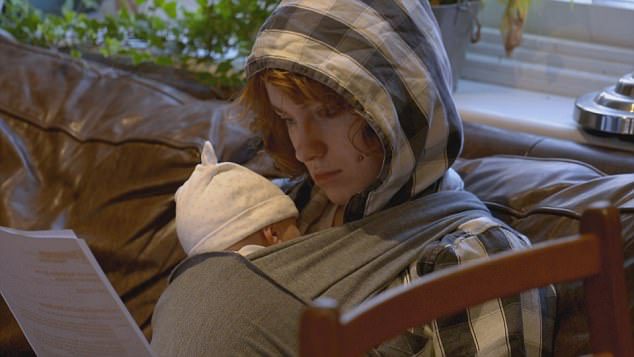 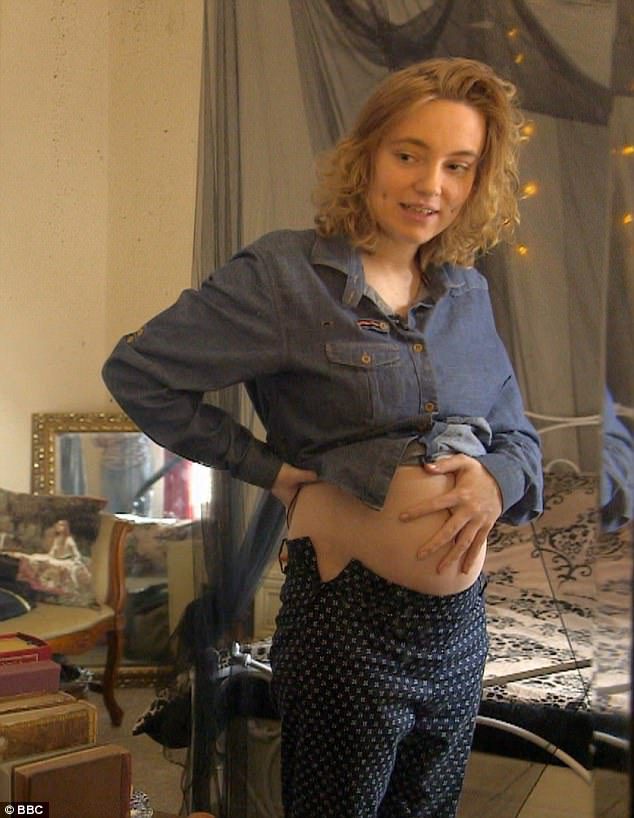 Dorian struggled with his changing figure throughout the pregnancy, saying he was disgusted with how his body looked too feminine

After the birth Dorian and Alex encountered even more problems when they came to register their son.

As neither of them had legally changed their gender and because Dorian had given birth he had to be listed as Julian’s mother, and Alex as his second mother.

Alex is shown breaking down in tears upon learning the news on camera: ‘That is just really heartbreaking for Dorian and I.’

According to current legislation, it isn’t possible for the gender of the parents to be changed, however, the government is planning to review the 2004 gender recognition act to make the process of legally changing gender simpler.

Dorian reveals his hope for the change to happen sooner and shares his worries for his baby son: ‘That will screw things up for him.

‘It makes me feel like c*** because he is always going to know me as his father but his birth certificate, which is going to be seen by official people is going to be incorrect and that really p***** me off if I’m honest.’