A female passenger was spotted drying her knickers beneath an overhead air vent while on a flight to Moscow.

The unnamed woman, who was flying from Antalya, Turkey, to the Russian capital, was filmed holding her pants overhead during the flight.

Other passengers said she had not seemed embarrassed while drying her underwear on the Ural Airlines flight, and spent at least 20 minutes holding them up above her. 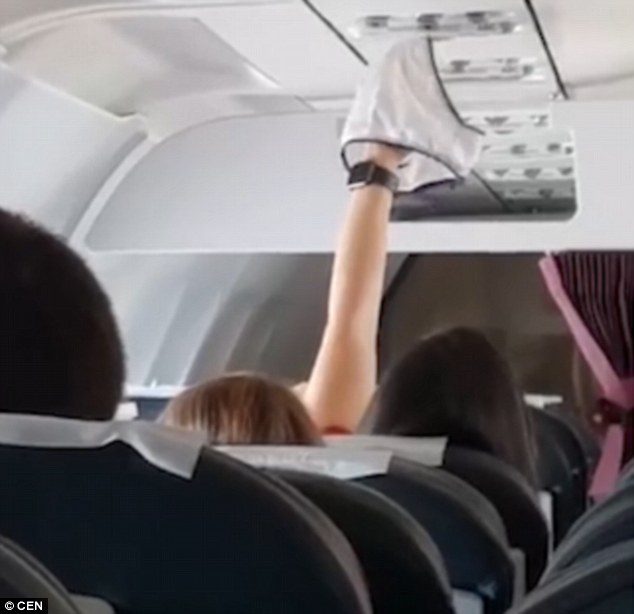 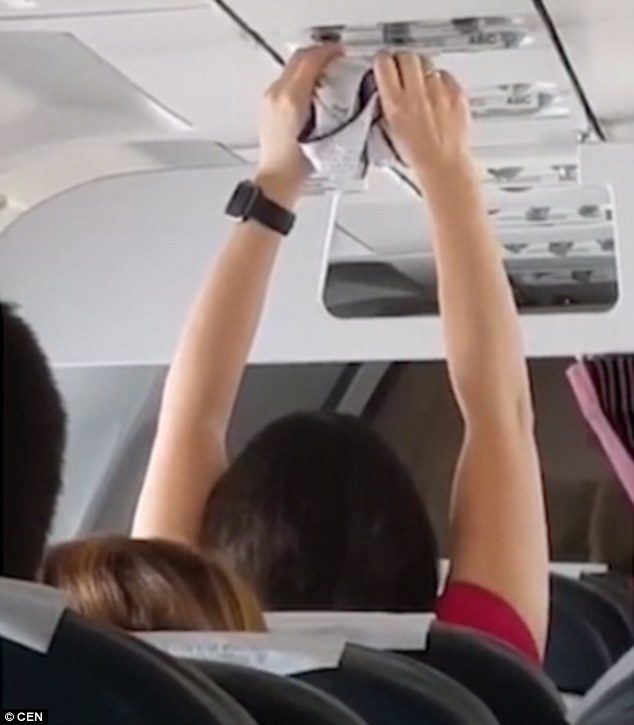 One eyewitness described how shocked passengers on the flight had remained silent after spotting her unusual behavior.

The passenger, who wished to remain anonymous, commented: ‘Everybody was looking with interest and confusion, but everybody remained silent.’

A video of the woman drying her underwear filmed by a passenger has since been shared on social media in Russia, with some defending her actions.

In fact, one person suggested the pants may have belonged to the woman’s child. 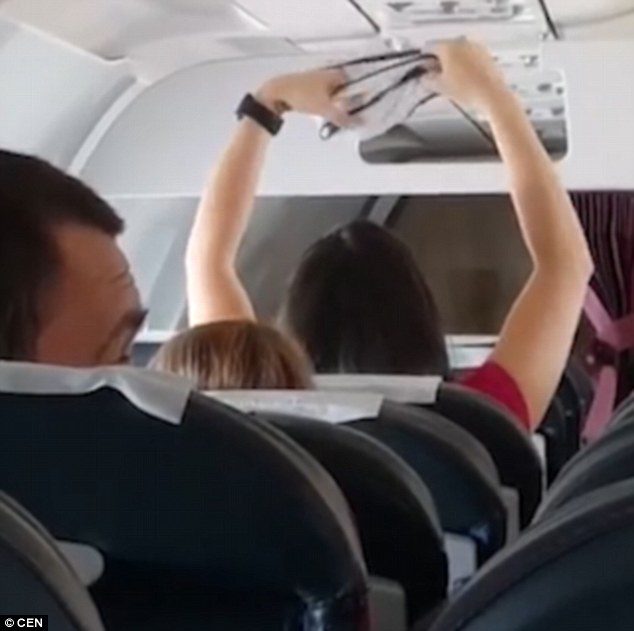 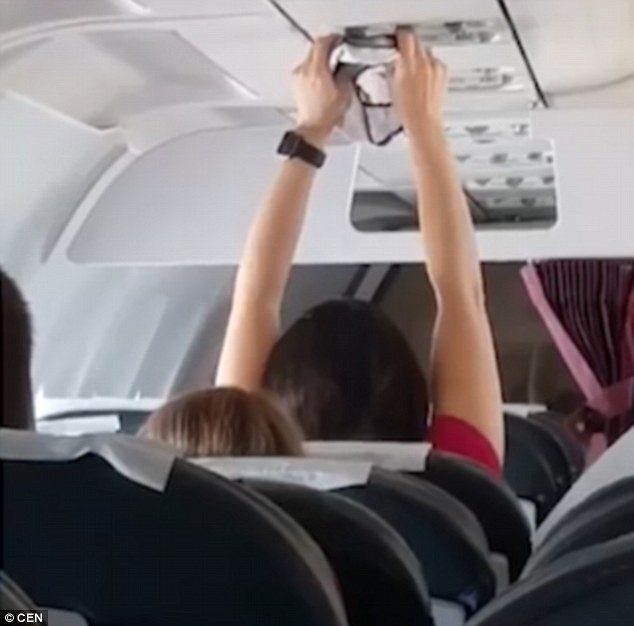 After the video was shared online, social media users suggested the underwear may have belonged to a child

The woman, posting under the name Alexandra, commented: ‘Those [pants] aren’t an adult’s. Looks like they belong to a kid.’

Another added: ‘This is not the worst thing in the modern world’.

Meanwhile, one person quipped: ‘Maybe the takeoff was sort of extreme, so now she has to dry those.’

Others meanwhile were less than impressed with her behavior, suggesting it was definitely not the best way to dry her pants.