When a blaze broke out in a home in Las Vegas’ East Valley neighborhood, a heroic homeless man ran into the burning apartment and saved the lives of a baby and toddler inside. 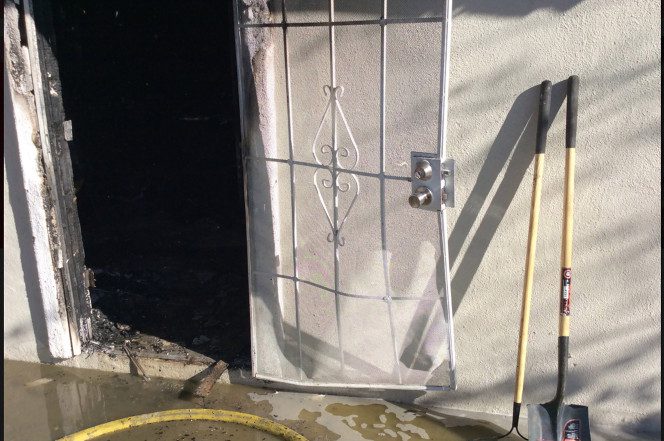 The scene where a homeless man became a hero during a fire in Las Vegas.

While a man was watching his grandchildren, a 10-month-old boy and a 3-year-old girl, the fire started. 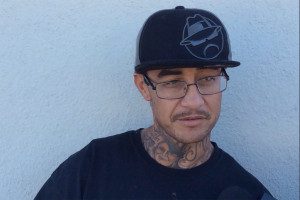 Anival Angulo is homeless and lives on the streets. He heard children screaming and saw smoke coming from the apartment when he jumped a locked gate and broke a dead-bolt security door to get into the home and rescue the kids, Las Vegas Fire Rescue said in a tweet.

“Went to the door and saw the babies, so I jumped the fence and I pulled on the screen door and I wrapped up the babies and pulled them out,” Angulo told the station. “I knew I had to get them out.”

The inferno started with food cooking on the stove fire department spokesman said. When the fire started, both of the children were in the living room, but their grandfather was in a bedroom at the back of the house.

“The kids say the stove caught on fire, it got bigger and they started yelling. The granddad couldn’t get to them because of the fire,” public information officer Tim Szymanski said.

After Angulo’s brave rescue, the children were taken to a local hospital for smoke inhalation.

“It’s obvious if this person hadn’t been there, these children could’ve been burned or may have been killed in the fire,” Szymanski said.

Firefighters were able to get the fire under control in about 20 minutes but it was not clear how much the apartment was damaged.