According to a new report, robots have become an ever-increasing part of our daily lives and humans could soon find love with the machines. The report suggests that over a quarter of 18-34 year-olds will feel it’s normal to form friendships and even romantic relationships with robots.

And it seems that men are more likely to embrace the bots, with the report indicating that males are three times more likely to form a relationship with a robot than women. 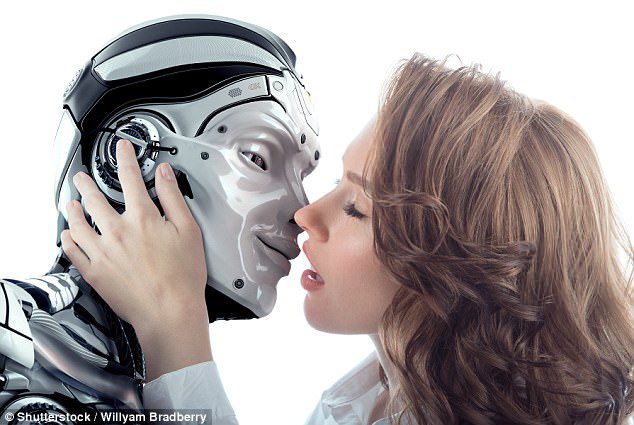 Paris-based Havas and examined the future of artificial intelligence, and people’s attitudes to the future of technology. Their findings were based on a survey of 12,000 people of different ages worldwide.

In the UK, men were three times as likely to have a relationship with a robot in the future, compared to women. Romantic relationships with bots will be more common than you might think, with the report suggesting they could be taken up by as much as 27 percent of 18-34-year-olds.

The report had several other predictions for the future aside from robot-relationships.

According to the data, men in the UK, are more likely than women to prefer their social media lives to their real ones, with nearly 20 percent preferring the virtual world of social media.

Despite this growing connection to the online world, there was a widespread consensus (70 percent of respondents) that smartphones are weakening human bonds.

It is younger people who are feeling the worst effects of this. The study suggests that younger people are more likely to feel depressed about their own lives after looking at other people’s social media channels, with 42 percent of 18-34-year-olds reporting feeling depressed or unhappy after seeing other people’s lives online. 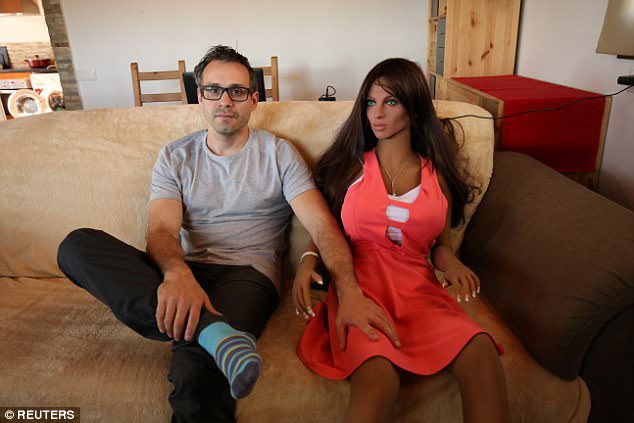 The surging availability of robotic sex dolls means it is easier than ever for people to rely on technology for their sexual needs. Experts have warned we will soon see a rise in the number of ‘digisexuals’. Pictured right is Samantha, a realistic sex bot currently on sale in London

Board director at Havas PR,Nigel Hughes,  said: ‘Filters and AR can, on the face of it, help improve people’s perceptions of the world around them, yet our study reveals that nearly half (42 percent) of 18-34 years olds felt unhappy about their own lives after comparing themselves to others on social media.

‘That’s compared to only 21 percent of 35-54-year-olds saying the same, suggesting we are not equipping young people with the emotional framework needed to process this virtual reality.’