Ms. Bibi had been unable to afford any scans during her pregnancy and only learned about the baby’s condition when she first saw it after giving birth. The unnamed baby, whose sex was unclear due to its underdeveloped pelvis and fused legs, suffered from a rare condition known as sirenomelia or ‘mermaid syndrome.’

Dr. Sudip Saha, a child specialist at the hospital, said: ‘The parents are a labor couple and had not sought proper medication during pregnancy due to lack of money.Lack of proper nutrition and improper blood circulation to the baby from a mother can create this kind of abnormality.’ 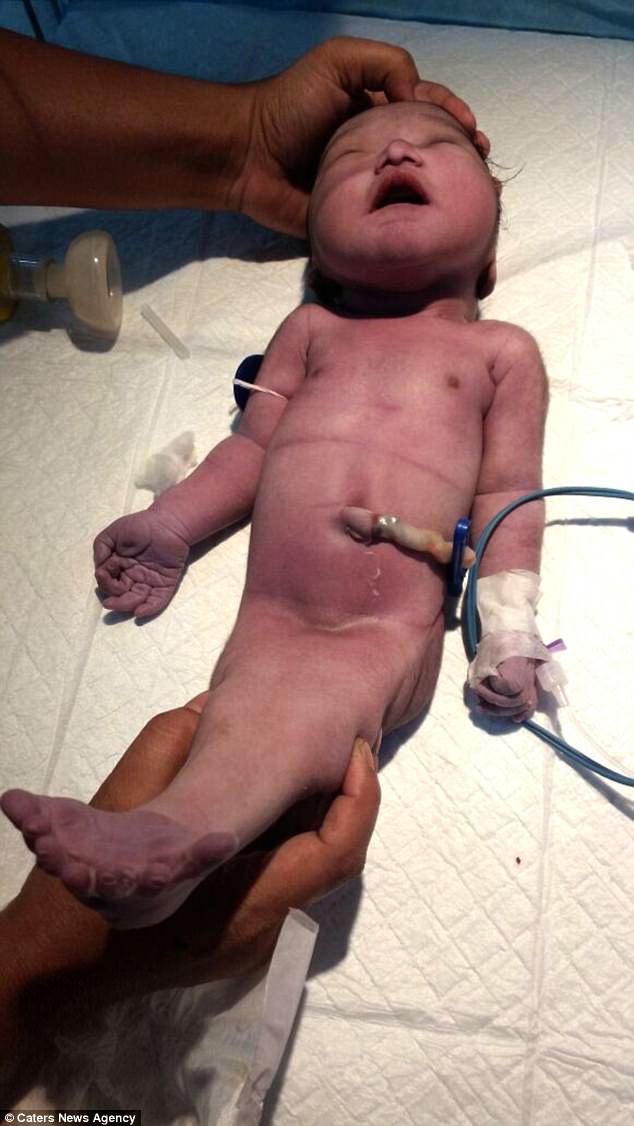 A mother astonished doctors when she gave birth to India’s second ever ‘mermaid baby’ but sadly lost it just four hours later. The unnamed baby suffered from the condition “sirenomelia” 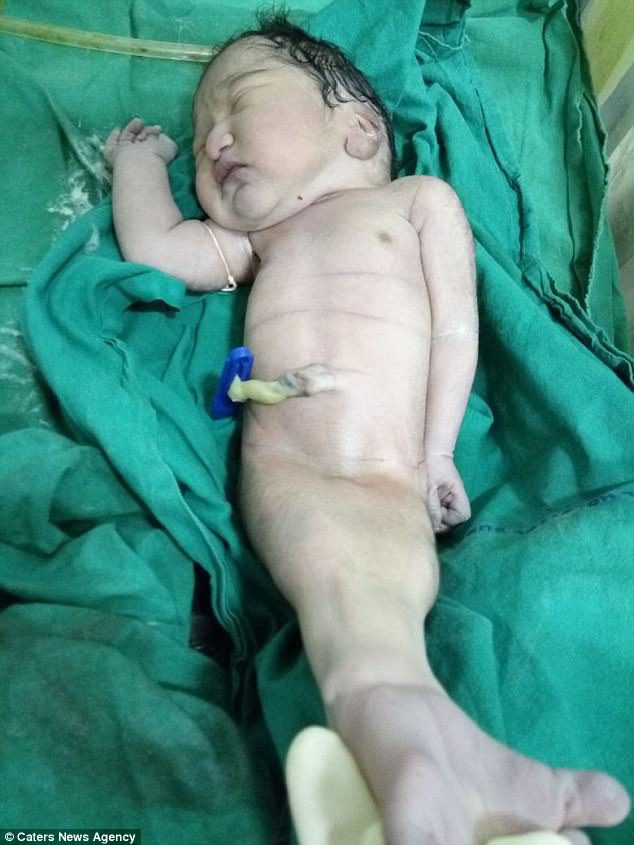 Doctors were unable to identify the baby’s sex due to its underdeveloped pelvis and fused legs. Its mother Muskura Bibi, 23, had no scans and was unaware of the problem until the birth

Because the parents were unable to afford necessary medication, Dr. Sudip Saha, a said: ‘I had never seen such a baby before. It is the first case of Sirenomelia in the state and second in the country.

‘The baby had a normal formation in upper part of the body, but below the waist, its legs were fused together. The lower part was not developed completely.

‘We learned the mother had not undergone ultrasound sonography throughout gestation.

‘The parents are a laboring couple and had not sought proper medication during pregnancy due to lack of money.

‘Lack of proper nutrition and improper blood circulation to the baby from a mother can create this kind of abnormality in the fetus. Unfortunately, such babies do not survive.’

Medical historian Lindsey Fitzharris, who has a Ph.D. from Oxford University, said the condition occurs when the umbilical cord fails to form two arteries and as a result, there is an insufficient blood supply reaching the fetus.

She Fitzharris added: ‘Sirenomelia is extremely fatal. There are no accounts of anyone with this condition surviving in the past. Most died within days of being born due to kidney and bladder failure.’