Home
Humanity
‘There Is No God’: Stephen Hawking’s Answers To The ‘Big Questions’

With the publication of his final book, Professor Stephen Hawking has revealed his answers to 10 ‘fundamental questions’ he was constantly being asked.

They range from questions about God, and whether there really is a heaven, to the likelihood of alien life and time travel

Now, his last ‘profound realization’ has been revealed- and he says that there is no afterlife or supreme being. 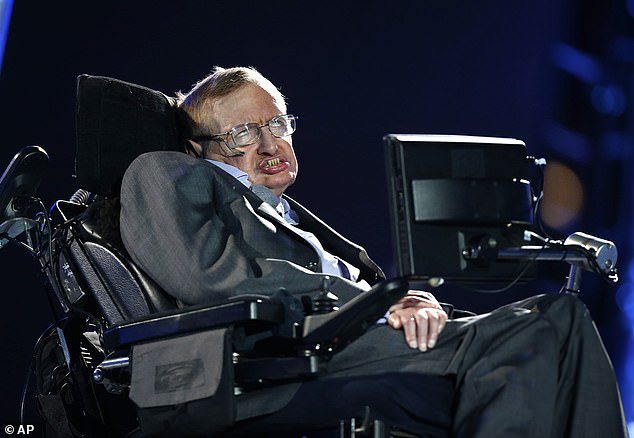 Shortly before his death, Professor Stephen Hawking began compiling the answers to 10 ‘fundamental questions’ he was constantly being asked.

‘We are each free to believe what we want, and it’s my view that the simplest explanation is that there is no God,’ he said, according to The Telegraph.

‘No one created the universe and no one directors out fate. This leads me to a profound realization: there is probably no heaven and afterlife either. I think belief in the afterlife is just wishful thinking.

‘There is no reliable evidence for it, and it flies in the face of everything we know in science. I think that when we die we return to dust.

‘But there is a sense we live on, in our influence, and in the genes, we pass to our children.’‘

Lucy Hawking, who attended the book launch, was asked how it felt to hear her father once again speaking through his famous voice generation computer. 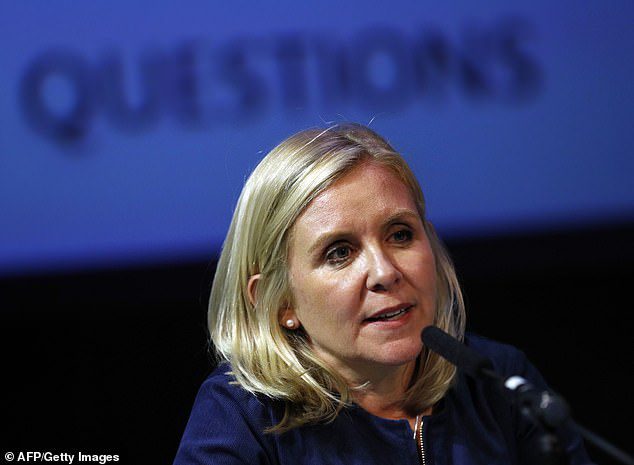 Daughter of British scientist Stephen Hawking, Lucy Hawking, answers questions during an interview at the global launch of Stephen Hawking’s final book “Brief Answers to the Brief Questions” at the Science Museum

She said: ‘It was very emotional. I turned away because I had tears forming in my eyes.

‘I feel sometimes like he’s still here because we talk about him and we hear his voice and we see images of him, and then we have the reminder that he’s left us.’

Her brother Timothy said that while reading the new book he could hear his father’s voice ‘leaping off the page’.

He added: ‘It’s been very nice to connect with him again in that way.’ 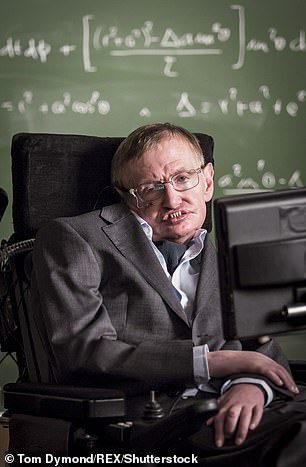 Professor Stephen Hawking predicted a new race of ‘superhumans’ before he died. A collection of articles and essays left by the scientist will now be published in Brief Answers to the Big Questions

Professor Stephen Hawking also envisioned a world of ‘superhumans’ in his final prediction before he died seven months ago.

The celebrated physicist suggested that genetic engineering would create a new race of humans that could destroy the rest of humanity.

A collection of articles and essays left by Hawking’s warning about the dangers of manipulating DNA will now be published in a posthumous book.

Brief Answers to the Big Questions will share the scientist’s fears of a new race and the problems humanity could face if those with wealth are given the opportunity to alter their children’s DNA.

The new race could potentially exhibit greater intelligence, longevity and be resistant to disease.

He wrote: ‘I am sure that during this century people will discover how to modify both intelligence and instincts such as aggression.

‘Laws will probably be passed against genetic engineering with humans. But some people won’t be able to resist the temptation to improve human characteristics, such as memory, resistance to disease and length of life.’ 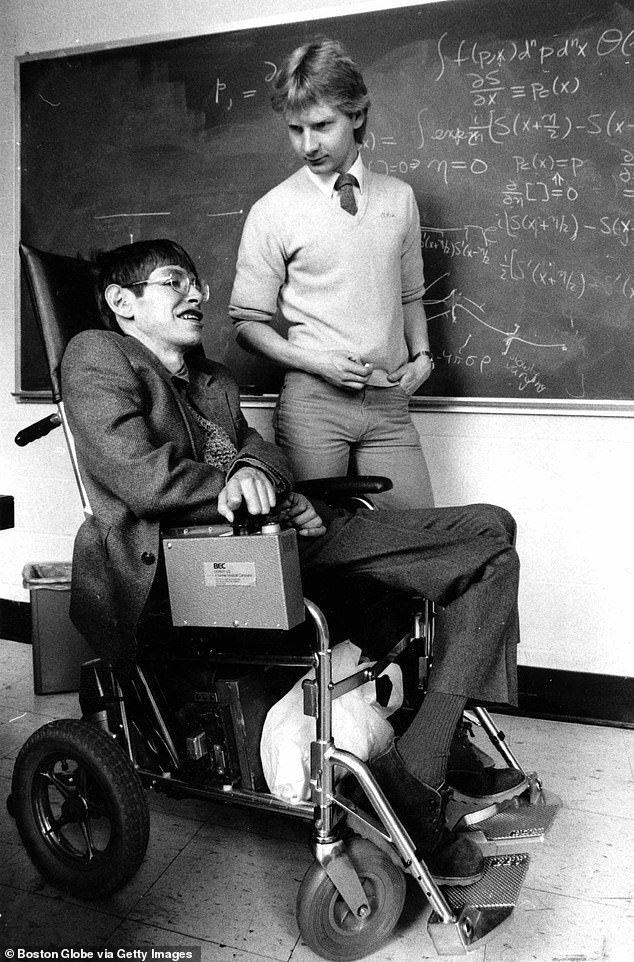 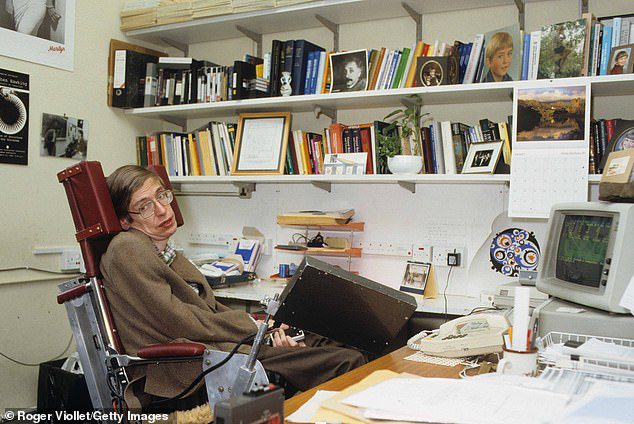 In his book, he refers to Crispr, a system that allows scientists to modify harmful genes and add new ones. The scientist and author of A Brief History of Time died in March this year at his home in Cambridge

In his book, the scientist who died in March at the age of 76, paints a worrying picture of breakthroughs in genetics and the new human race.

While the physicist and author of A Brief History of Time may have sparked controversy in his predictions, the scientist was only suggesting the dangers genetic engineering could pose and his fears for ‘unimproved humans’.

In a step that could be reminiscent of the selective breeding seen in the eugenics movement, his book refers to Crispr, a system that allows scientists to modify harmful genes and add new ones.

The revolutionary technique invented just six years ago allows scientists to target and cut any kind of genetic material. 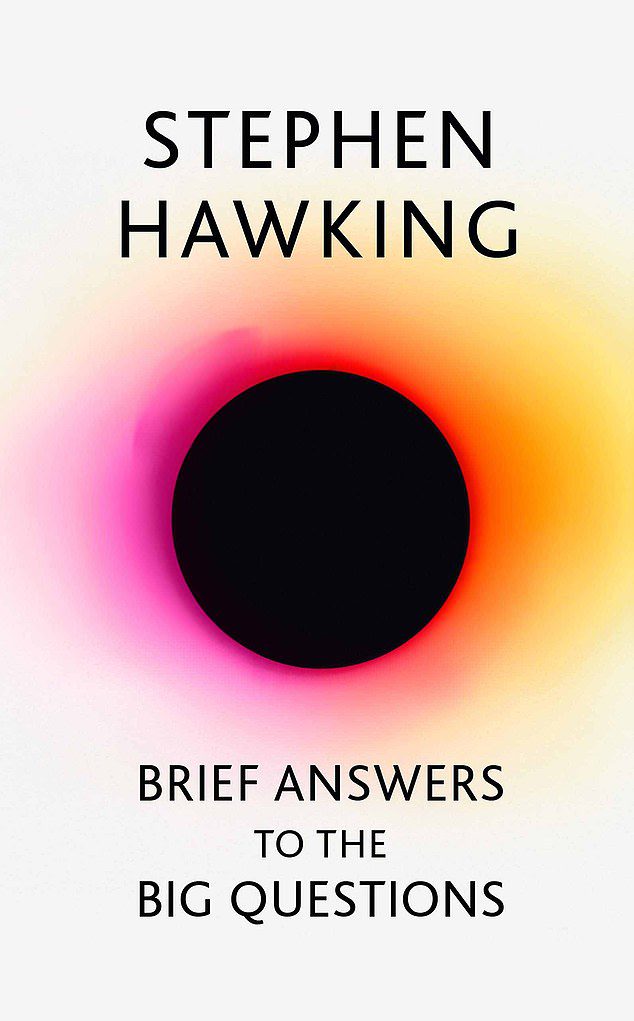