“In a Heartbeat” is a new animated short film that is blowing up the Internet. The film was put together by Ringling College of Art and Design students Beth David and Esteban Bravo. This was their computer animation thesis, but it has now taken on a life of its own. The subject matter deals with a young boy struggling to come to terms with his feelings for a handsome peer, a topic never previously explored by the animated film. The film features an adorable jumping heart that is just begging to be made into a new Pixar mascot. In only four minutes, it captures the experience of countless LGBTQ youth and teaches them that there’s nothing to be afraid of.

The Florida students were able to raise almost five times their original estimated costs to produce the film through Kickstarter. Their hard is paying off and since hitting YouTube, “In a Heartbeat” has over 5 million views! Viewers now are begging for a sequel. 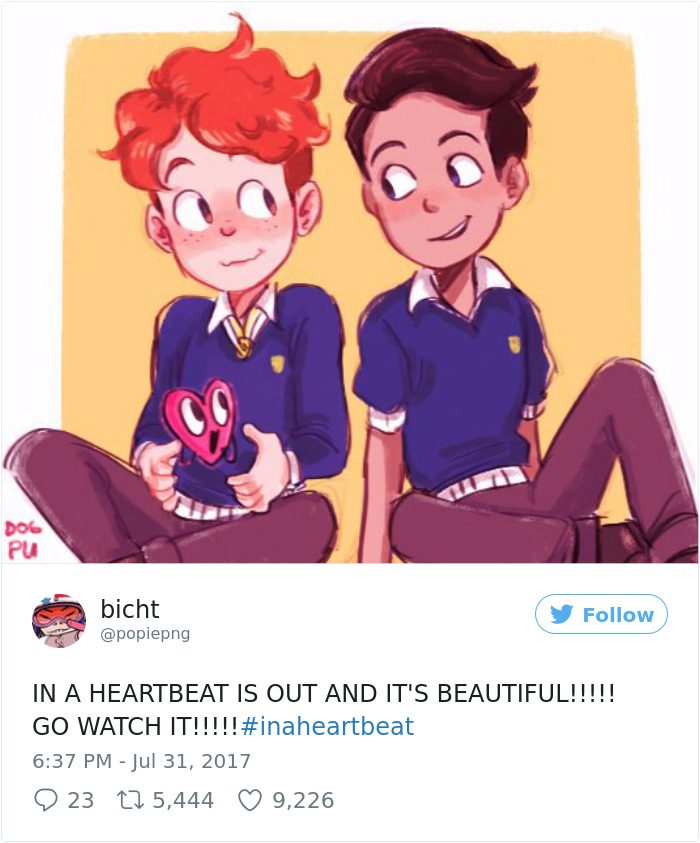