A new record has been set for the fastest ever transatlantic flight in a subsonic passenger aircraft after one flew from New York to London in just over five hours.

The Norwegian Boeing 787-9 Dreamliner was able to reach a top speed of 776mph as it hurtled across the Atlantic Ocean after being pushed on the 3,458-mile journey by an extra strong jet stream that at times reached 202mph.

This meant that Monday’s Norwegian DY7014 service from JFK to London Gatwick only took a total of five hours and 13 minutes, shaving 53 minutes off the expected flight duration. 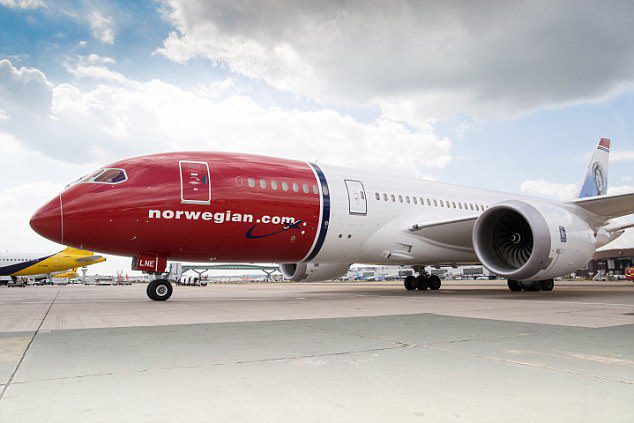 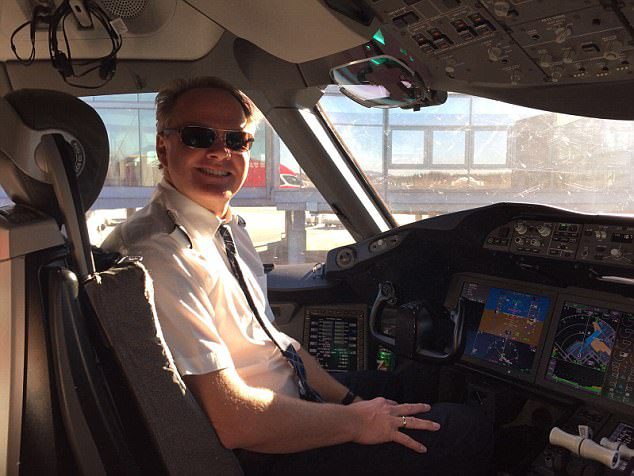 At the controls of the record-breaking flight was Captain Harold van Dam, pictured, who said if it wasn’t for turbulence, they could have gone faster

It broke the record previously set by a British Airways aircraft in January 2015, which was able to fly from JFK to London Heathrow in five hours and 16 minutes.

At the controls was Captain Harold van Dam, who revealed a more impressive record could have been achieved, but turbulence hindered them.

Captain van Dam said: ‘The 787 Dreamliner is a pleasure to fly and it’s a great feeling to know that we have set a new record in this aircraft. 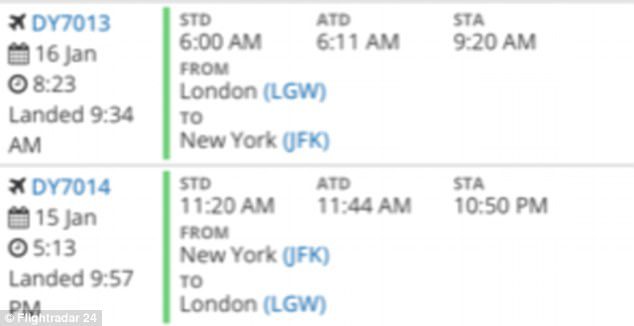 The flight stats that show the flight from London to New York took eight hours 23 minutes, with the return to Gatwick only lasting five hours 13 minutes

‘We were actually in the air for just over five hours and if it had not been for forecasted turbulence at lower altitude, we could have flown even faster.’

Despite the speed achieved is more than the speed of sound, the flight didn’t actually go supersonic because the plane was travelling in a body of air that was already fast-moving, which increased the velocity needed to break the sound barrier.

Captain Van Dam told MailOnline Travel: ‘When flying we record groundspeed – like a car travelling on the ground – and airspeed due to the varying wind speeds experienced during flight. The highest groundspeed during the flight was 776mph, more than the speed of sound, however, airspeed is actually slower than ground speed.

‘Therefore, our airspeed was at Mach 0.85, below Mach 1.0 needed to go supersonic and break the sound barrier.’

The day before the record-breaking flight, fellow Gatwick-based captain Pascal Niewold was in charge of another New York to London flight that had a flight time of just five hours and 20 minutes – just four minutes short of the previous record by BA.

That flight was helped by a maximum tailwind of 224 mph and reached an even faster top speed of 779mph. 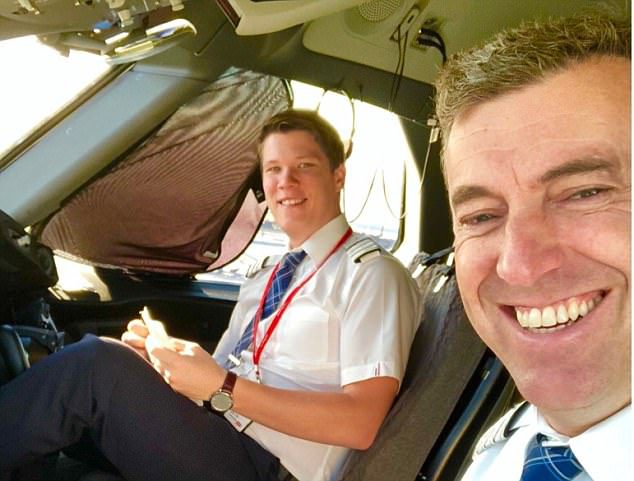 Norwegian captain Pascal Niewold reached a top speed of 779mph on a flight from JFK to London Gatwick on Sunday. He’s pictured here on the right in the cockpit just before that journey began 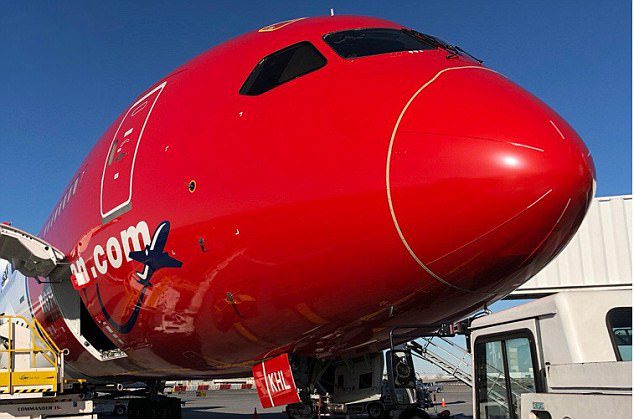 The Norwegian 787 Dreamliner captained by Pascal Niewold, shortly before a 224mph tailwind pushed it across the Atlantic in five hours and 20 minutes 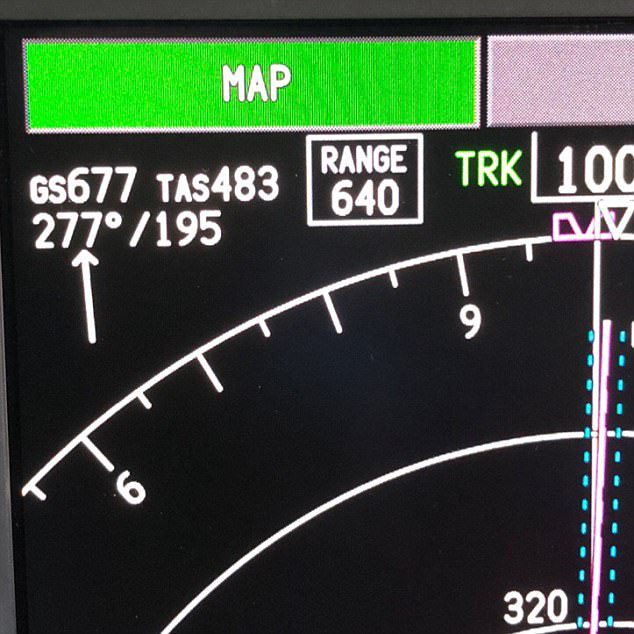 And Captain Niewold added: ‘The passengers and crew were very pleasantly surprised that we were already landing in London.

‘It was a very smooth flight with almost no turbulence and as a result of the jet stream we arrived 25 minutes early.’

However, the fastest ever transatlantic crossing by a passenger plane was in February 1996, when a British Airways Concorde flight from New York to London took just two hours, 52 minutes and 59 seconds.

That day, the supersonic jet was able to reach a top speed of 1,350mph as it hurtled across the ocean. 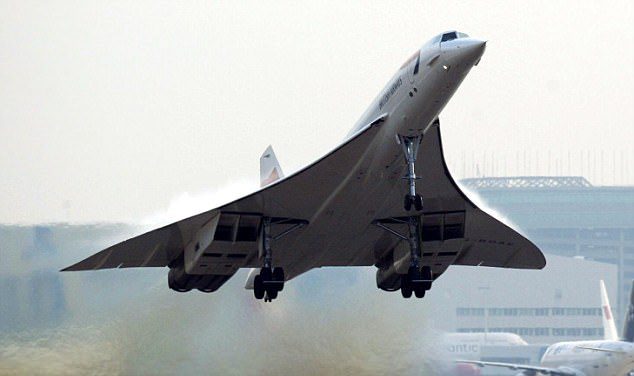 The fastest ever transatlantic crossing by a passenger jet was in February 1996, when a British Airways Concorde flew from New York to London in just two hours, 52 minutes and 59 seconds

The winter months can often mean that transatlantic flights from the US to Europe become shorter thanks to the jet stream across the ocean intensifying.

This is due to the temperature contrast between the equator and the North Pole being at its greatest, which can lead to wind increases across the Atlantic.

However, the strength of the jet stream only increases in one direction and passengers travelling from Europe to the US may even see their flight times increase.