Ever dreamed of traveling in an airplane in luxury?  Etihad Airways has created onboard one of its А380 airplanes, what can only be described as entire private ’apartments’.  Photographer Marina Lystseva recently took some fascinating photographs which reveal what it’s like to travel in style.

We hope that one day, we’ll all be able to experience this level of service! 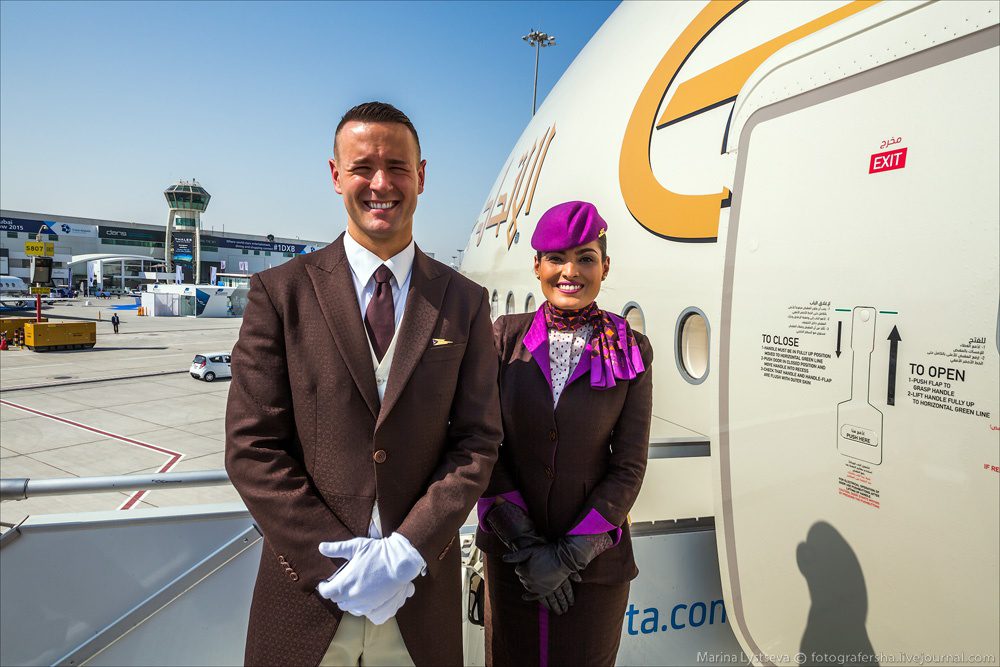 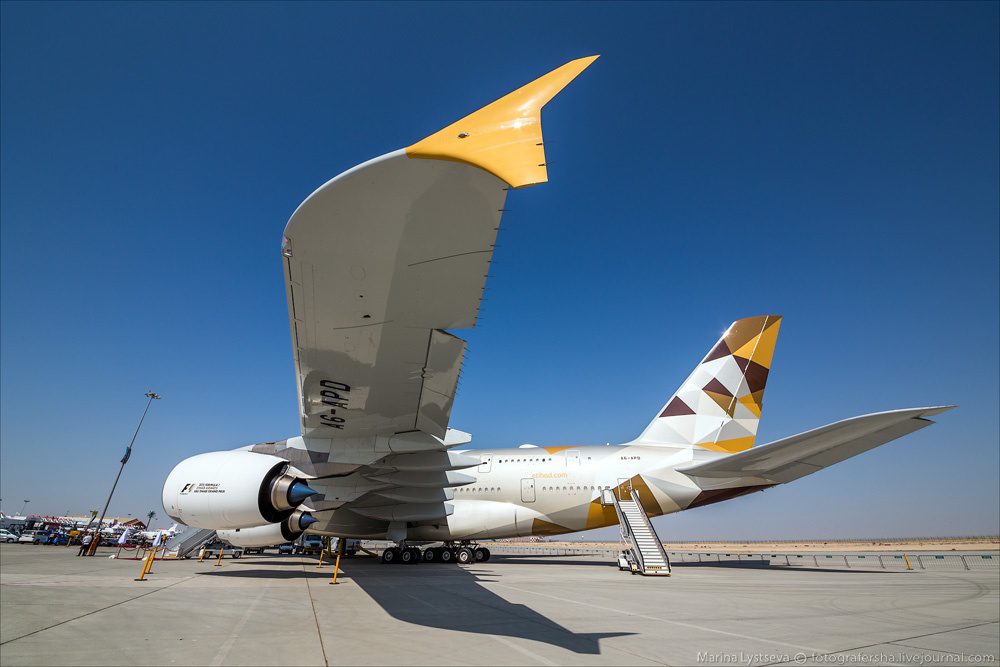 A little more than a year ago, the company slightly modified the livery it used on its planes. The first plane to get new paint was one of Etihad’s A380s — instead of the flag and coat of arms of the UAE, a decorative triangle pattern appeared on its tail fin.

The airbus А380 has two floors, with four classes of seating: economy class, business class, first class and ’residence’ class. The latter, luxury places are located on the upper floor of the plane. 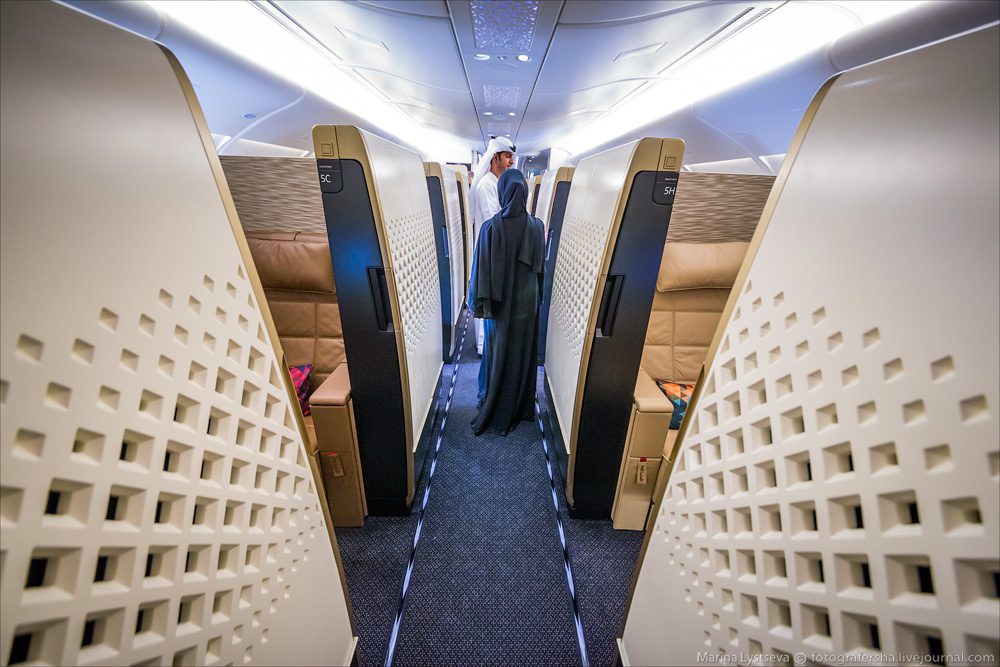 The residence suites for two people are located to the right of the staircase. With an area of 12 square meters, they have three entire rooms — a living room (which doubles as a dining space and a mini-cinema), a bedroom, and a bathroom with a shower and toilet. The passengers in these suites are looked after by staff who have trained at London’s Savoy hotel. 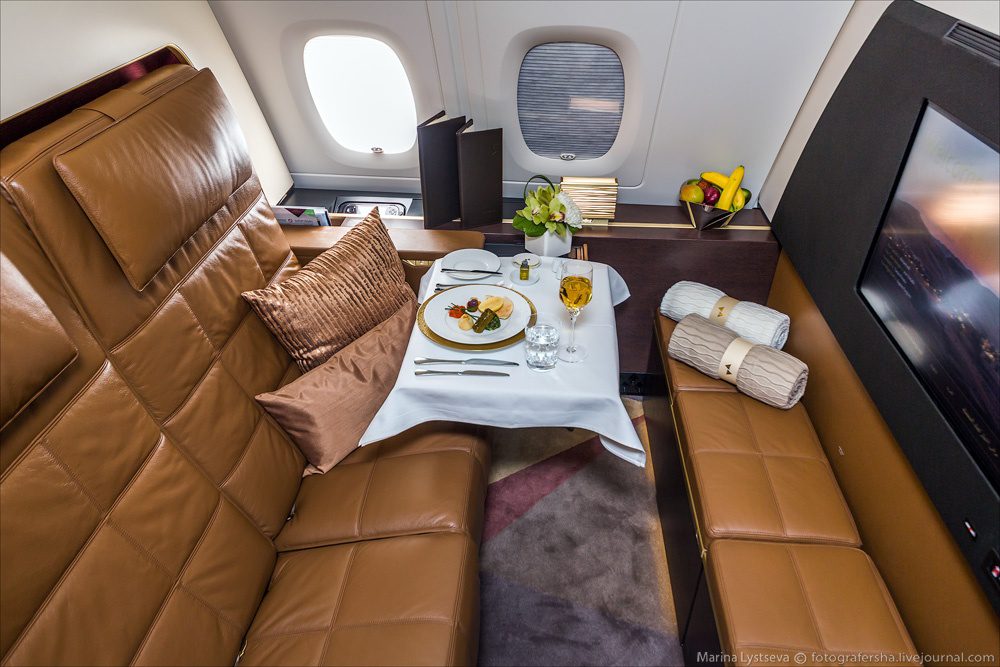 A trip in one of these suites from Abu Dhabi to London costs around 77,000 UAE dirhams (about $21,000). The tickets are virtually sold out a year in advance. 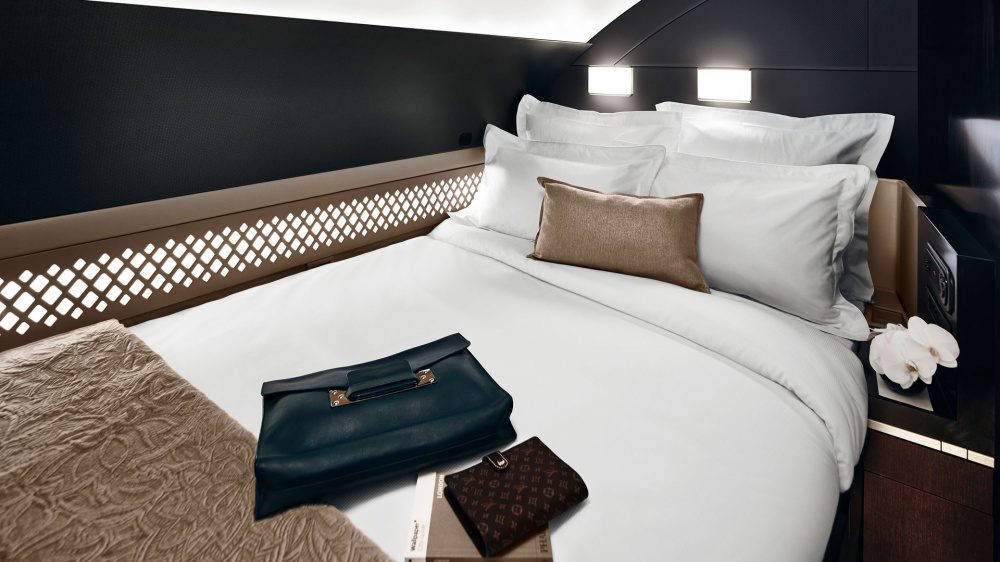 The bedroom with its full-sized double bed. 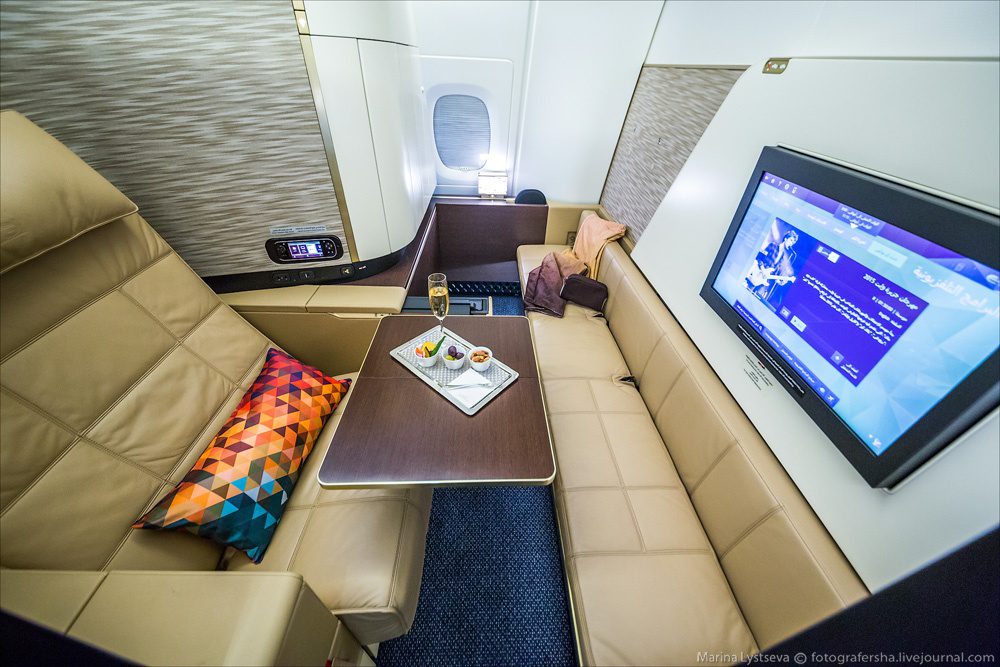 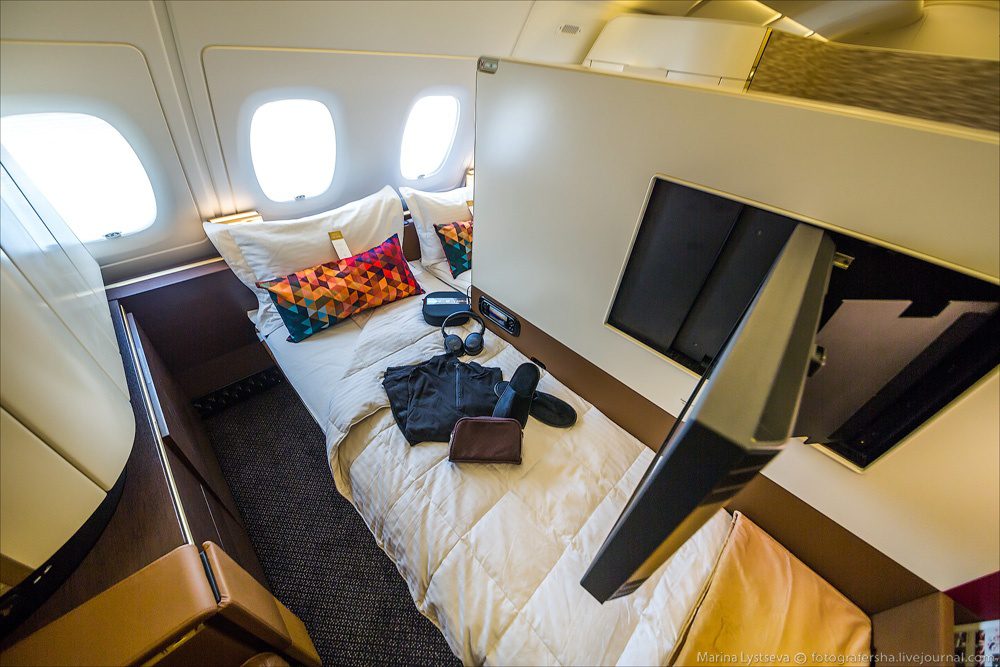 In this class, the partition between suites can be partially slid back near the cabin windows to allow people to talk to their neighbors. 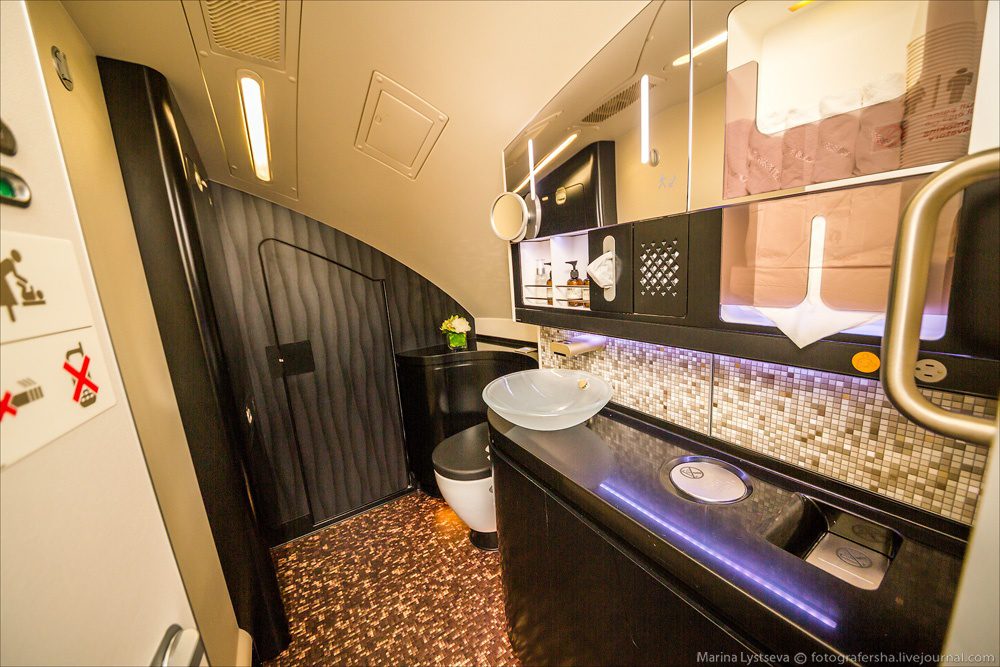 This is the restroom in first class, complete with bathroom tiles and a marble wash basin. 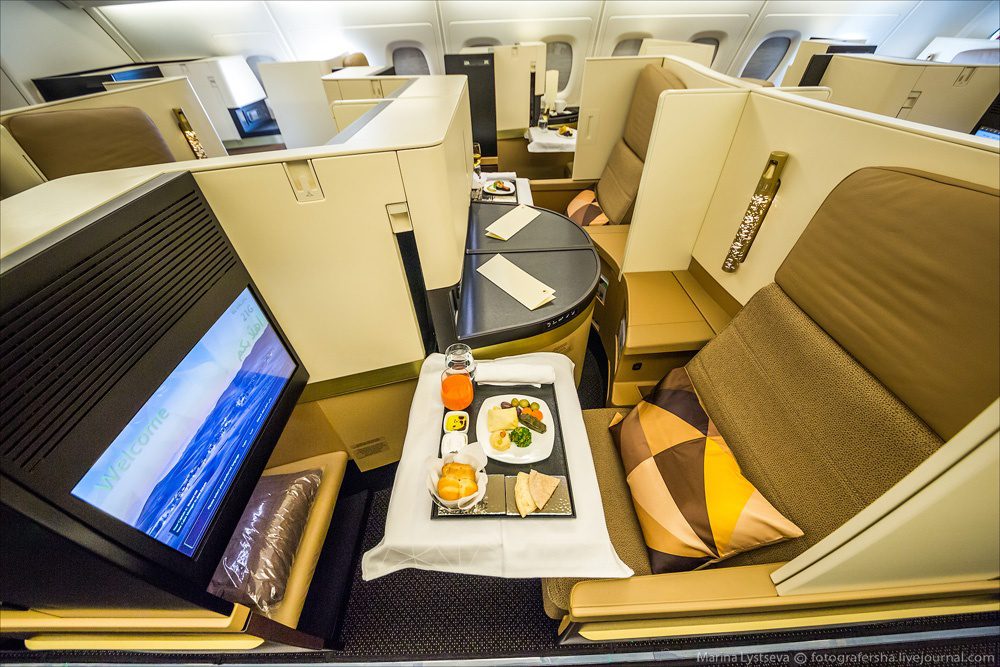 Now on to business class. Every passenger has their own partitioned-off area, in which the seat can be turned into a bed at the push of a button. Each passenger is provided with free socks, ear plugs, a tooth brush, a comb and other high-quality travel accessories. 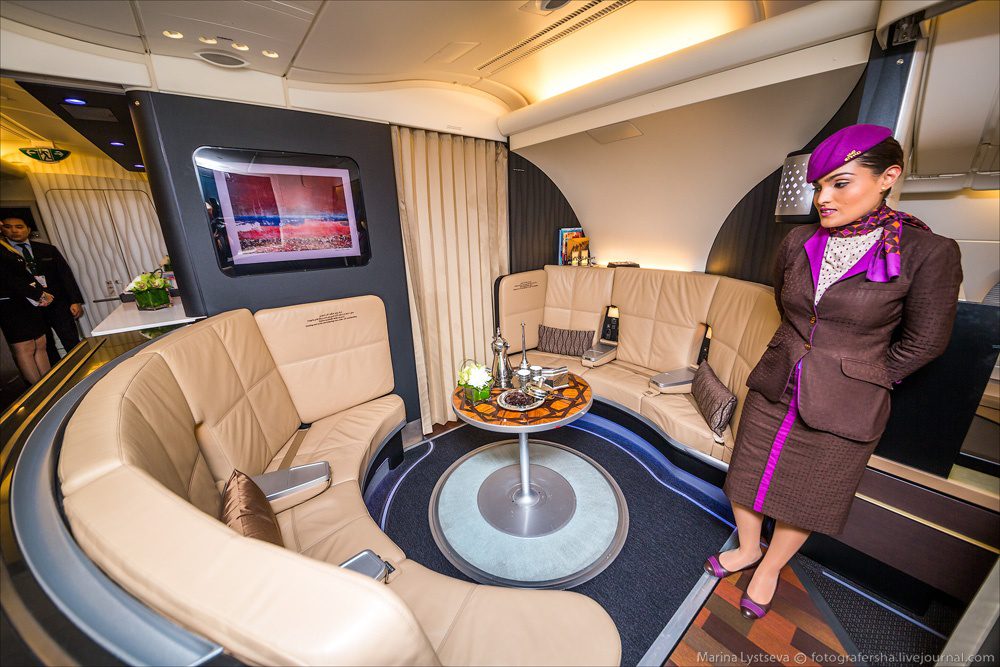 In the tail of the aircraft, on the upper floor, there’s a small bar with comfy couches for business-class passengers. 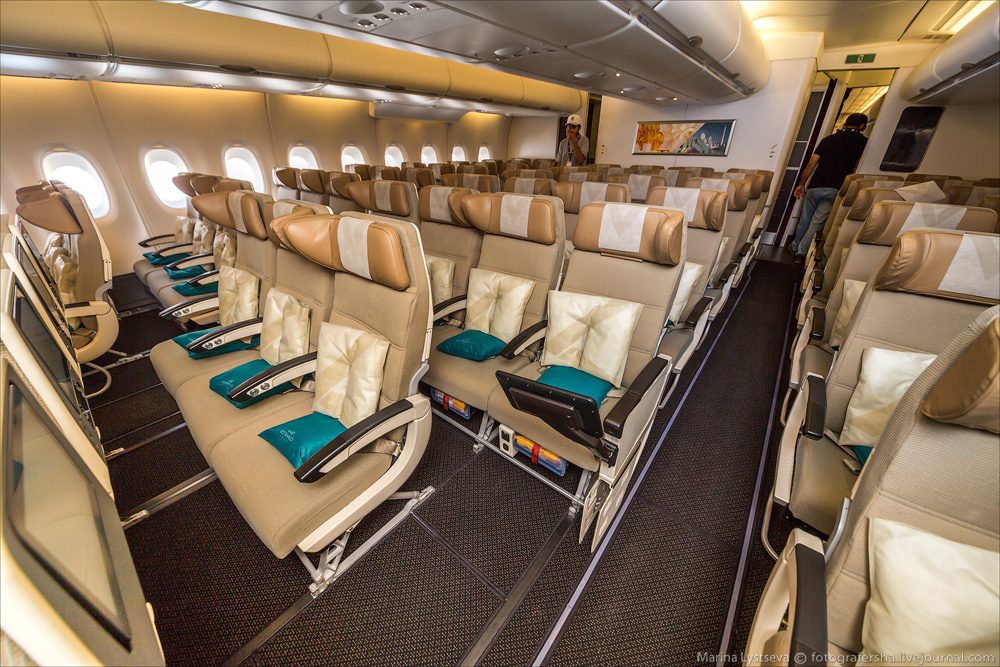 The lower floor is home to the economy-class places. At long last, even this class of seat has been provided with cushions and pillows to make the journey more comfortable. The area next to the emergency exits in economy class. There’s also a place for crew members to get some rest just behind the pilot’s cabin. It has a bunk and a chair, and enough space for pilots and cabin crew to take a nap in comfort. Have a great flight!