Mike Tyson has had an interesting life both inside and outside of the boxing ring. He’s married three times, with seven children in total coming from those marriages including one that tragically passed away at just four years old. Mikey Lorna Tyson, the eldest of his kids and now a happy 31-year old with an accomplished life. She struggled early in her childhood but has overcome it all. Let’s learn more about the life of Mikey Lorna Tyson. 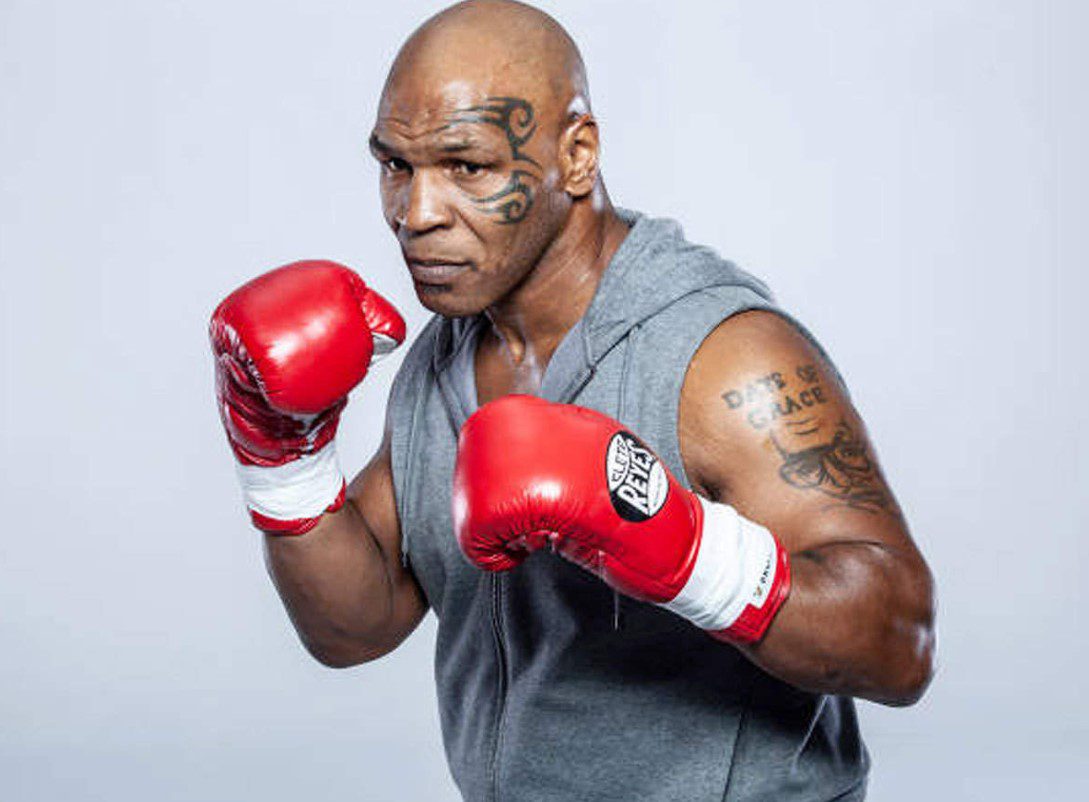 Mike Tyson, born on June 30th, 1966 in Brooklyn NY is considered one of the best heavyweight boxers ever. He was just 20 years old when he claimed his first belt for being the youngest boxer to win a heavyweight title. Known as “Iron Mike” and the “Kid Dynamite,” Tyson was an undisputed world heavyweight champion from 1987 to 1990. He retired in 2005, but his legacy remains strong with many still labeling him one of boxing’s greatest fighters ever. Despite his age, the 54-year old tough guy still manages to participate in exhibition fights from time to time. 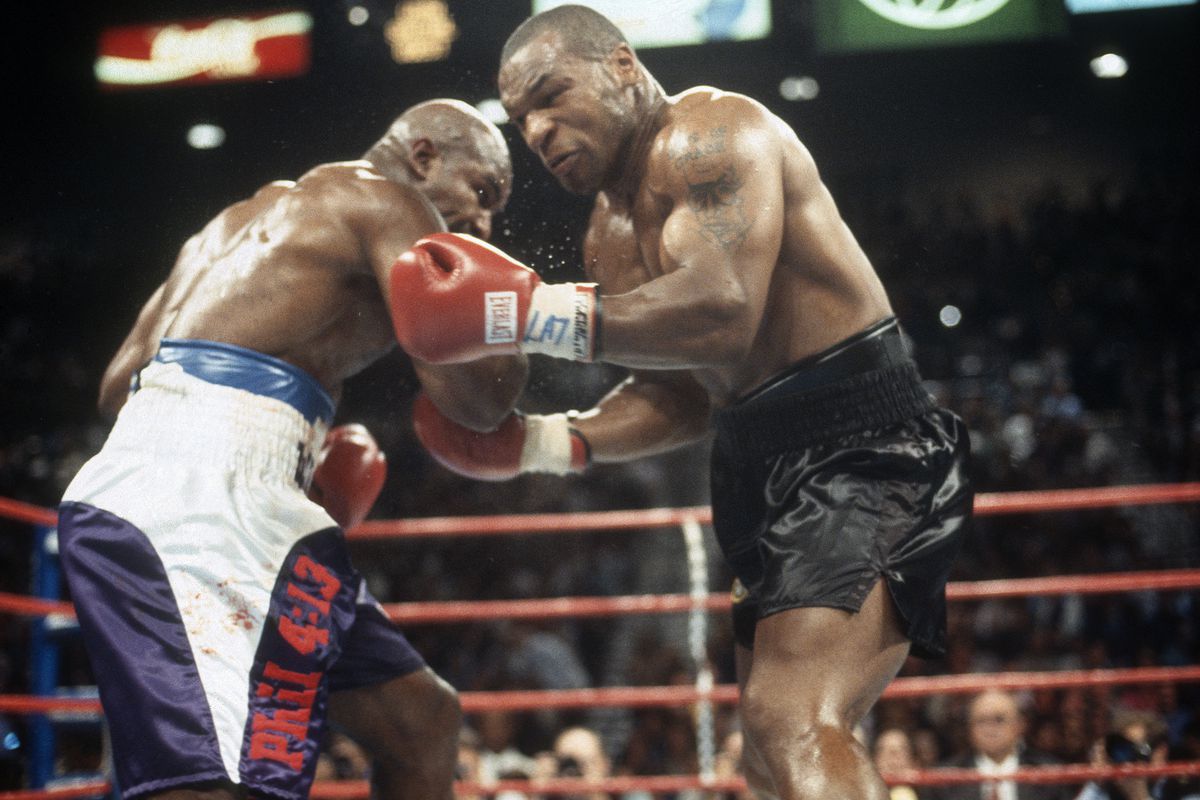 When it comes to his role as a father, Tyson has been less than perfect. “I’m really working to recreate my relationship…rebuild my relationship with my children,” he told MTV in 2009. “When I was Iron Mike Tyson, I neglected my children, I neglected the people I was in love with at one time. I’m getting the brunt of it right now, at this stage in my life. I’m starting to feel the pain and effects of it. I would like to rekindle that relationship,” he added.

Tyson handled the situation like a true champion, and now enjoys close relationships with all his kids. People are interested in learning about his firstborn Mikey Lorna Tyson.

Tyson’s firstborn, Mikey Lorna Tyson was born in 1991 to Kimberly Scarborough. Mikey was born out of wedlock and her parents never married. Tyson didn’t even admit to being Mikey’s biological father until 8 months after the birth of his daughter, a paternity suit slapped him. 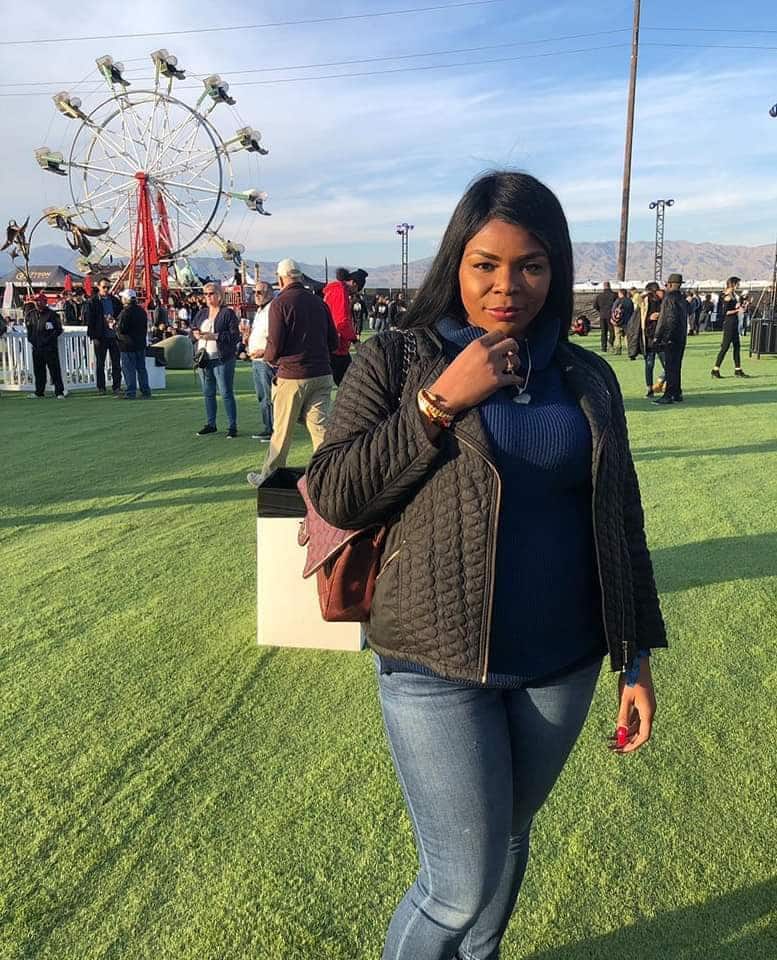 Tyson tried to convince Scarborough not to have the baby as reported by the 1995 New York Daily News article. “I actually went to the abortion clinic when Mike told me to get rid of her,” Kimberly said. “Now we both shudder to think of what we almost did that day.”

Despite giving his name to Mikey, the former heavyweight champ was absent for a good portion of her young life. From 1992 until 1995 he served time in prison for a rape case. However, despite being an absentee dad Scarborough said that Tyson made an effort to involve himself with his daughter. “Mike calls the school to ask how she’s doing every week,” Scarborough said in 1995. “He wants to know if she’s saying her prayers and doing enough homework. He wanted her to attend this school because it is very strict.” 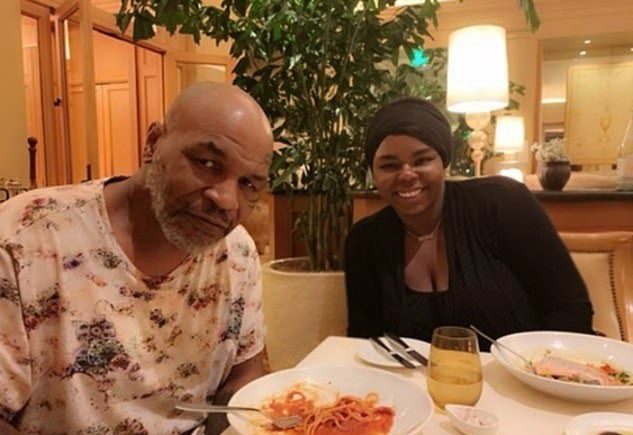 Mikey weighed 50 pounds at the age of four. This worried Tyson, as he had an obese sister who died from a heart attack when she was just 14 years old. “[Mikey’s] very big, and that concerns Mike,” Scarborough said back in 1995. “He makes sure I take her to doctors. He doesn’t want Mickey following in his sister’s tracks.” 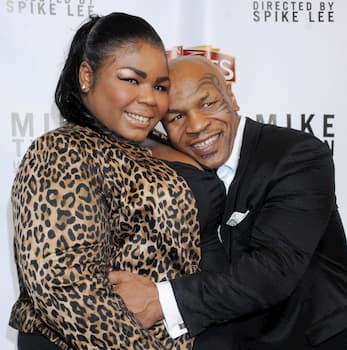 Once she was a teenager, Mikey began to worry about her weight. “My father’s side, a lot of them, so I heard, are obese, like his sisters, his mother,” she said in 2007. “I believe if he wasn’t a heavyweight champion, if he wasn’t constantly working out or watching what he ate, he would be obese.”

Fortunately, Mikey did follow in her father’s footsteps, the 31-year old has kept herself healthy by eating balanced meals and working out regularly. She wrote on her Instagram post: “Someone asked me why do I constantly post workout videos?” she wrote in one post. “Because I’m proud of my accomplishments and I inspire myself!” 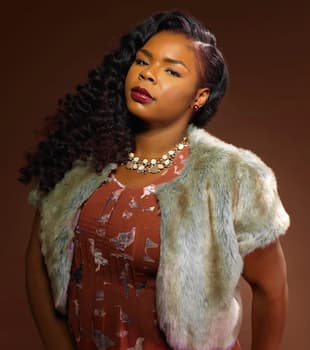 Mikey’s efforts over the years have paid off, she starred on Queen Size Magazine cover in 2016. Outside of that one appearance (and posts to social media), Mikey prefers to stay out of sight.