Commercial surrogacy is increasingly popular in the US, though it’s only legal in some states. The most recently available reports from the Centers for Disease Control and Prevention and the Society for Assisted Reproductive Technology show the number of infants born to gestational surrogates almost doubled between 2004 and 2008, from 738 babies born to nearly 1,400. But these figures are believed to be the tip of the iceberg because not everyone reports this type of birth. Campaigners are currently lobbying the New York Assembly to make the practice legal here. However, as one woman, Jessica Allen, found out, the process can be messy and complicated. Backed by the anti-surrogacy group The Center for Bioethics and Culture Network, she wants her voice to be heard. Here, Allen, 31, of Perris, Calif. (where commercial surrogacy is legal), tells Jane Ridley her extraordinary story.

Sobbing uncontrollably three days after my C-section, I was upset that Mrs. Liu* — the biological mother of the twins I’d delivered for her as a gestational surrogate — had reneged on her promise.

It was written in my $35,000 contract that I was allowed an hour with the newborns before they were discharged from the maternity unit — just to check on how they were doing. 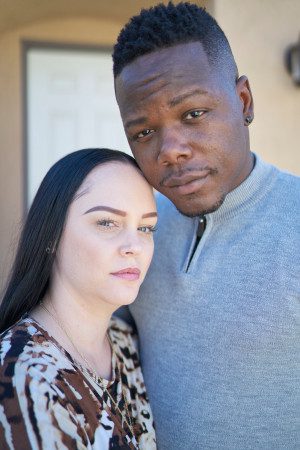 But Mrs. Liu and the babies, Mike and Max, had already left the hospital. I hadn’t even gotten a glimpse of the twins when they were removed from my womb and taken to the neonatal intensive care unit. The next day, their mom paid me a 10-minute visit and showed me a picture on her cellphone.

“Wow! They look different,” I told her before she snatched back the device.

Little did I know that I’d hit the nail on the head. Not only were Mike and Max not identical — they had completely different DNA from one another. Mike appeared to be an Asian child, and was Liu and her husband’s biological baby. But Max, half-white and half African-American, belonged to me and my now-husband, Wardell Jasper, 34, who works for a cable company. It turned out that, in an extremely rare medical incident called superfetation, we had gotten pregnant naturally, despite using condoms, after the in vitro fertilization (IVF) cycle during which Mr. and Mrs. Liu’s embryo was transferred into my uterus.

[Dr. Joel Batzofin, founder and medical director of New York Fertility Services in Manhattan — not associated with either party — confirms that superfetation, while rare, can happen.]

I first decided to become a surrogate in fall 2015, six months after the birth of my second son, Jairus. “This is your chance to give a family the blessing of a child,” Wardell told me. Besides, I wanted to stay at home with my sons rather than return to my job as a senior caregiver, and we decided we’d put the money toward buying a house.

I chose to work with San Diego-based agency Omega Family Global. Soon, I was matched with the Lius, a Chinese couple who wanted to hire an American surrogate, as the practice is illegal in China.

And so, in April 2016, after taking various medications, I found myself lying on a table at an IVF center in Irvine, Calif., having the Lius’ frozen male embryo transferred into my uterus.

Within nine days of the transfer, blood tests confirmed that I was pregnant. As per my contract, Wardell and I did not have sexual intercourse until we were given permission by the IVF doctor, who recommended the use of condoms.

Then, at my six-week scan, the doctor said. “I see there is another baby.” I was a bit scared, but I heard the Lius were thrilled to be having twins. My $30,000 payment, including expenses — which I received in installments by check each month — was increased by $5,000 for the second child.

Not once during the pregnancy did any of the medical staff provided by the agency say that the babies were in separate sacs. As far as we were concerned, the transferred embryo had split in two and the twins were identical.

Finally, the babies were born at 38 weeks’ gestation on Dec. 12, 2016, at Riverside Community Hospital in California. Mrs. Liu was in the operating room and seemed more terrified than I at the idea of a C-section. “It’s gonna be OK,” I said, holding her hand.

I didn’t even get a look at the babies when they were pulled out because it was done behind an opaque screen. They were taken from the operating room before I had a chance to see them.

Back home, I recovered from the C-section. Communication with the agency was patchy. Then, on Jan. 10, 2017, just days before we moved into our new house, I received a WeChat [Chinese messaging app] message from Mrs. Liu. She sent me a picture of the babies and said: “They are not the same, right?” followed by, “Have you thought about why they are different?”

A week later, the boys, who were still in California, had DNA tests, and the agency told me the results. Mike was a biological match to the Lius, while Max had my genes. 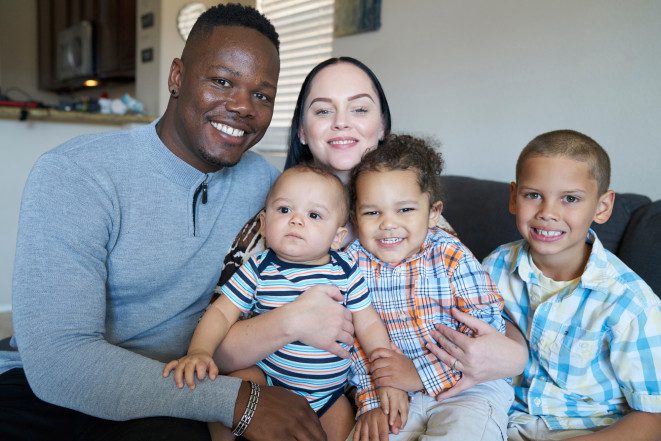 Jessica with her husband, Wardell Jasper, and their children Malachi (10 months), Jairus (2) and Jeramiah (7).

A few days later, Omega told me that someone from the agency was looking after Max because the Lius wanted nothing to do with him. Omega contacted me to say the Lius expected between $18,000 and $22,000 as compensation.

We’d already spent most of the money we earned from the surrogacy contract, but now we were apparently on the hook for thousands of dollars.

But our first priority was getting back Max. To my disgust, a caseworker from the agency lined up parents to adopt him and “absorb” the money we owed the Lius. Or, if that didn’t work out, the Lius were thinking of putting Max up for adoption, as they were still his legal parents.

I told the agency in no uncertain terms, “We want our son,” but we would still be responsible for the bill if we kept him. It was like Max was a commodity and we were paying to adopt our own flesh and blood. A caseworker from the agency also said we owed her a further $7,000 for expenses she had incurred for the bureaucracy and for looking after our son.

We spent $3,000 on an attorney, and there was a lot of strained negotiation between us, our lawyer and Omega. It was an uphill battle, but the agency finally reduced the “fee” we owed the Lius to zero. 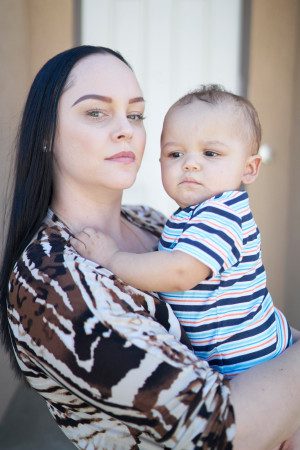 Omega’s CEO, Dr. Kyle Kramer, said the company would likely pay the Lius some compensation out of its own funds.

[Omega Family Global disputes Allen’s allegations but is precluded by nondisclosure agreements and federal patient privacy laws from going into specifics. In a statement to The Post, a company lawyer said it “takes great pride in the care, attention, and support that is given to all surrogates.” See the full statement below.]

And so, on Feb. 5, I finally met a caseworker from Omega in a Starbucks parking lot in Menifee, Calif., where she handed over our son, whom we’ve renamed Malachi.

The moment was incredibly emotional, and I started hugging and kissing my boy.

It’s now been nearly nine months since we got Malachi, and he is doing well. He’s beautiful. He’s healthy and his personality is hilarious. He loves his big brothers, is learning to walk and is starting to speak.

Wardell and I, who got married in April, weren’t planning to expand our family so soon, but we treasure Malachi with all our hearts. I don’t regret becoming a surrogate mom because that would mean regretting my son. I just hope other women considering surrogacy can learn from my story. And that a greater good will come out of this nightmare.” 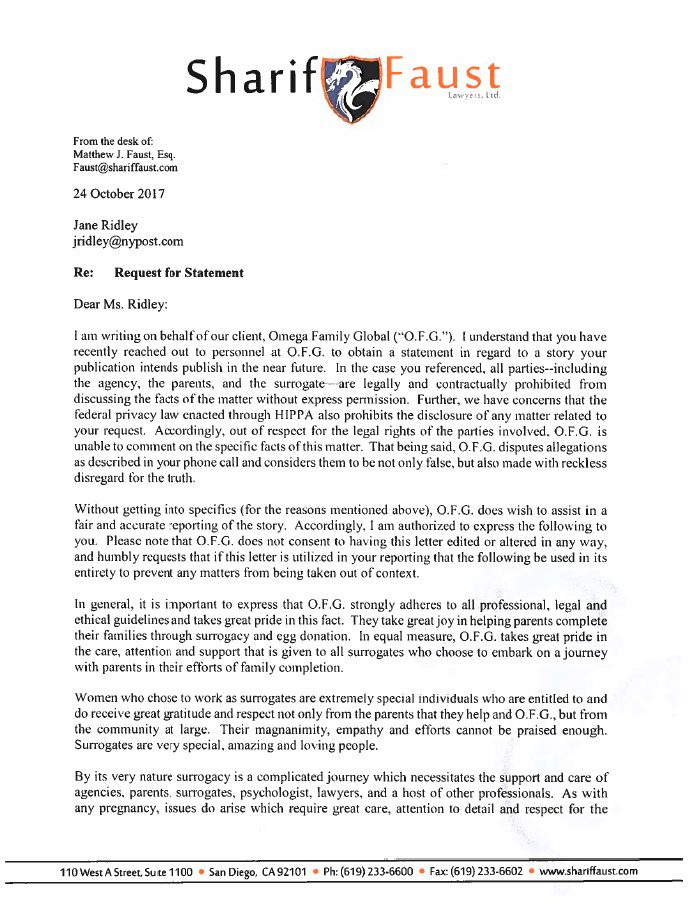 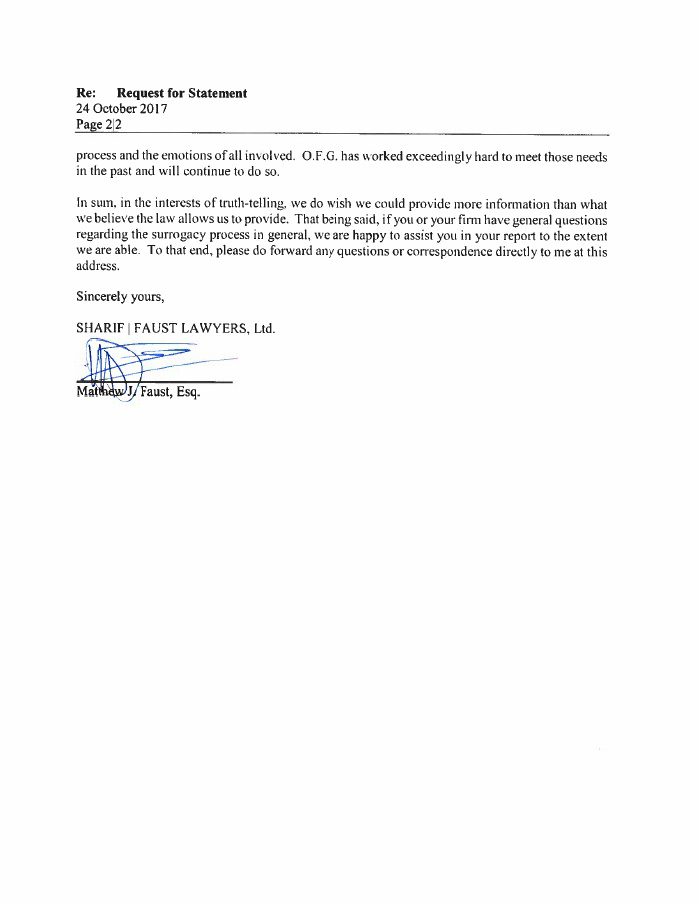