Home
Humanity
Author Details Acts Of Torture By Her Father During Childhood, In Attempt To Make Her “Superhuman”

When Maude Julien was 8-years-old she was made to grasp an electric fence for 10 minutes at a time without twitching or grimacing, not even a blink.

The cruel ritual instigated by her father was considered a test of her willpower as he sought to turn her into the “ultimate survivor.” 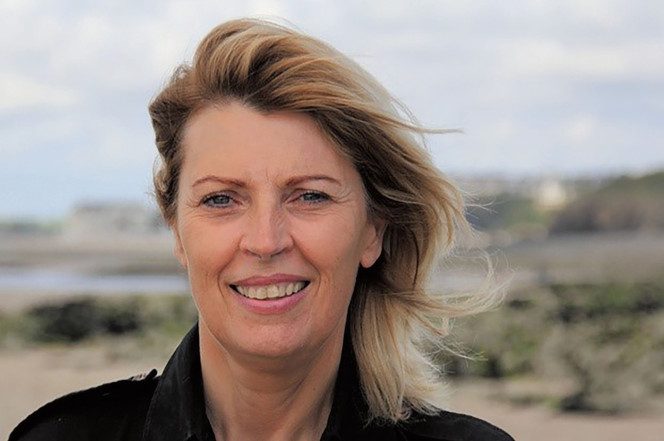 “I held on with both hands, and it was most important to show no reaction at the moment of the power surges,” recalled Julien, now 60. “I had to stay impassive.”

Once a month, the little girl was locked overnight in a rat-infested cellar to “meditate about death.” 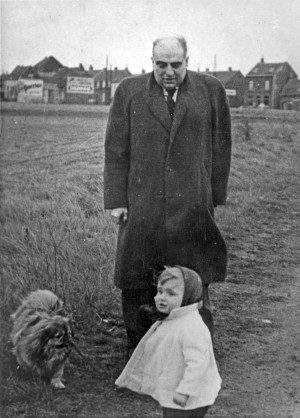 Julien,  has chronicled her horrifying childhood in the memoir “The Only Girl in the World.”

She spent 18 years being mind-controlled by her paranoid dad, who belonged to an esoteric lodge of Freemasonry. The group dabbled in the occult and subscribed to a mishmash of oddball philosophies. He believed in a fallen world and thought that there would one day be an uprising of evil. In her father’s mind, Maude had been chosen as a leader and his protector. 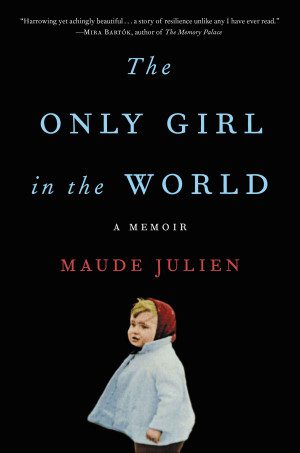 “He was most definitely insane and an alcoholic,” said Julien of her father, Louis Didier, who died in 1981 at age 79.

Didier became relatively wealthy from selling transport stock after World War II. He created Maude for his own twisted purposes. It all began when he adopted a 6-year-old girl, Jeannine, in 1936, then groomed her to become his wife.

Jeannine gave birth in November 1957 to the child whom her husband would put through experiments to raise the perfect “superhuman.”

The three lived in an isolated mansion in northern France. Julien was home-schooled and subjected to Didier’s countless “endurance tests.” The tests ranged from being dangled over a cliff and assisting in the slaughter of livestock, to drinking whiskey before having to walk in a straight line.Julien has liver damage from all the alcohol her father forced on her to this day.

Between the ages 3 and 13, she was sexually abused by a laborer who worked on the estate.

Julien was forbidden from leaving the compound for nearly a decade and her only companions were her dog and two ponies whom she adored.

“I really think that, without my animals, I wouldn’t be alive today,” she said. “They gave me physical contact and warmth because nobody [in my family] was allowed to touch each other in the house. I learned love and compassion from them.”

Though Didier dictated what she read, she sought solace in books. She eventually became fond of Dostoyevsky and, particularly, “The Count of Monte Cristo” by Alexandre Dumas, who inspired Julien to dream of her escape.

Despite the mind control and hypnosis, the girl resisted being totally drawn into her father’s “cult of three.” However, she suffered from self-loathing and took to self-harm as a coping mechanism.

In 1972, mercifully her savior came in the form of a music tutor, Andre Molin, who arrived to teach her how to play the accordion and piano.

“He played along with my father for three years to gain his trust,” explained Julien of how Molin eventually helped free her from the house. “Then he got my dad’s permission to teach me at his shop in a nearby town and I eventually got a job there.”

Didier allowed her to wed a young musician she’d met during classes when Julie was 18, with the caveat that she’d leave him after six months and return home a virgin.

She seized the opportunity and fled for good.

The six-year marriage did produce a daughter, now 35. Julien later settled down with another man and had a second daughter in 1990, but Julien is still estranged from her own mother, to whom the memoir is dedicated.

“She is a victim and I sent the book to her with a note,” she said. “She didn’t react directly but I heard through intermediaries that she was afraid and wasn’t happy I wrote it.”

Julien has received intensive therapy over the years, to help cope with the traumas of the past. After receiving her psychology degree, she now treats patients of her own.

She admits that writing her memoir triggered flashbacks to her childhood horrors, but she’s relieved her story’s being published. She said: “I really want it to be a book of hope — I consider it an escape manual.”