Home
Humanity
An Entire Family Of Four-Man, Woman, Son And Daughter – Is Transgender

An entire family of four-man, woman, son, and daughter – has come out as transgender in Queen Creek, Arizona.

Daniel Harrott, 41, the biological parent of two trans children, was assigned female gender at birth and is a transgender man.

His son and daughter also say they were assigned the wrong gender at birth, and he has met a transgender woman, Shirley Austin, 62, who was assigned male gender at birth. Harrott and Austin are now engaged.

‘The whole family is in transition,’ Austin told KJZZ. 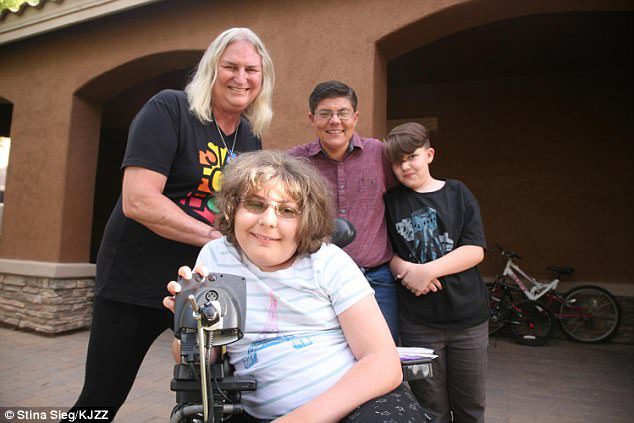 ‘It feels like you’re getting to live for the first time,’ Harrott said. ‘And my children are getting to be who they’ve always wanted to be.’

Chaz Bono, who was assigned female at birth and is a transgender man, explains his being born with female reproductive organs as being ‘a birth defect, like a cleft palate,’ according to Bustle. 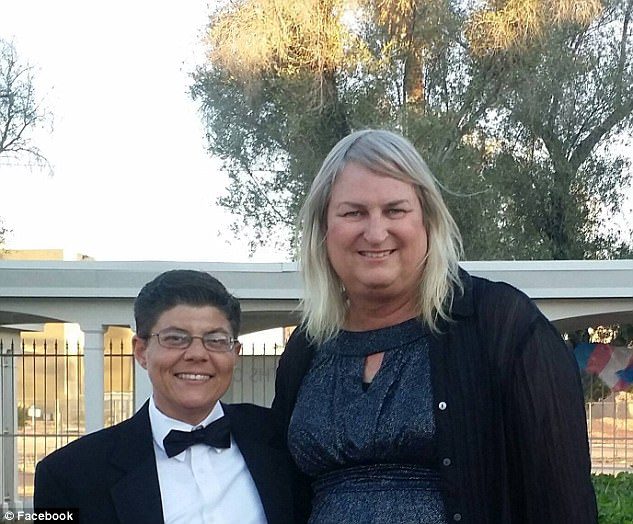 An entire family of four has come out as transgender in Queen Creek, Arizona; Trans man Daniel Harrott, 41, is seen here with fiancee and trans woman, Shirley Austin, 62 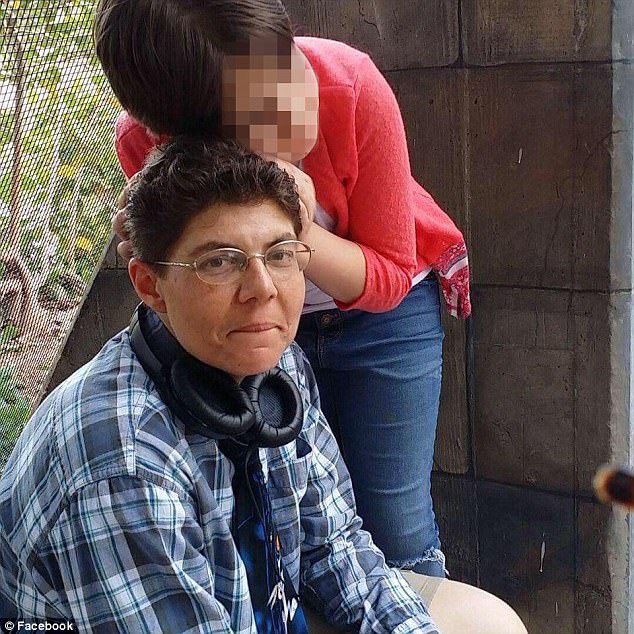 Harrott’s son, an 11-year-old Mason, was assigned female gender at birth and is a transgender boy. He has dark brown hair, shaved up on the sides that fall slightly over his eyes if he’s not careful to keep it swept back.

Harrott’s daughter, Joshua, age 13, was assigned male gender at birth and is a transgender girl. She has sandy-brown hair that falls just to her shoulders as she sits in her wheelchair.

Harrott told KJZZ that he thinks trans people have been part of his family for 100 years.

His grandmother’s sister, which would be his great aunt, was called a ‘cross-dresser,’ he said. Harrott said that bothered his grandmother, so she was very strict with his mother, and made sure she dressed feminine at all times.

‘Of course, my mother just gave that same lesson: ‘This is not OK. You must be a girl. This is who you were born to be,” Harrott said.

Harrott lived most of his life as a woman, but makeup and women’s clothing just never felt right to him.

He married a man and gave birth to Mason and Joshua without ever quite feeling like himself. 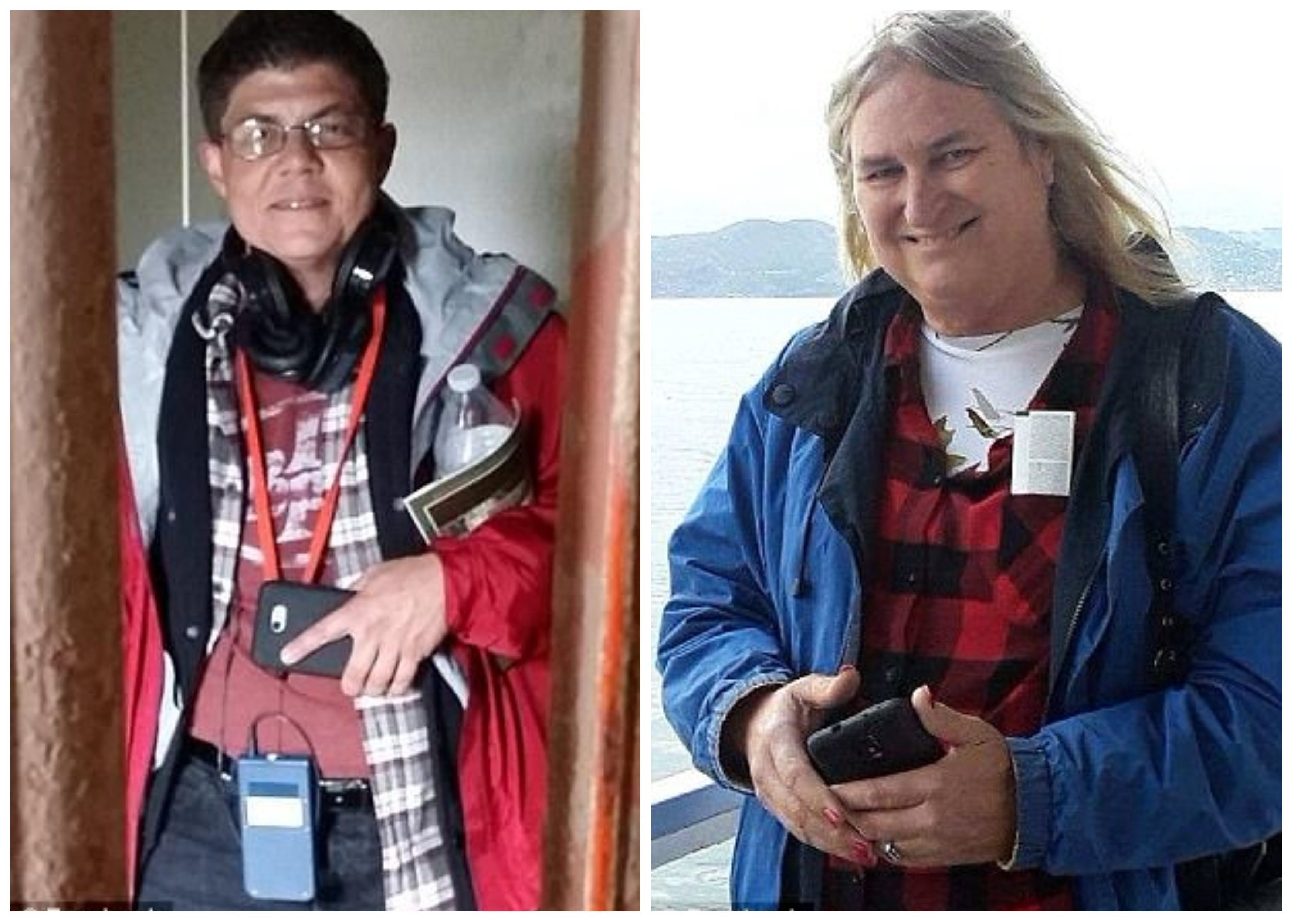 It wasn’t until last year, when Joshua wanted to join Girl Scouts, that Harrott was introduced to the term ‘transgender’.

‘When I finally looked [‘transgender’] up, I realized, ‘Oh my gosh, they’re trans, and I know it’s true – because I am, too, and it’s been my whole life,” Harrott said.

Their openness about living their authentic selves gave Harrott the courage he needed come out as a trans man. Right away, he cut his hair and went shopping for new clothes that felt truer to himself.

‘I opened my eyes, looked in that dressing room mirror and went, ‘Oh this is it. This is perfect. This is me,” he said. 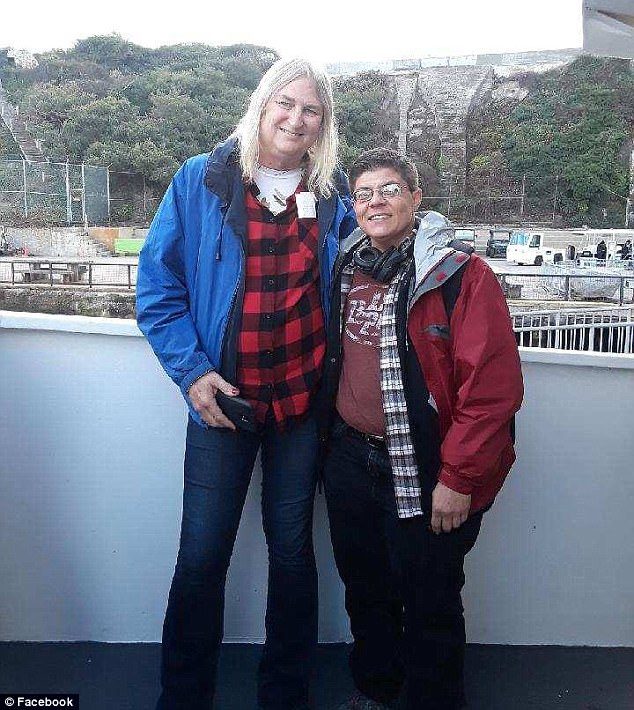 Harrott (R) met Austin (L), as she was volunteering at an organization that supports parents of trans youth

While all of this was happening, Harrott met Austin, as she was volunteering at an organization that supports parents of trans youth.

Austin was at a point in her life where she thought she’d be single forever. She had also been married before.

‘I was never accepted before by people that really loved me, and we were married,’ she said. ‘So why would any of that change?’

‘It was so freeing because I knew I could be me, and they’re going to understand me for who I am,’ Austin said. ‘They’re going to know the hurts that I feel and how we can help each other.’

Harrott said his biggest hope for this children is that they, too, feel accepted and supported for their true selves.