Home
Humanity
Teenager Is Rejected After Job Interview, When She Asks Why She Gets This Reply…

When a teenager interviewed for a job at a local steakhouse, she never expected to be turned down by way of a text message that included a laughing emoji.

Megan Dixon had a job interview at the new Miller & Cater Steakhouse location in Enderby, Leicestershire. The 18-year-old was interviewed by Shantel Wesson, the restaurant’s assistant manager. 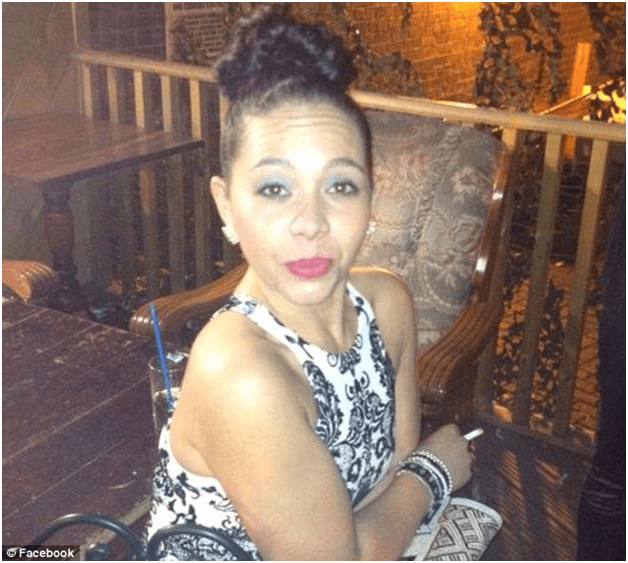 Shortly after her interview, Dixon said Wesson sent her a text that stated, “It’s a no x.”

When Dixon inquired why she said Wesson replied that she wasn’t engaging enough and that her answers were “basic.”

Basic is slang for someone who follows the norm or is cliché.

It was the basic response that came with the laughing face emoji, which Dixon took as the assistant manager mocking her. 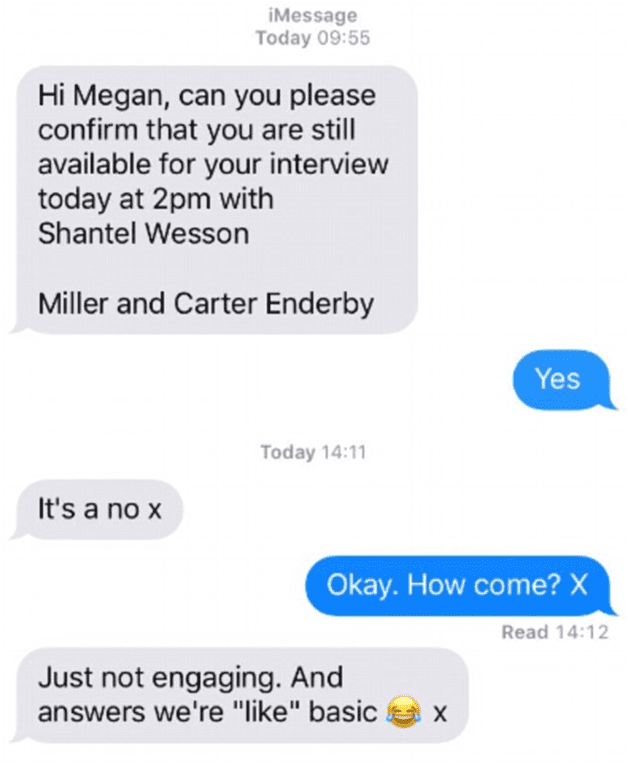 Dixon said she thought it was a bit odd when Wesson didn’t shake her hand or be professional. She said Wesson was on her phone the entire time.

“I didn’t really feel like I was in an interview,” she said.

When the 18-year-old asked Wesson when she may hear about the position, she was told it would be several days. However, minutes after she left, Dixon was sent the text message.

The teen said her answers might have been basic because she’s not had my interviews with this one. She said Shantel asked her about her proudest moment, but being only 18, there wasn’t much she could say.

Dixon said she wished she had gone to the restaurant and confronted the assistant manager. When she went home, she said her mother had gotten upset by the situation, saying big companies shouldn’t be treating people in this manner. 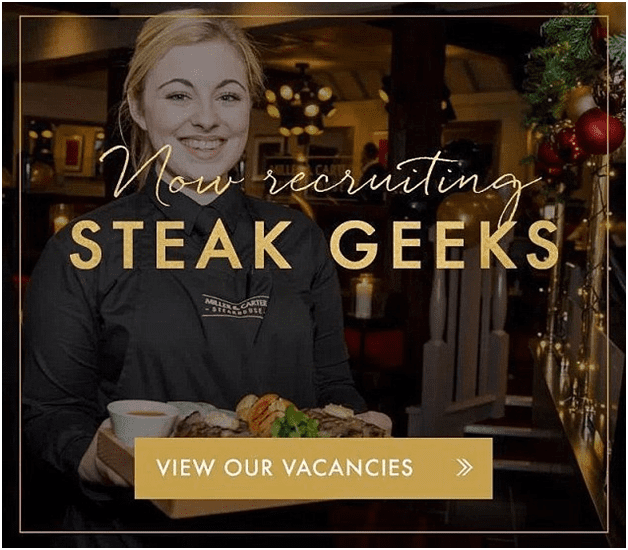 Miller & Carter is advertising 50 new jobs for its Enderby area. Dixon, who is an A-level student, felt it was her chance to earn a little money from college.

A Miller & Carter spokesperson said the company was looking into the incident and apologized to Dixon for the treatment she endured. The statement read that it was never the company’s intention to show her disrespect, with text messages that were meant for a manager, not the applicant.