A couple from Tennessee who picked out the perfect location for their engagement photos got a truly magical surprise when they arrived at the idyllic waterfall spot to discover that it had completely frozen over – creating an icy wonderland unlike anything they had ever seen.

Josh Morris and Morgan Daye have always planned to take their photos at Bald River Falls near their hometown, but they had no idea that they would arrive and find that the water had turned to ice, making for the most magical photoshoot set.

The couple’s photographer, Kellie Elmore, told Bored Panda, ‘Josh and Morgan wanted to shoot in the mountains and around the falls from the beginning. 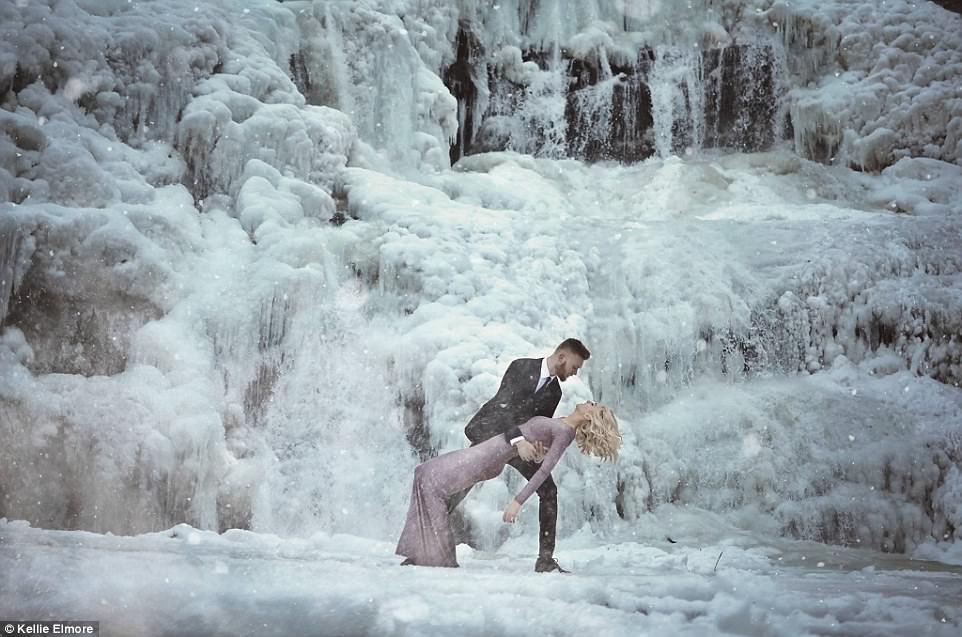 Stunning: A couple from Tennessee had planned to take their engagement photos in front of Bald River Falls but they never dreamed it would turn into the magical frozen scene when they arrived 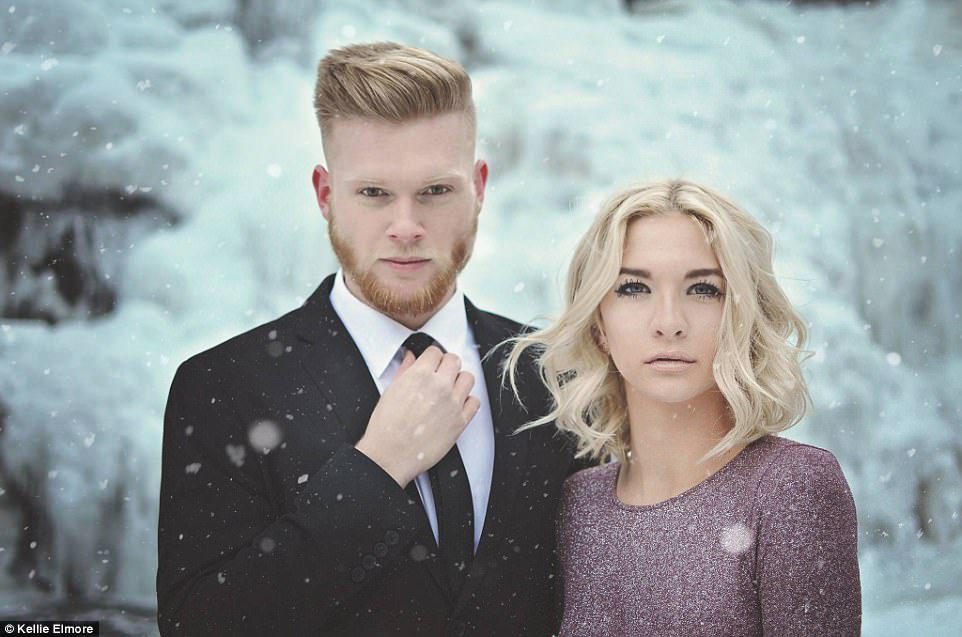 Flawless: Josh Morris and Morgan Daye arrived at the Falls on foot in below freezing temperatures and were completely blown away by the setting as they were not expecting it to look so beautiful 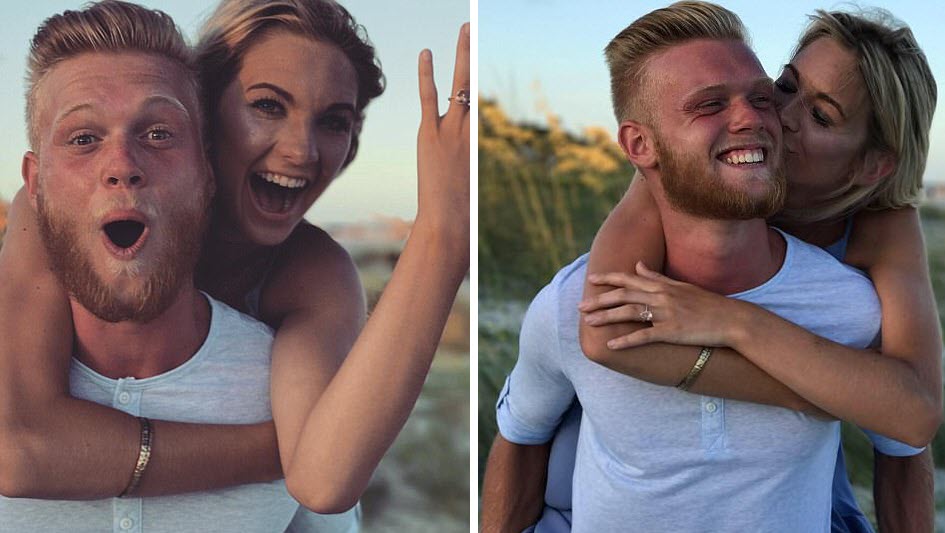 Happy: The couple wanted to shoot at the Falls in Tennessee from the beginning because they both love the outdoors, nature and hiking, but their photographer, Kellie Elmore, said, ‘she wanted to glam it up a little’

‘It’s a beautiful area and reflects what brought them together – their interest in the outdoors, nature and hiking. Except she wanted to glam it up a little.’

The couple arrived by foot in frozen temperatures of 25°F (-3°C) and they had no idea what they were in for.

‘We didn’t know when we planned the shoot, but a few days prior we found out through social media that the falls were frozen. But what we didn’t expect was how awesome it looked in real life once we arrived,’ Kellie shared.

Kellie explained that they took all safety precautions before getting on the ice to make sure it was safe enough for them to stand on.

‘My son, Damon, and fiancé, David, were sure to check the stability of the ice before anyone got on, but when we arrived, there were dozens of people already out on it.

‘I did manage to fall on my butt one good time, and headbutt a tree during our hike back up to the top though,’ the photographer shared.

In response to all of the positive feedback the photographer is getting for her absolutely stunning photos, Kellie said she is shocked. ‘I honestly never imagined this would happen. I am overwhelmed and overjoyed. To have something you love so much to do be shared on such huge platforms and large scale, it’s a true blessing.’

Josh and Morgan have planned their wedding for May this year. 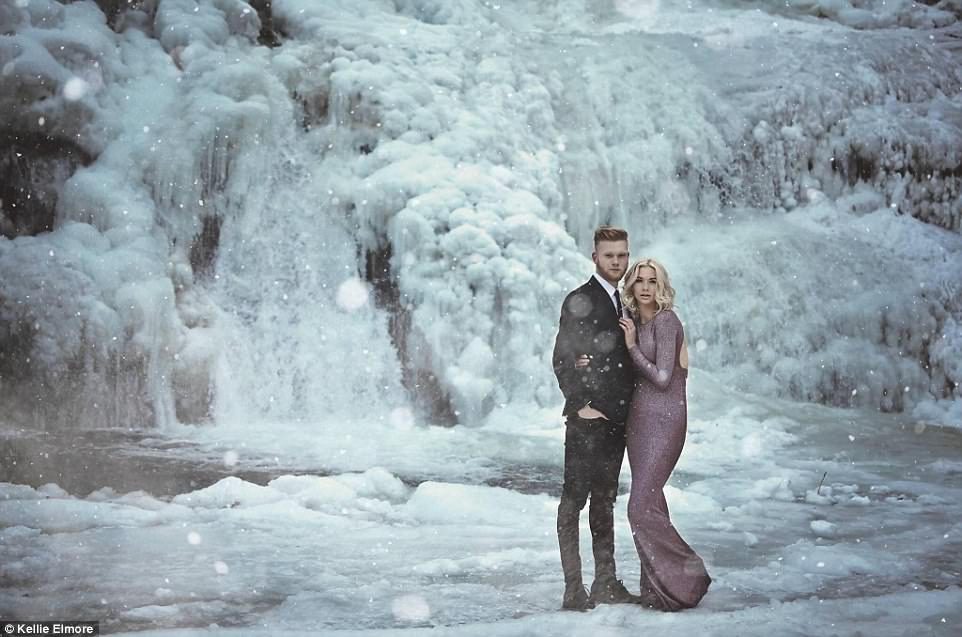 Movie set: They took safety precautions before getting on the ice and Kellie said, ‘My son, Damon, and fiancé, David, were sure to check the stability of the ice before anyone got on, but when we arrived, there were dozens of people already out on it’ 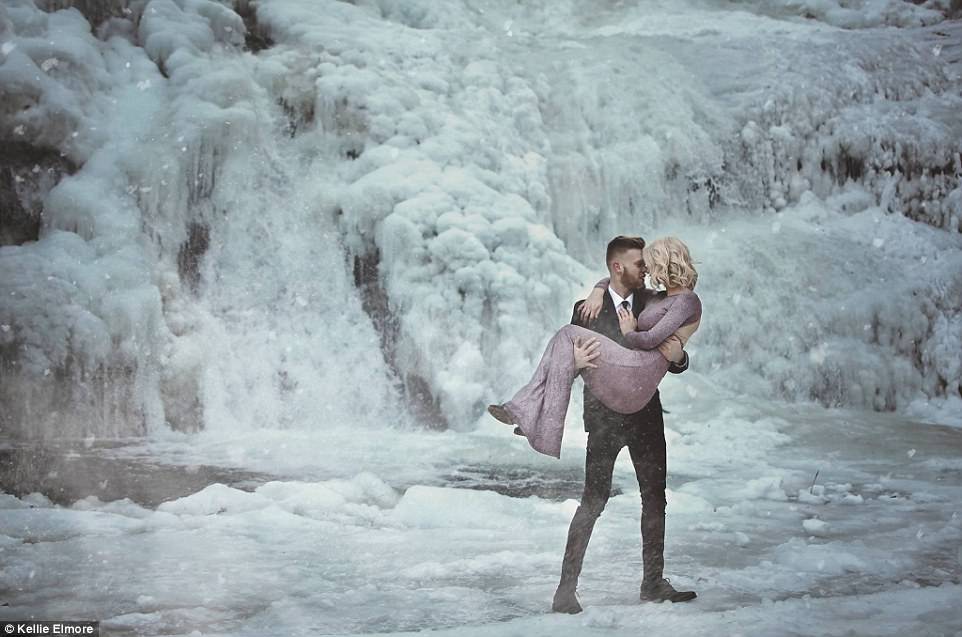 Gorgeous: Josh looked so handsome in a perfectly tailored black suit, while Morgan looked like a princess in her purple sequin gown with a keyhole back 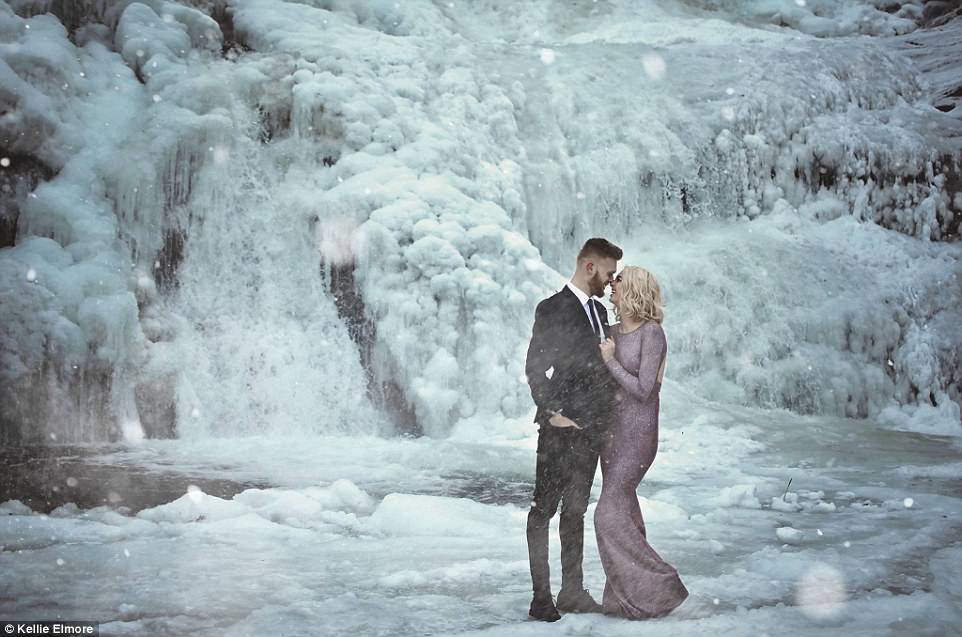 Love: Even though Josh proposed to Morgan on a beach, that didn’t stop the two lovebirds from letting the cold get in the way of their stunning photos 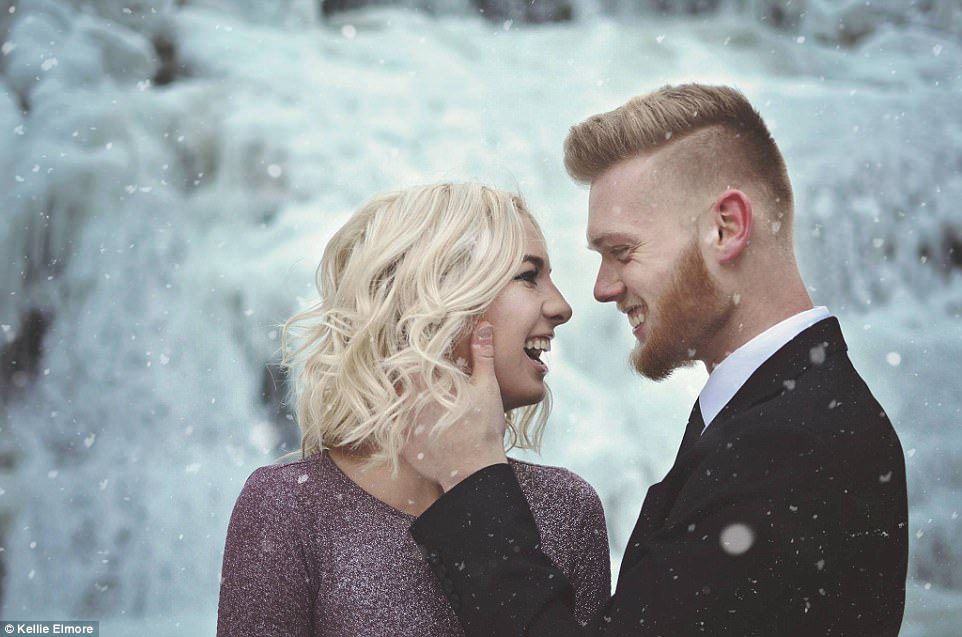 Freezing: The pair obviously did not mind the freezing temperatures, despite neither of them wearing jackets and Morgan wearing an open-back dress 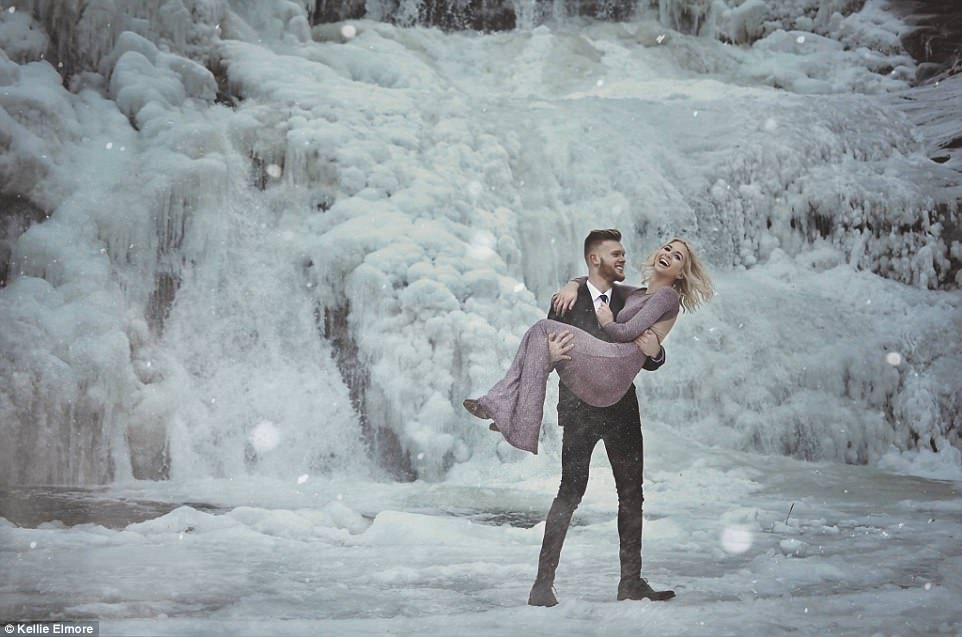 Happily ever after: Josh and Morgan have planned their wedding for May this year and if these are just the engagement photos, we can’t wait to see their wedding photos