Gordon Ramsay has confessed to avoiding speed camera fines in the U.S. by wrapping cling film (known as Saran wrap in the US) on his Ferrari’s number plate.

The celebrity chef, 51, joked that the police don’t pull him over because of of his transparent trick.

Ramsey is renowned for his love of speed and has sometimes been seen putting vehicles through their paces on motorways around Los Angeles in the early hours of the morning. 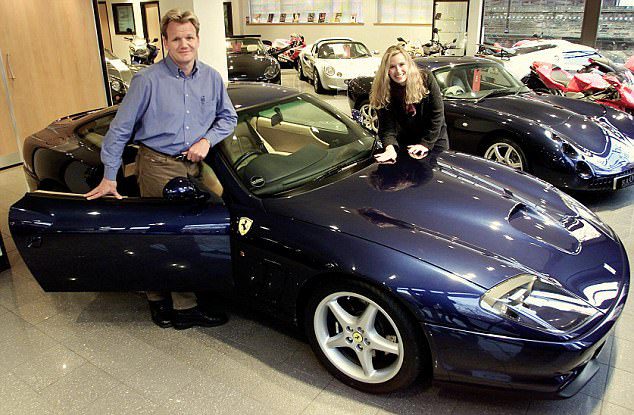 Among the first Ferraris that Ramsay owned was this 550 Maranello, which was bought for him by his wife Tana as a present for earning a three-star Michelin award in 2000 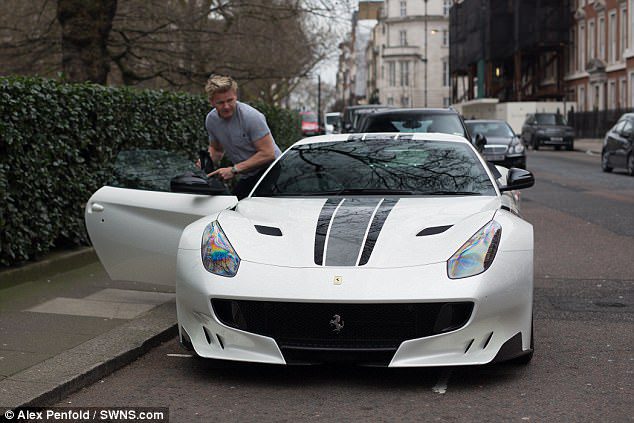 The LaFerrari Aperta is one of the latest limited edition Ferraris to be owned by the renowned petrolhead, pictured here with his F12 TdF 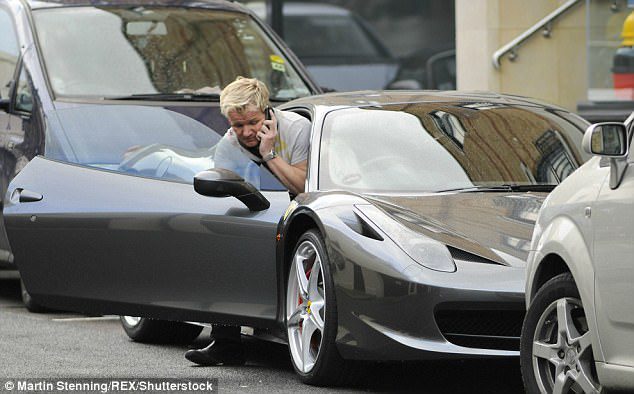 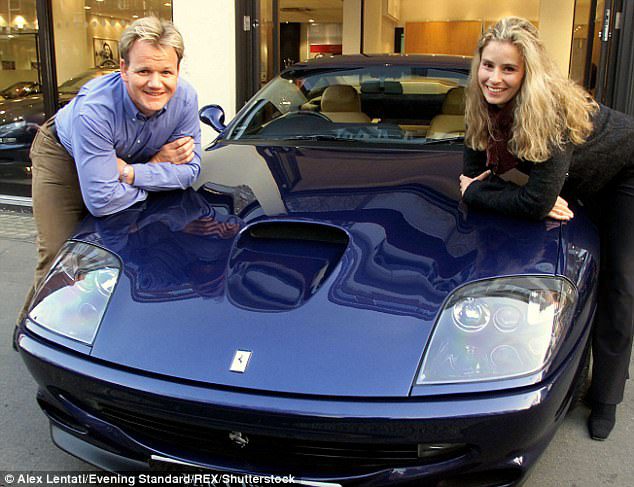 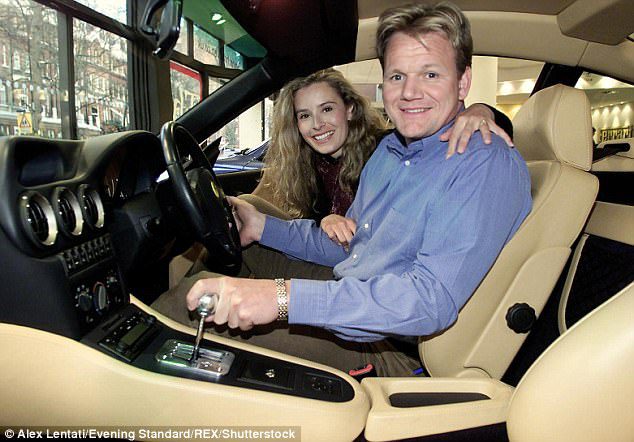 He told the Mirror that he seldom gets a ticket because the cling film on his number plate reflects speed camera flashes and stops his high-speed cars from being identified.

The father-of-four, 51, told the paper: ‘I drive my cars at night when no one sees me.

‘I’ll take it out at 2.30 in the morning on the freeway and I’ll blast on the motorway and no police catch me and no cameras because I wrap my number plates with cling film.

‘It’s a great thing for a chef when they get your own Ferrari, just wrap it with cling film,’ he said.

‘It won’t photograph, it reflects. Brilliant! It’s a great tip. I’m trying to help you…

‘So get rolls of cling film when you get your Ferrari and wrap the front so you won’t get caught speeding.’

The speed limit on most Los Angeles freeways is 65mph – Ramsay’s Ferrari California T can do almost three times that speed.

The famously outspoken chef is reported to have eight Ferraris in Britain in addition to his his soft-top in the U.S.

He has said that he feels uncomfortable about driving to work in his £160,000 Italian supercar during the day.

He has also rejected criticism that he is a wealthy show-off: ‘I get a lot of criticism for being blunt, brutally honest,’ The Mirror quoted him as saying.

‘It’s because I have never forgotten to this day where I’ve come from, how hard I’ve worked.

‘Someone said to me, ‘Easy for you, you go to work in a Ferrari’.

The chef has recently embarked on a gruelling fitness regime after realising that at 18 stone he was overweight.