Officer Robert Josett works for the Montebello Police Department, located 10 miles outside of Los Angeles, responded to an incident at a local bank. Josett received a call from Bank of America to assist with an unruly customer.

When Officer Josett was dispatched to the scene, there was an elderly gentleman who was causing a scene and getting quite upset. 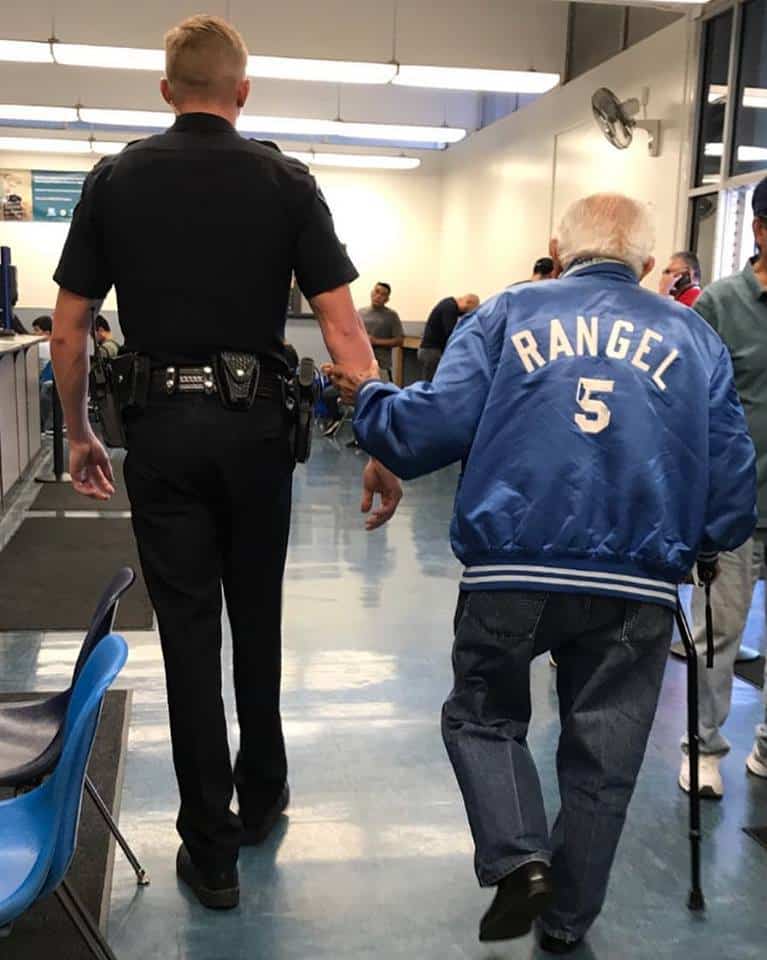 Josett walked into the bank and saw a very agitated and saddened 92-year-old man. When he approached the man, there was a lot of commotion. The senior citizen was attempting to withdraw money from his account but was struggling with the transaction.

As it turns out his ID expired so the bank was unable to process his request and the man became increasingly distressed that no one would help him.

The bank’s policy is to require a current form of identification for these types of transactions and the elderly man didn’t know why they wouldn’t work with him; this is when the authorities were called.

Officer Josett approached the gentleman, he  took the man to his car and drove him to the Department of Motor Vehicles to get a brand new ID card. 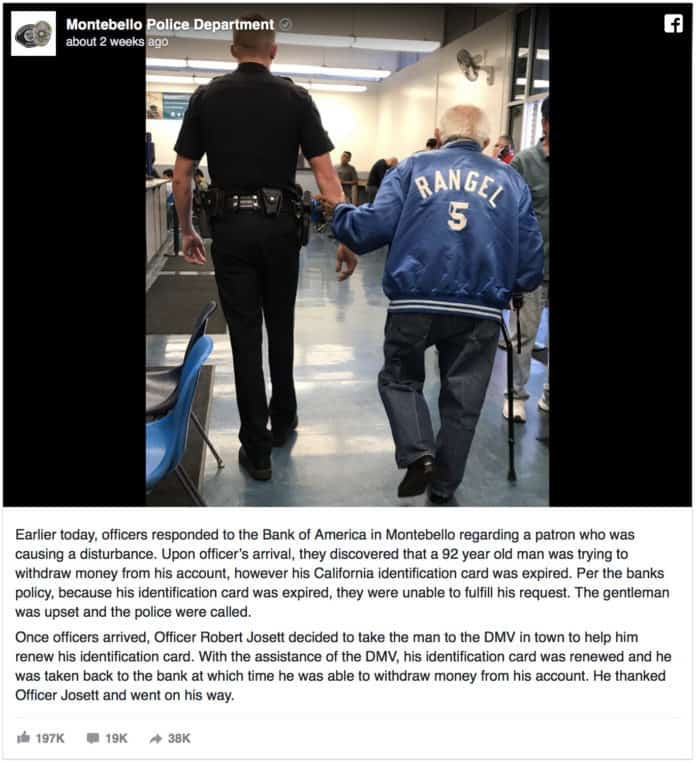 Once the policeman had helped the elderly gent get his new identification, he drove him back to the bank so that he could withdraw his money.

After the Montebello Police Department posted on Facebook, they received national attention. The comment section was inundated with a positive affirmation for the officer and his good deed. 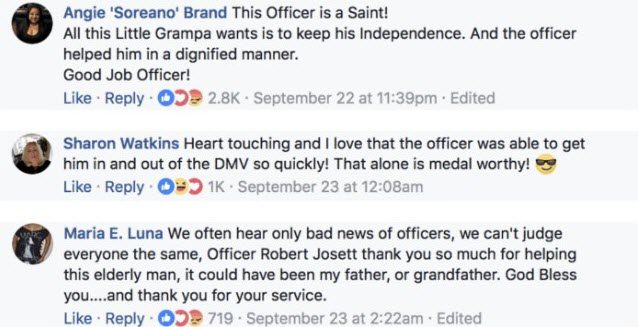 Thank you Officer Robert Josett for your compassion and care for the community. And thanks to the thousands of unsung heroes who joined the force for the right reasons. We need more folks like them.