Japan, pronounced in Japanese as “Nippon” or “Nihon”, is a Pacific Ocean island nation off the coast of mainland Asia, comprised of about 6,900 islands.

The most prominent and populous islands among them are Honshu, Hokkaido, Shikoku, and Kyushu, making up 97% of the country. There are 47 prefectures with a total population of 127 million (11th in the world) within these islands.

Even though 73% of the country is mountainous, a majority of people live on the coastlines, so it is one of the most densely populated countries in the world.

Early Japanese culture was largely influenced by China. During the Edo era, it exercised a strict isolationist policy, so it closed its doors to all relationships with the outside world and managed to cultivate a distinctly Japanese culture.

However, it reversed this practice after the fall of that era in 1868 and adopted cultural practices from all over the world. There are two main religions in Japan: Shinto, a Japanese religion, and Buddhism, which was imported in the 6th century from China.

Japanese culture has been an inspiration to other cultures for centuries, as their lifestyle choices make them the people with the highest life expectancy on Earth. Japanese women are incredibly youthful, slim, healthy, and delicate. 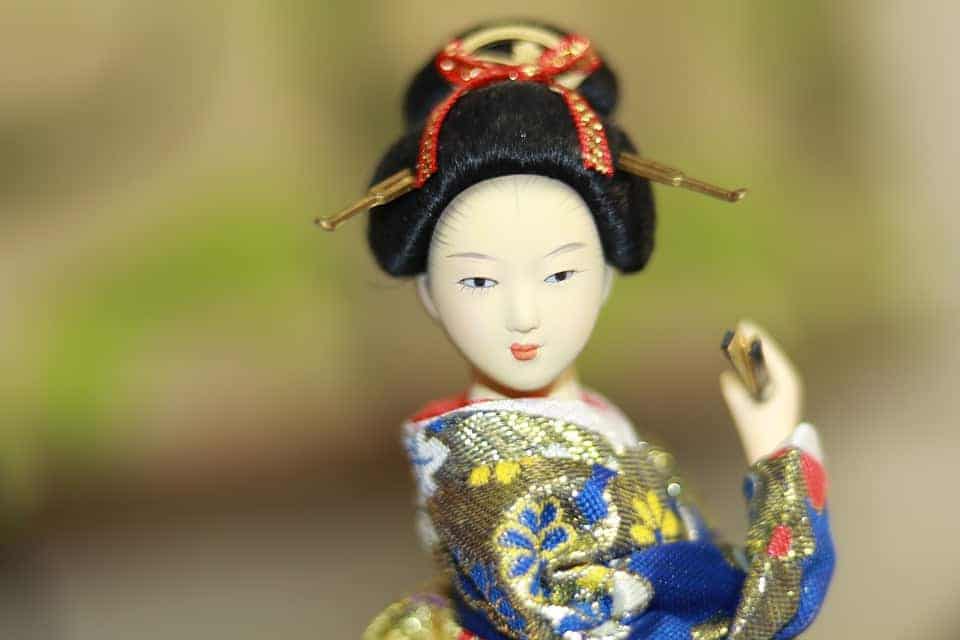 Japanese people tend to make their country a better and more efficient place, and they are all committed to improvement, health, and efficiency.

Manners are essential amongst the Japanese. In Japan, people greet each other by bowing, and a bow can range from a small nod of the head (casual and informal) to a deep bend at the waist (indicating respect). On the other hand, shaking hands in Japan is uncommon.

When dining out, numerous restaurants have a mixture of both Western-style tables and chairs as well as low traditional tables, where it’s usual to sit on a pillow. Most kinds of Japanese meals are eaten with chopsticks, and these should be held towards their end, not in the middle or front third.

Additionally, it is not customary to tip in Japan, but you should say “gochisosama deshita” (“thank you for the meal”) when leaving instead.

Gift-giving is a common part of this culture and various types of gifts are given on different occasions. One interesting curiosity is that they avoid gifts in sets of 4 are usually avoided since the word for “four” is pronounced the same as the word for “death”.

Being ancient, diverse, and divine, Japanese culture has fascinated other peoples throughout history. From diet to festivals, sports to fashion, the culture is ever-present both in the country and afar.

Therefore, we decided to bring this amazing culture a bit closer, so take a look at the following 20 crucial life components:

The Japanese people avoid eating on the go and consider it impolite. Eating is a sacred time in Japan, used to refuel and energize the body, so they always sit down and focus on food.

Generally, there are four main cooking methods in Japanese cuisine: agemono, similar to deep-frying but uses healthier batter like tempura, mushimono, which is steaming; nimono, boiling; and yakimono, which is a form of broiling.

By cooking at home, Japanese people lower the amount of unhealthy, unsaturated fats, and carbs, and thus prevent various health issues. Their diets are high in whole, unprocessed foods, rich in vitamins and minerals.

This is the healthiest drink on the planet, with numerous medicinal properties, since it is rich in nutrients and antioxidants.

Japanese cuisine is rich in seafood and different types of squid, fish, octopus, eel, and shellfish, added to sushi, salad, curry, and tempura.

Seafood is abundant in nutrients, protein, vitamins, and minerals like B and D vitamins, omega-3 fatty acids, but low in saturated fats.

Therefore, it lowers the risk of cardiovascular events like arrhythmia, stroke, and heart attack, relieves pain due to arthritis, decreases the risk of age-related macular degeneration, treats depression, and supports proper brain growth in babies and children.

This plant is commonly added to meals and traditional recipes and is popular as a condiment for sashimi and sushi.

Wasabi is low in calories and saturated fats, but high in fiber and protein, as well as zinc, calcium, magnesium, phosphorus, iron, and sodium, and vitamins A, C, and B. It can prevent certain cancer types, improves digestion and gut health, and controls body weight.

At mealtimes, the Japanese apply the phrase “ichiju-sansai” or “one soup, three sides”. A typical meal contains a staple food like rice or noodles, the main dish such as fish, chicken, pork or beef, and a side dish like pickled vegetables and miso soup.

The protein portion is in the size of the palm. For vegetables, one fist-sized portion is adequate and for salads, two fist-sized.

These foods, such as sauerkraut, kimchi, yogurt, tempeh, pickles, and miso soup, as well as fermented drinks like kefir and kombucha, are high in beneficial enzymes, B-vitamins, Vitamins C, and A, omega-3 fatty acids, and probiotics, and support health in various ways.

Japanese people prefer to walk in overcrowded cities to reduce traffic congestion, and it is also considered to be a Buddhist ritual.

The Japanese have an important concept, called ikigai, divided into two words, iki which means life and gai which means worth. It is about a feeling of self-fulfillment and happiness that comes from within, about what brings joy in life.

Japanese culture also considers the ability to be hopeful in the face of obstacles as being part of a state of happiness. The Japanese learn to be conscious of what makes them happy and satisfied in life, and this keeps them looking and feeling younger.

Japanese people tend to age slower as they are constantly active, walk, or ride the bike to school and work, avoid prolonged sitting, walk a lot, jog go to the gym, and even run marathons.

Martial arts are a way of life and spiritual practice in Japan. Dating back to 23 B.C., they were traditionally performed by samurai warriors due to the restriction on weapons by other members of society.

They can be of various styles, Aikido, Laido, Sumo, and Karate. They are total body workout that uses every muscle in the body and boosts stamina, flexibility, endurance, and strength. Moreover, martial arts teach morals, values, and focus, and improve mood.

Also known as onsen, these baths are very popular in Japan. There are various hot springs, distinguishable by the minerals dissolved in the water.

Japanese people eat desserts to cleanse and freshen the palate after a meal, so they are low in sugar, and rich in fruits, rice, and sweet beans. Popular dessert choices include mocha, fruit sandwiches, green tea meringue cookies, and squash or pumpkin pie.

Therefore, Japanese women cope with stress by making the most of their free time, get involved in community events, go on excursions and shopping, and thus lower stress.

There are thousands of acres of untouched nature wherever you look in the country, and the entire nation nurtures a friendly outlook on nature.

Children learn to live in harmony with nature and build a respectful relationship with it. People often take relaxing nature trips to relieve stress and soothe the mind.

In Japan, the government treats health as a priority, so every single person in Japan has its healthcare completely covered by the state. Since healthcare is free, they go to regular checkups and control their health condition.

People in Japan spend a lot of time with their friends and often go out, despite their busy schedules. Regular social gatherings keep mental dexterity high, so almost no one suffers from dementia or age-related mental illnesses.

Japanese women are known for their beautiful, flawless, youthful skin, which is mostly a result of their unique skincare routines.

Hygiene is crucial in Japanese culture, so keeping the skin pores clean is important. They also perform facial massages and use natural oils to treat the skin.

Hard work is something to be proud of in Japan. A productive employee is rewarded and praised for his contributions. The salaries are high, so people feel like they’re investing effort and it pays off, and this, in turn, boosts their entire economy and industry.