He’s one of Hollywood‘s most influential directors and producers of film and television.

And Tyler Perry has committed to doing all that he can to aid the people of The Bahamas in the wake of the devastation caused by Hurricane Dorian this week.

Perry, a New Orleans native who created the successful Madea series of films, posted a photo taken on The Bahamas to his Instagram on Tuesday and wrote in the caption: ‘To all the incredible people of the Bahamas who have welcomed me and called me an adoptive son, I want you to know that I am watching closely, and as soon as I can, I will be there to do whatever I can to help you rebuild stronger and better.’ 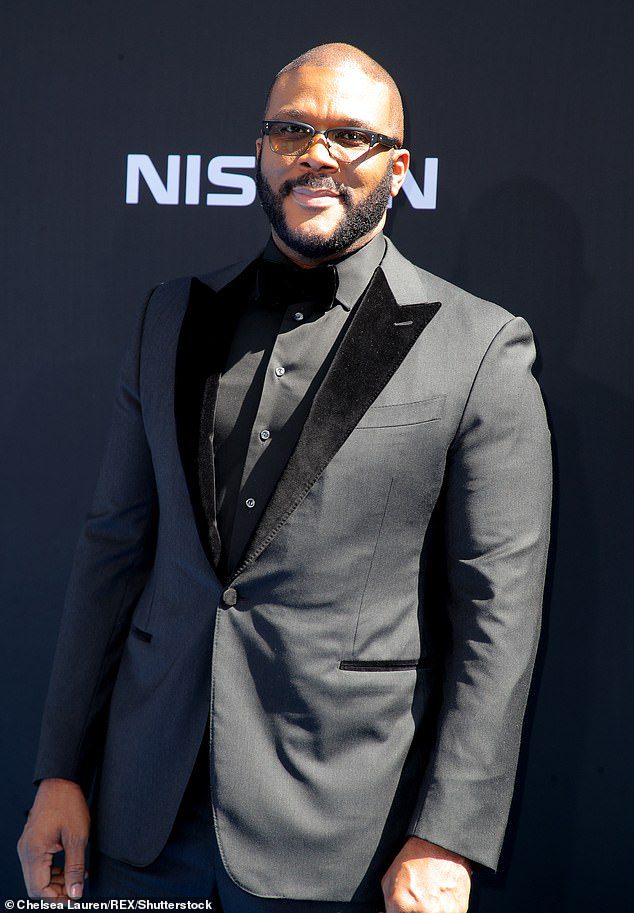 Pitching in: Filmmaker and television producer Tyler Perry is using his personal seaplane to deliver much-needed aid to residents of The Bahamas most affected by Hurricane Dorian

Perry went on: ‘You’re not only in my heart and my prayers, you’re in my blood. God bless you. Stay Bahamas strong. The sun will shine again. #HurricaneDorian.’

With winds of 185 mph, the hurricane obliterated houses on the Bahamas’ Abaco and Grand Bahama islands, home to some 70,000 people.

The official death toll from the government stood at 20 on Thursday and will likely increase.

TMZ reported Thursday that Perry is using his personal seaplane to deliver supplies to the Abaco Islands and has made two trips so far.

The plane has also been used to transport people in need of medical attention. 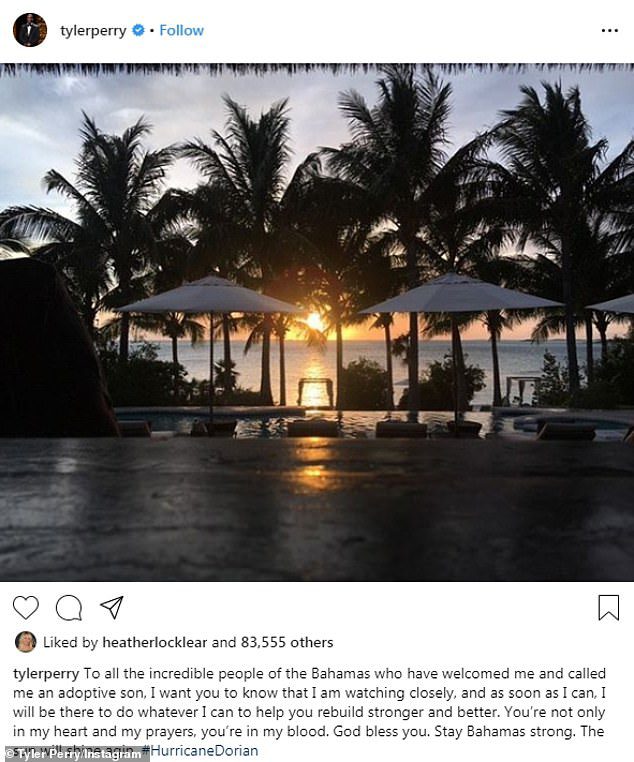 Promise: Perry, a New Orleans native who created the successful Madea series of films, pledged support in an Instagram post on Tuesday with the first aid runs taking place Thursday 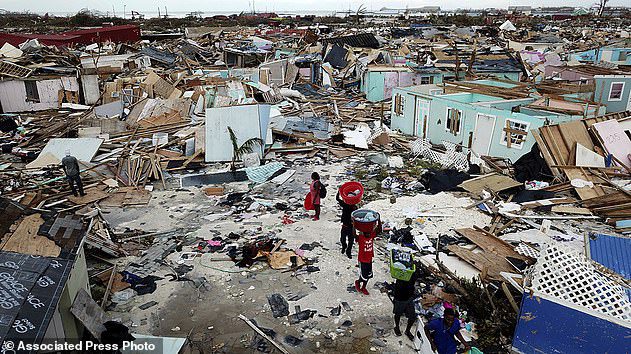 Devastation: The hurricane obliterated houses on the Bahamas’ Abaco and Grand Bahama islands, home to some 70,000 people and has killed at least 20 people with the toll set to climb

Perry is not the only famous person stepping up to help.

Rihanna has described herself as ‘heartbroken’ by the catastrophic damage that’s been caused.

She has pledged that her charity the Clara Lionel Foundation, named for her grandparents, would do what it could to help the recovery and humanitarian efforts.