Roger Federer has been crowned Sportsman of the Year at the Laureus awards in recognition of his return to the top of tennis.

Federer won at Wimbledon and the Australian Open in 2017, his first major titles since a serious knee injury and surgery which ruled him out for six months.

The Swiss icon won in Australia again this year, becoming the first man to reach the milestone of 20 Grand Slam singles titles and has reclaimed the world number one spot at the age of 36. 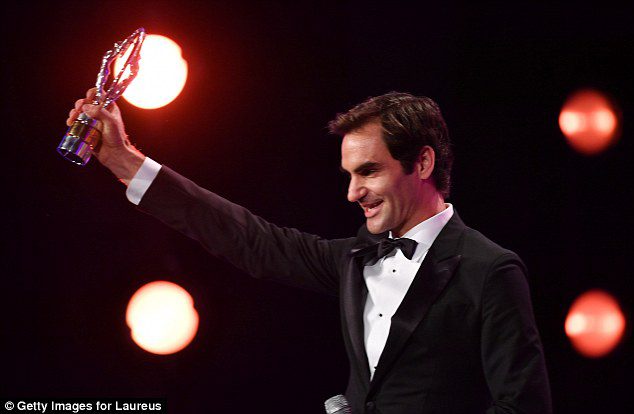 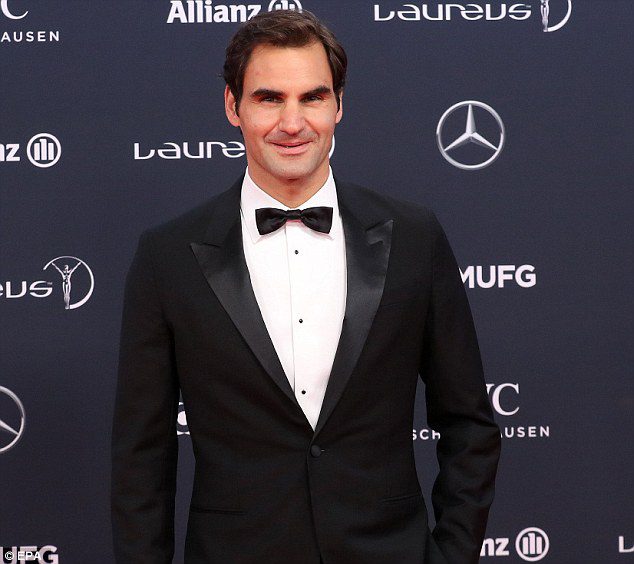 Federer, who wore a tuxedo to the event, won two Grand Slams in 2017 and another this year 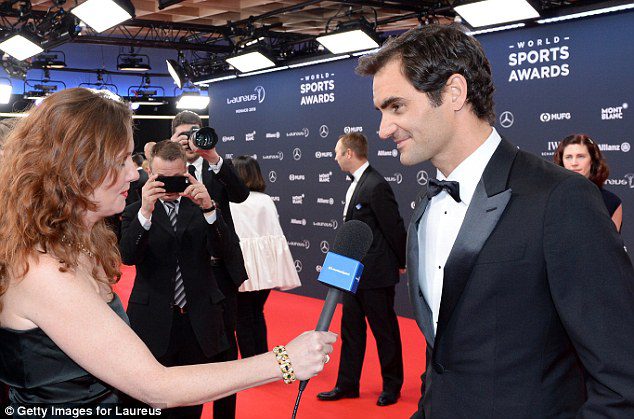 He also picked up the prize for Comeback of the Year at a ceremony in Monaco taking his total number of Laureus awards to six.

‘Last year was something else,’ said Federer as he collected his Comeback award. ‘It was a dream come true and I want to thank all the people who got me back, my doctor who did the operation, my physio, and my fitness coach.’

Serena Williams was named Sportswoman of the Year for 2017 when she won in Australia, her 23rd Grand Slam singles title.

Williams revealed in an article for CNN in February how she almost died and required emergency surgery to remove a blood clot from her abdomen following the birth of her daughter Alexis Olympia.

Sergio Garcia won Breakthrough of the Year after his success at the US Masters, his first Major title at the 74th attempt.

Mercedes-AMG Petronas beat competition from Real Madrid and the Golden State Warriors among others to collect the Team of the Year in recognition of their continued dominance of F1. 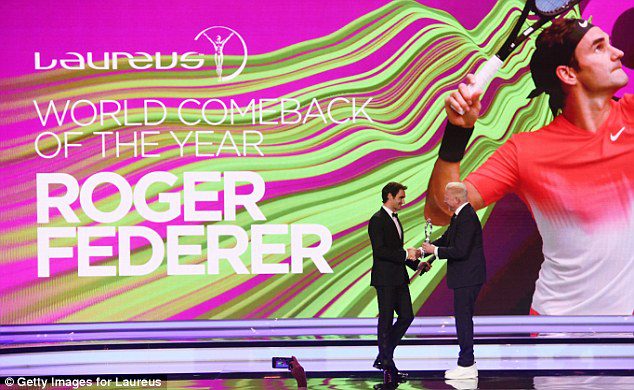 As well as winning Sportsman of the Year, Federer, 36, won the Comeback of the Year gong 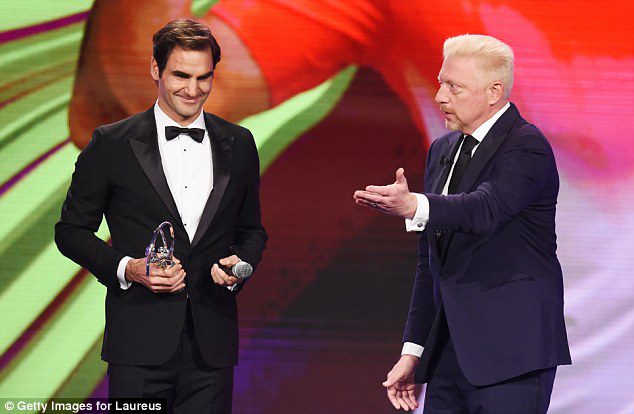 The award, presented by Boris Becker, recognized Federer for reclaiming the world No 1 spot 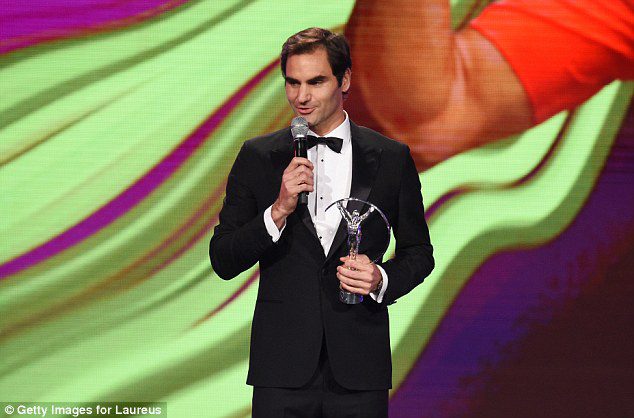 ‘Last year was something else,’ said tennis icon Federer as he collected his Comeback award

‘This is a very special moment for me,’ said Federer, who also paid tribute to his great rival Rafael Nadal. ‘Rafa had a great year too. We had a great battle. Because of a guy like him, I am a better player and he could be standing here with this award. He’s an incredible player, friend, and athlete.

‘It’s a privilege to take this award. Everyone knows how highly I value my Laureus Awards, so to win another would have been wonderful but to win two is a truly unique honor. And so unexpected. I am delighted and I would like to thank the Laureus Academy for all their support.

‘It was an unforgettable year for me, to come back after a very difficult 2016, and these Awards just make it even more memorable. When I won my first Laureus Award back in 2005, if you had said I would have ended up winning six I would not have believed you. It’s been an amazing ride.’

Among the other awards presented there were exceptional achievement awards for recently retired Italian footballer Francesco Totti in respect of his 22-year career at Roma.

Fellow ex-footballer Ryan Giggs was also in attendance and performed some ball-juggling tricks on the red carpet. 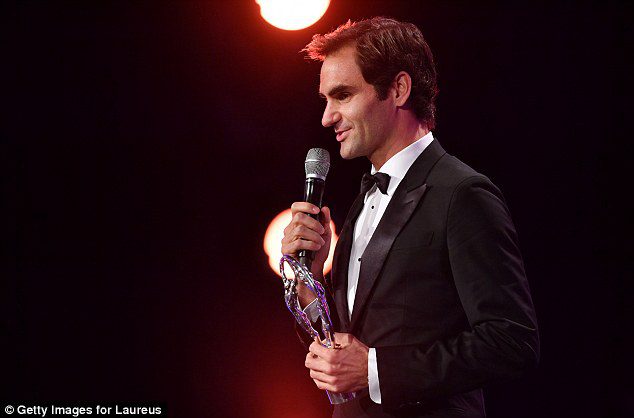 ‘I am delighted and I would like to thank the Laureus Academy for all their support,’ he added 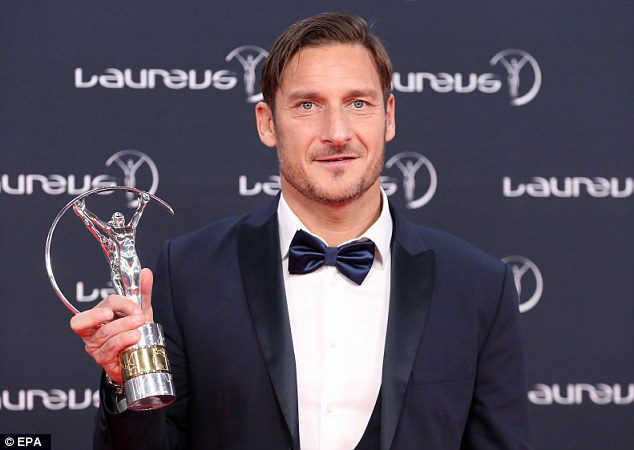 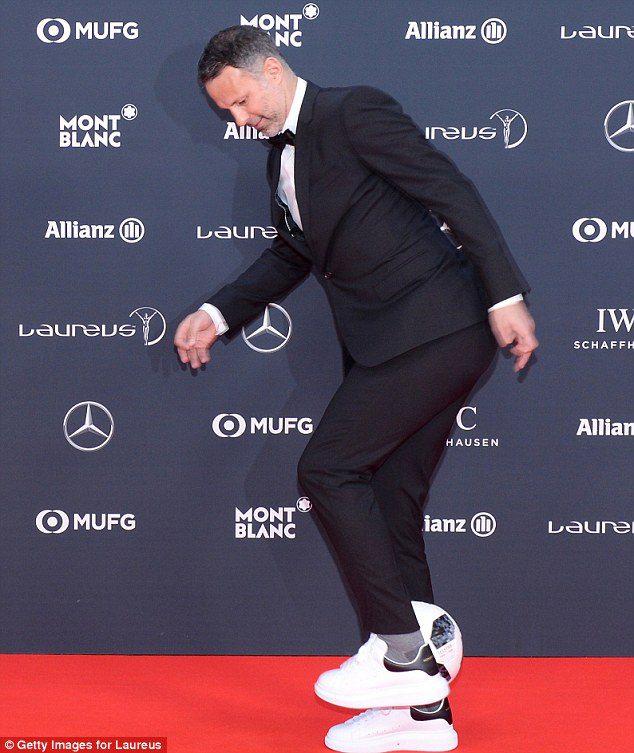 Athlete Ed Moses was honored with a Lifetime Achievement award.

JJ Watt of the Houston Texans received a Sporting Inspiration award for his efforts in the aftermath of Hurricane Harvey when he raised more than US$37million to support relief.

Active Communities Network won the Sport for the Good award.

Brazilian football club Chapecoense were voted by fans around the world as the Best Sporting Moment of the Year for the emotional revival and return to competition despite the devastation of an air crash in November 2016. 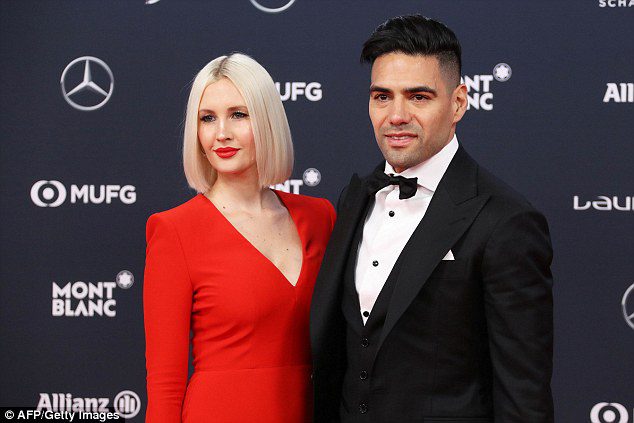 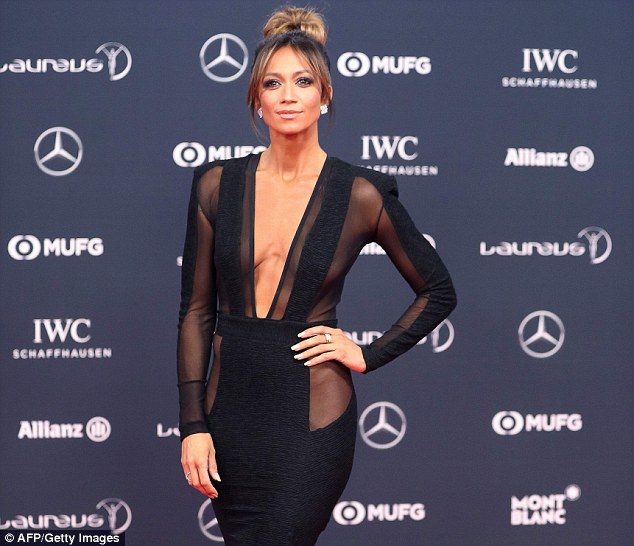 The awards ceremony was co-hosted by presenter Kate Abdo, seen posing on the red carpet