A strange flash of radio waves detected in space has been traced to a galaxy 120 million light years from our planet, unusually nearby in astronomical terms.

Dubbed FRB 171020, it was picked out from a haul of similar signals detected by experts last week.

Australian researchers announced that they had discovered a record-breaking 19 powerful bursts of radio waves emanating from deep space.

Fast radio bursts, or FRBs, are radio emissions that appear temporarily and randomly, making them not only hard to find but also hard to study.

The mystery stems from the fact it is not known what could produce such a short and sharp burst.

This has led some to speculate they could be anything from stars colliding to messages created by technological advanced alien civilizations. 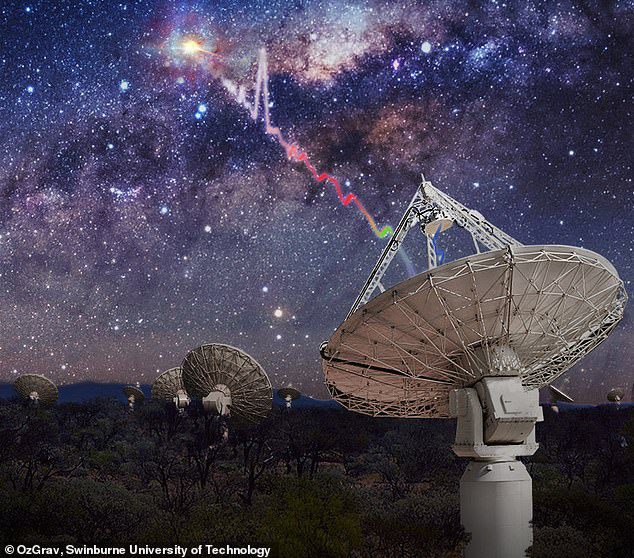 Researchers at the Swinburne University of Technology in Australia are behind the find and they say the object responsible for the signal must be within 100 million light-years or so.

Most bursts that have been detected have been billions of light years away, but FRB 171020 most likely came from a galaxy called ESO 601-G036.

Elizabeth Mahony at Australia’s national science institute, The Commonwealth Scientific and Industrial Research Organisation (CSIRO), say this galaxy is of a similar size to the only other galaxy an FRB has been pinpointed to.

It has a similar star formation rate and amounts of oxygen abundance to the galaxy in the constellation Auriga, which is located 2.4 billion light-years away.

ESO 601-G036 doesn’t give off a continuous stream of radio emissions, however, while the Auriga galaxy, going against theories that FRBs can only form in galaxies that give off these type of emissions.

The team hopes to discover another FRB coming from ESO 601-G036 to pinpoint exactly where it originates.

Speaking to New Scientist, Dr. Mahony added: ‘Then we might actually be able to solve the mystery of what causes these fast radio bursts.’ 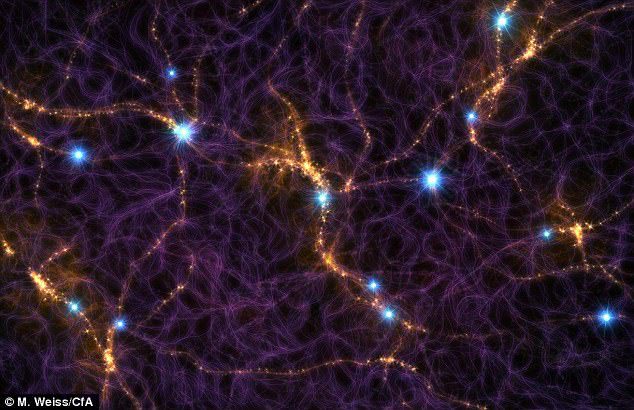 CSIRO radio telescopes in Western Australia announced they had detected the group of mysterious blasts on October 10, nearly doubling the total number of known FRBs.

Among the 19 signals observed were some of the closest and brightest FRBs ever detected, researchers from the Swinburne University of Technology found.

Fast radio bursts are elusive signals that last just a few milliseconds, and are thought to originate billions of light-years away – but, scientists don’t yet know what causes them.

They also generate an intense blast of energy – enough that it’s almost equivalent to the amount released by the sun over the course of 80 years.

‘We’ve found 20 fast radio bursts in a year, almost doubling the number detected worldwide since they were discovered in 2007,’ Ryan Shannon, lead author of the original study, said in a statement.

The scientists say they’ve also proved that the FRBs are coming from the other side of the universe, ‘rather than from our own galactic neighborhood.’

FRBs typically travel for billions of years, occasionally passing through clouds of gas.

Scientists pay close attention to the arrival of the different wavelengths to learn how much material the burst has traveled through on its journey. 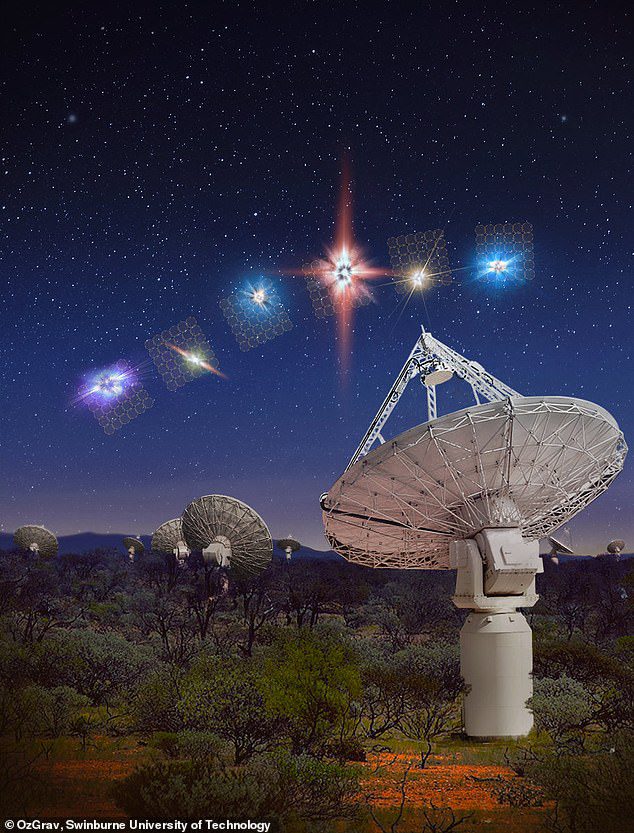 ‘Each time this happens, the different wavelengths that make up a burst are slowed by different amounts,’ Jean-Pierre Macquart, a co-author of the study, noted.

‘Eventually, the burst reaches Earth with its spread of wavelengths arriving at the telescope at slightly different times, like swimmers at a finish line.

‘…And because we’ve shown that fast radio bursts come from far away, we can use them to detect all the missing matter located in the space between galaxies – which is a really exciting discovery.’

Scientists now know that FRBs come from about halfway across the universe, but it remains unclear what causes them or which galaxies they come from.

Astronomers have previously suggested that the bursts could be coming from a giant cosmic object, such as a neutron star.

Others have even wilder theories that they may originate from a far-flung alien race that’s yet to be discovered. 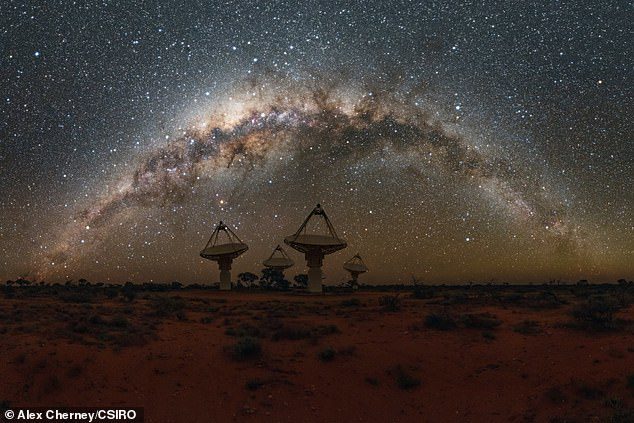 The team from the Swinburne University of Technology is now focusing on pinpointing the locations of the bursts on the sky.

‘We’ll be able to localize the bursts to better than a thousandth of a degree,’ Dr. Shannon said.

‘That’s about the width of a human hair seen ten meters away, and good enough to tie each burst to a particular galaxy.’

They added that the latest discovery of FRBs is largely due in part to the Australia Square Kilometre Array Pathfinder (ASKAP) telescope used to find them.

ASKAP’s massive dish has spotted numerous FRBs over the years, earning it the nickname of Sauron, after the fictional dark overlord that’s the ‘all-seeing eye’ of the Lord of the Rings series.

It’s gotten so good at spotting FRBs that scientists say it could soon spot new FRBs every few days. 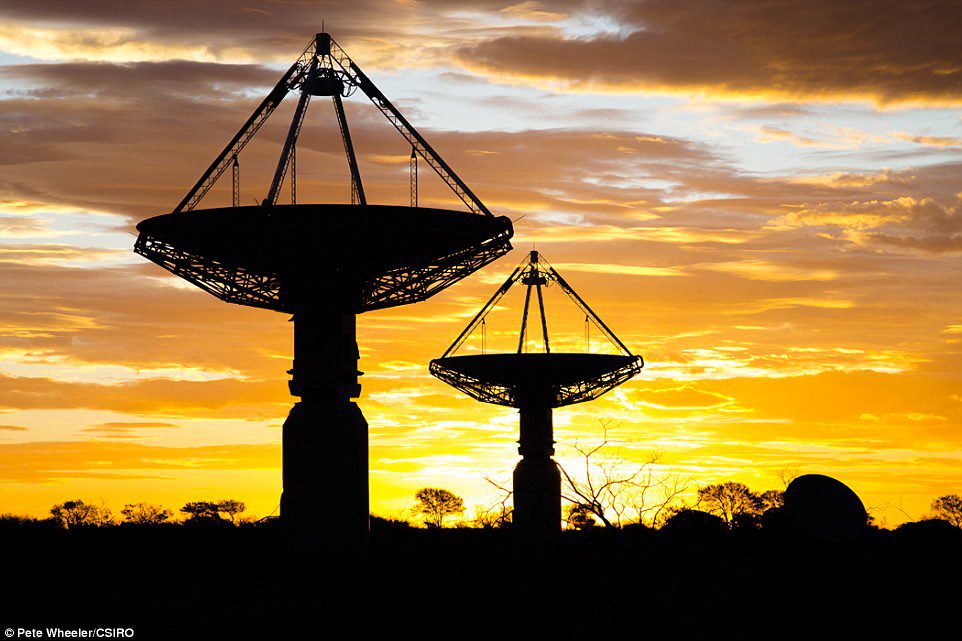 The instrument is equipped with 36 dishes in total, which can be used either to look at one point of the sky or be pointed in different directions to like the segments of a fly’s eye, according to CSIRO.

Using eight dishes, the telescope can see 240 square degrees all at once.

‘The telescope has a whopping field of view of 30 square degrees, 100 times larger than the full Moon,’ said CSIRO’s Keith Bannister, who engineered the systems that detected the bursts.

‘And, by using the telescope’s dish antennas in a radical way, with each pointing at a different part of the sky, we observed 240 square degrees all at once – about a thousand times the area of the full Moon.

‘ASKAP is astoundingly good for this work,’ Dr. Bannister added.