Home
Places
Rhode Island, Connecticut And Illinois Are ‘Worst States To Live In’

If you live in Illinois, Connecticut or Rhode Island, the chances are you know someone who is not happy. Not happy at all.

Around a quarter of the population living in these regions have described them each as the ‘worst possible state to live in’, according to a survey.

The map data doesn’t explain the nature of the residents’ grievances. 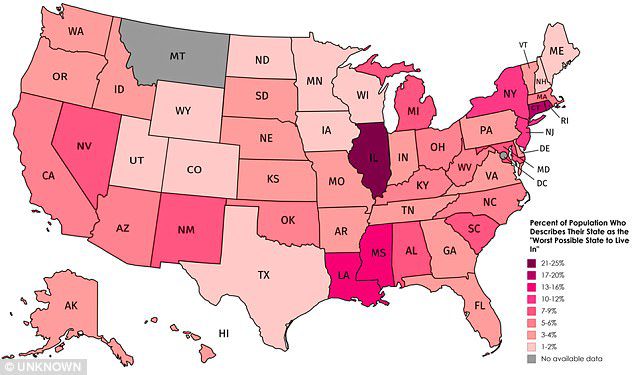 Around a quarter of Illinois, Connecticut and Rhode Island residents described their state as the worst possible one to live in, according to a survey

However, classic socio-economic indicators would clearly be relevant – including work-life balance, healthcare, crime levels, education, housing, income and the environment.

While 21-25 percent of people in the Gallup survey ranked these three states as the ‘worst’, Louisiana and Mississippi also featured prominently – with 17-20 percent describing the two southern states as the worst. 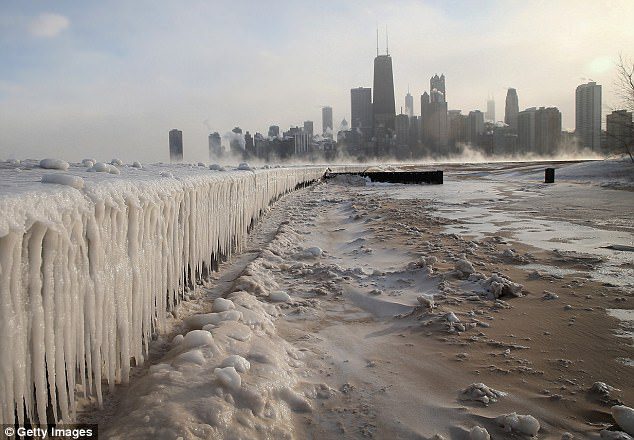 Socio-economic factors would have played a part in residents’ evaluation of their states. Illinois (pictured, Chicago) ranked among the worst

Posters took to Reddit to discuss the findings, including one who said of Connecticut and Rhode Island: ‘Poor economy I guess, though everyone in the area has a bit of an inferiority complex from the rest of the country picking on their size.’

Another said: ‘Connecticut is low because of the overwhelming tax burden.’ 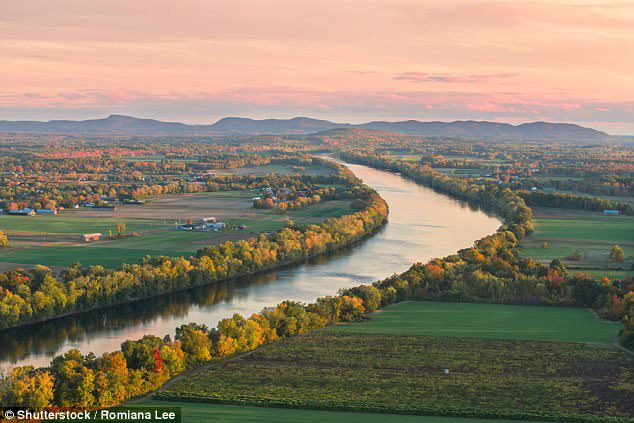 Posters took to Reddit to discuss the findings, including one who said of Connecticut (above) and Rhode Island: ‘Poor economy I guess, though everyone in the area has a bit of an inferiority complex from the rest of the country picking on their size’

If you want to lead a happy life, Boulder, Colorado, it seems, is the place to be – because it was named as the happiest city in the U.S. last October.

It topped a list of 25 of America’s happiest cities, revealed in the book The Blue Zones of Happiness, by National Geographic Explorer Dan Buettner.

Along with National Geographic and Gallup, he developed an index to measure a population’s happiness based on 15 metrics including civic engagement, walkability, and healthful food options.

Boulder tops the list with walkability, access to nature and sense of community being contributing factors to its residents’ happiness.

California is clearly a dreamy place to live, as eight of its cities, including the metro areas of San Diego-Carlsbad and San Francisco-Oakland-Hayward, make the happiness list.