Bitcoin’s value plunged to below the key level of $8,000 today amid fears of government crackdowns on digital currencies after US regulators launched an investigation into the sector this week.

The leading cryptocurrency looks set to end a week of gut-wrenching falls with at least $50billion wiped off its value, even after it staged a slight recovery at lunchtime to stand at $8,400.

Many casual investors who bought in around Christmas could be looking at even bigger paper losses as Bitcoin peaked at just below $20,000 on 16 December. 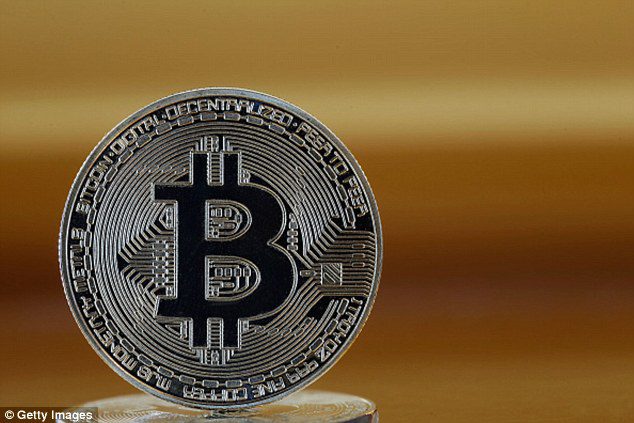 The digital coin’s fall from grace comes after the US Commodity Futures Trading Commission began looking into virtual-currency venue Bitfinex and Tether earlier this week, dragging down values across the sector.

Tether issues its own coin, said to be equivalent to $1, and claims to have physical dollars to back up some two billion Tether coins in circulation – something that the group behind the digital currency have not managed to prove.

Bloomberg reported that the regulator has begun scrutinizing the companies, which both refused to comment other than to say they ‘routinely’ receive notices from law enforcement agencies.

The Indian government has also played a part in the collapsing value of Bitcoin after the country’s finance minister said they were considering banning the digital coin.

The recent criticism comes just a week after British Prime Minister Theresa May said more regulatory attention should be paid to Bitcoin amid concerns drug dealers were using it to launder money. 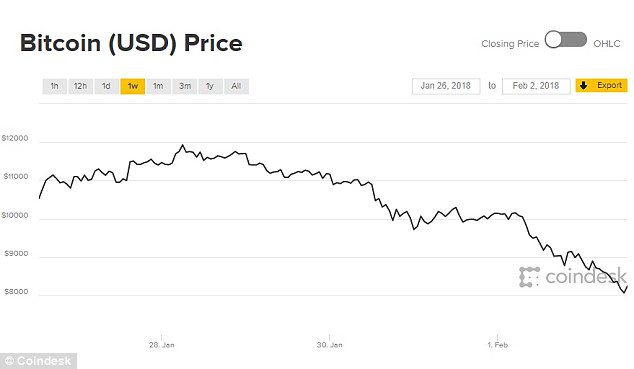 End of the ride? Bitcoin’s value has seen a series of drastic falls this week

In its early days, Bitcoin was a currency often used in the trade of goods on the ‘Dark Web’ – known as a hub for criminals to trade illegal goods.

Other big players in the digital currency world have seen values hit too.

Ethereum, the second biggest cryptocurrency by market cap, was down 25 percent on Friday and has lost 14 percent of its total value over the past month. 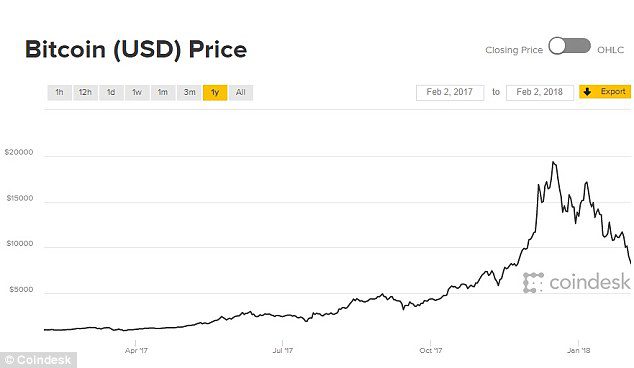 Rollercoaster: Bitcoin’s value rocketed over the last year, but has seen steep falls since hitting highs of nearly $20,000

A further currency, Ripple, fell more than 30 percent and has lost 71 percent of its value in the year to date.

Bitcoin has traded close to the $8,000 mark after which support for the digital currency from investors may crumble.

Neil Wilson, a market analyst with ETX Capital, said it would be relatively easy to see Bitcoin’s value rise from current levels back to $9,000, but it could sit at a lower value of $7,800 or see a major sell-off.

‘The next key support would be the 200-day moving average currently around $6,200 – if the price cruises beneath this level there is a chance of a major selloff that wipes out last year’s gains.

‘On the upside, a bounce from $8,400 brings the $9,000 handle quickly back into focus. Trying to catch the falling knife is a risky game.’

‘The wheels are coming off the bitcoin bandwagon,’ Wilson added.