This is the shocking moment a road rage dispute got violent as a motorist drove into a biker throwing him to the curb.

A witness recorded the hit and run incident on his cell phone showing the victim riding a motorcycle traveling southbound on Beneva Road in Sarasota, Florida, behind a grey Mazda 3 hatchback. 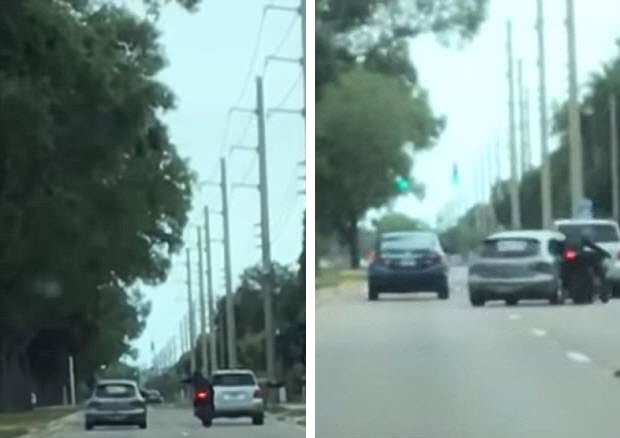 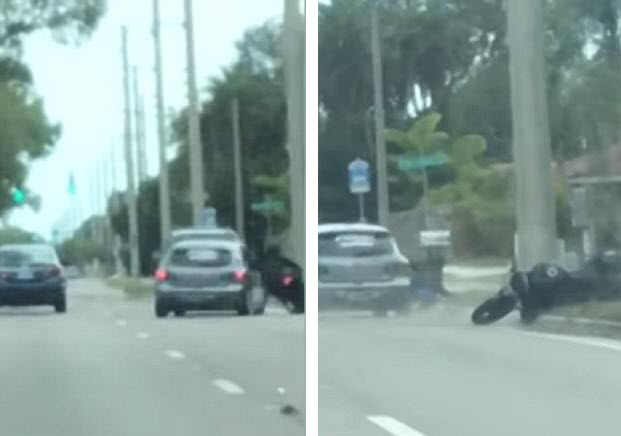 Police are still searching for the driver of the car and the Sarasota County Sheriff’s Office is asking for the public’s help to identify them.

The Mazda appears to be grey in color, with a large white decal on the back window.