Home
Humanity
After Taking On 3 Kids For Dying Neighbor, They Discover Their Old House Is Gone…

Audrey was a single mother of three, who was feeling under the weather for awhile. The doctor recommended that she go for testing. She asked her neighbors, whom she did not know all that well,  if they could watch her children for the night.

Tisha, Audrey’s neighbor, is a mother of five, gladly agreed to help. Her home was not that spacious, but she was more than happy to accommodate.

When Audrey’s results came in, the doctor told her she needed surgery. Unfortunately, Audrey was diagnosed with stage two esophageal and stomach cancer and heartbreakingly, it was terminal. 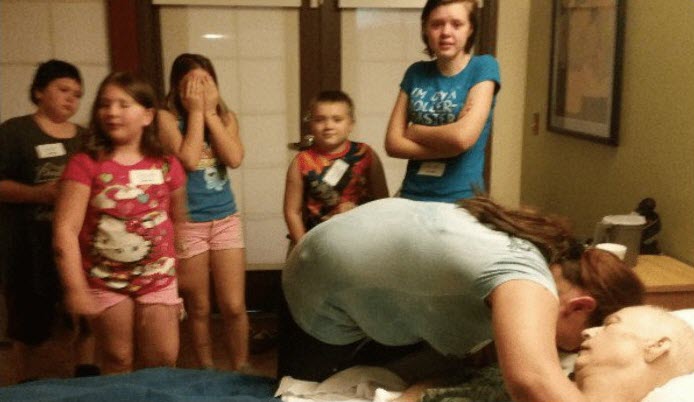 Andrey knew she would not be on this earth for long and prepared to fight. She wanted to make sure her children were going to be okay after she passed away.

Audrey and Tisha were not close friends. With busy lives and 8 children between them, they did not have time to get to know each other.

Audrey asked if Tisha would become the legal guardian of her three children. Kevin and Tisha agreed, even though they have five children of their own, they knew it would be a struggle but selflessly opened the doors to their home to three more.

They wanted to help, and try to ease the pain the children would suffer, with their mother’s imminent passing growing ever closer.

Audrey thought she had more time, but sadly, her time was cut short.

Below is a highly emotional video that tells the heartbreaking tale. The ‘FOX5 Surprise Squad’ heard about the selfless actions of Tisha and Kevin and helped to aid the heartbreak of the three children left behind.

Watch the video below and share with your friends and family 🐝