One evening, while Lauren Ansell and her boyfriend were sitting down to dinner in Queensland, Australia, they had a visitor come to the door.

A huntsman spider, the size of a dinner plate! Huntsman spiders are not deadly to humans, but they can bite if you irritate them. The couple they tried moving it, but he wasn’t having any of it.

The couple’s cat appeared to be afraid of the eight-legged “freak.”

Ansell said she and her boyfriend called the spider “Aragog” the spider from the Harry Potter books. Ansell’s boyfriend tried to crush the spider with the glass door. “Aragog” finally retreated, but one has to wonder if the massive spider is going to come back to attack again. 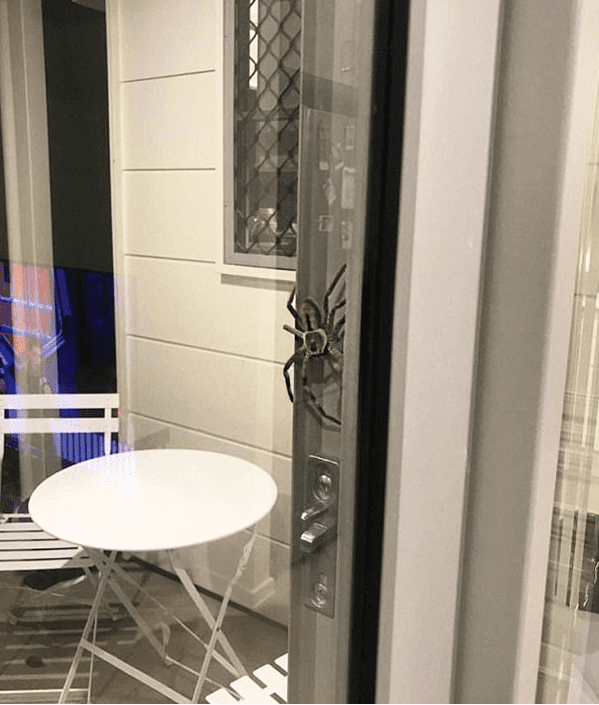 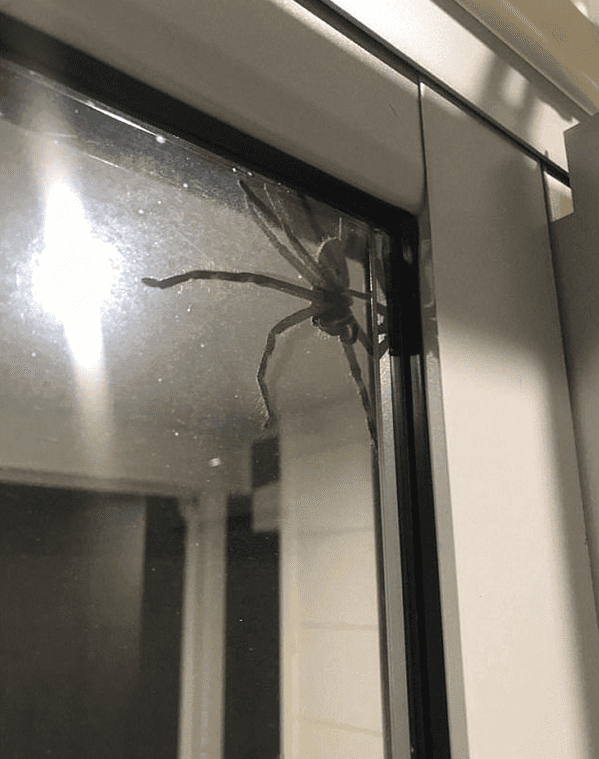