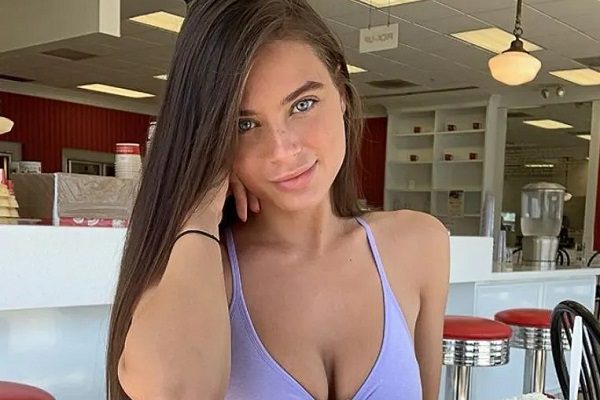 Adult film star Lana Rhoades made all the headlines in sports websites a couple of days ago, as she went on her Podcast to tell the story of a terrible date she had with an NBA star who played for the Brooklyn Nets. Rhoades told the story of how the unnamed player brought another date as well as a ‘backup option’, and how they never actually connected because he wasn’t ‘spicy’ enough for her or did a small talk at all.

And, while she never said the player’s name, she did say that he was a Libra. That, plus the way she described his personality, made NBA fans conclude that she was talking about Kevin Durant.

The guy who invited me also invited one of the other girls and this isn’t the first time that this has happened to me that where I’ve been invited on a date and they also invite a ‘backup option.

We ended up leaving dinner, not because of that situation because at that point, you’re already friendzoned, I don’t give a f*ck who you’re talking to, the date was really boring… I don’t want to be mean but me and this guy just didn’t click and I’m like what’s your favorite this, what’s your opinion on this, and he was just like, I don’t have opinions on anything, I don’t have favorite anythings, and he was serious and he wasn’t just saying that to shut down the conversation… he’s not spicy enough for me.

Apparently, Rhoades got a lot of negative attention online from people who said that she should’ve had still gone to bed with him because she used to do adult films.

Is Mike Majlak the father of Lana’s child?

While Lana Rhoades has not given any hints about the identity of the father, a lot of people believe he’s none other than author and podcast host Mike Majlak, who was on and off with Rhoades for years before they officially broke up in February 2021. In May, Rhoades left fans scratching their heads when she posted a “pros and cons” list Majlak wrote about their relationship. Mike Majlak is mostly known as one of the hosts of Logan Paul’s ‘Impaulsive’ podcast. He touched on their breakup in a February 2021 episode, saying they were fighting all the time and the relationship continued to deteriorate.

“Roughly a few months ago, I and the absolutely stunning, sweet, beautiful, great, pregnant [Lana] split up,” he said. “During that time, I started to see other people. She also started to see someone specifically during that time. We remained friends, we continued talking. The result of her interactions with said new person resulted in a bun in the oven.” 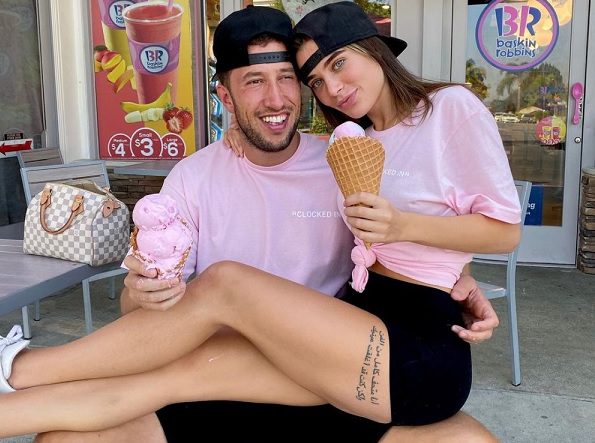 It seems whoever Lana started seeing after breaking up with Mike is the father of her child, though she has yet to make it official with him. In the sonogram posted on Instagram, Rhoades’s due date is mentioned as January 13, 2022. If that’s nine months from when she became pregnant, she could have conceived around April or May of this year. Distractify noted that this would be after she and Majlak are said to have officially broken up in February. Despite the rumors, however, it’s quite possible that there’s a new someone in Rhoades’s life since she parted ways with Majlak that she hasn’t spoken about.