According to Wikipedia.com, the Sand Cat, also called the Sand Dune Cat, are suited to life in the desert with their brown and black coat and furry feet. The small, elusive cast lives in the deserts of Southwest and Central Asia and North Africa. 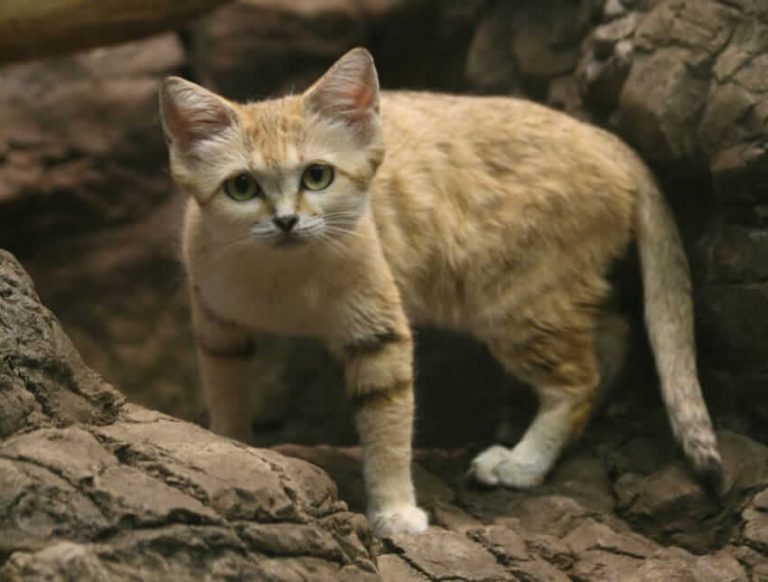 The Sand Cat has been listed as a near threatened species by the International Union for Conservation of Nature (IUCN) since 2002. In the United Arab Emirates, the sand cat is already an endangered species. It was thought that fewer than 250 Arabian sand cats were living in the Emirate in 2005. However, the data was old and not reliable. 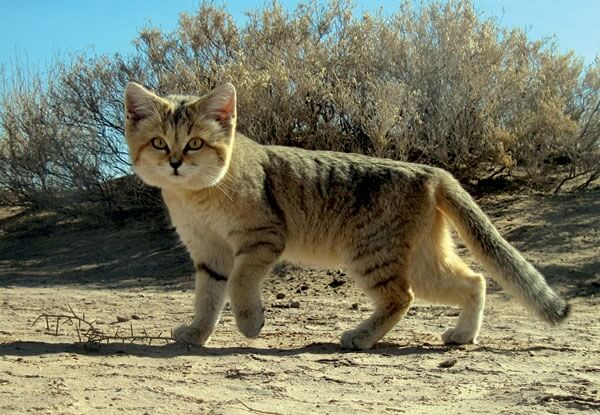 Shakeel Ahmed, an assistant scientist at Abu Dhabi’s Environment Agency and colleagues set up cameras and snacks back in March of 2015. 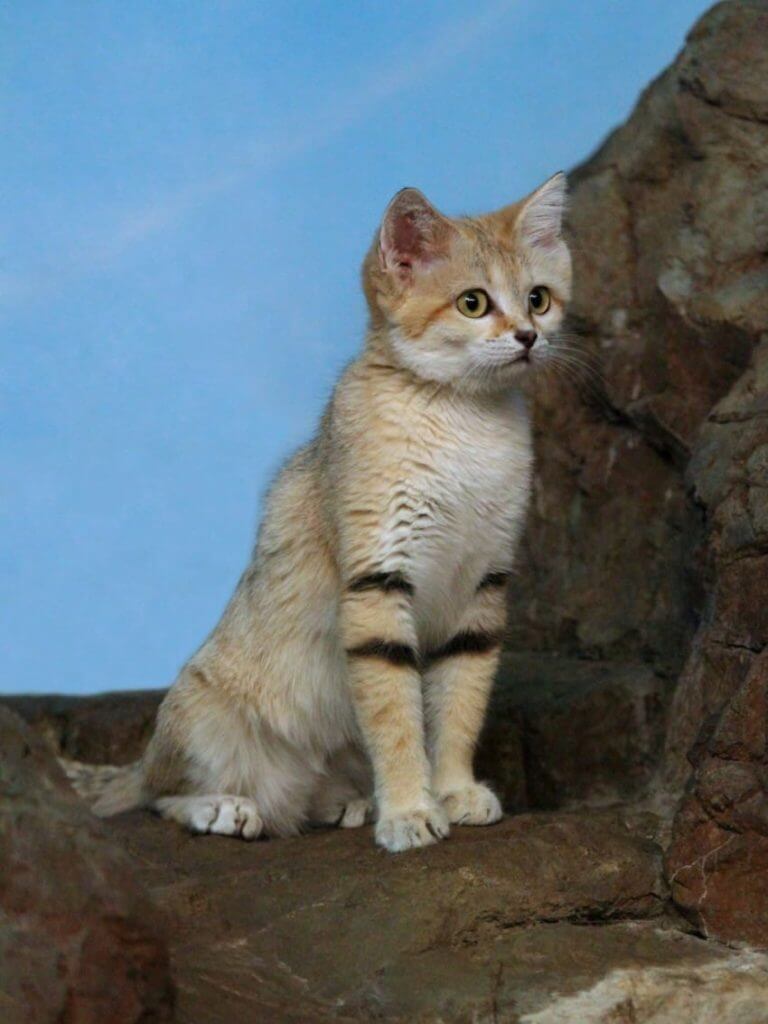 The treats were open cans of chicken and fish flavored cat food were placed in the desert in hopes that the food would lure the cats closer to the motion sensitive cameras. It worked! 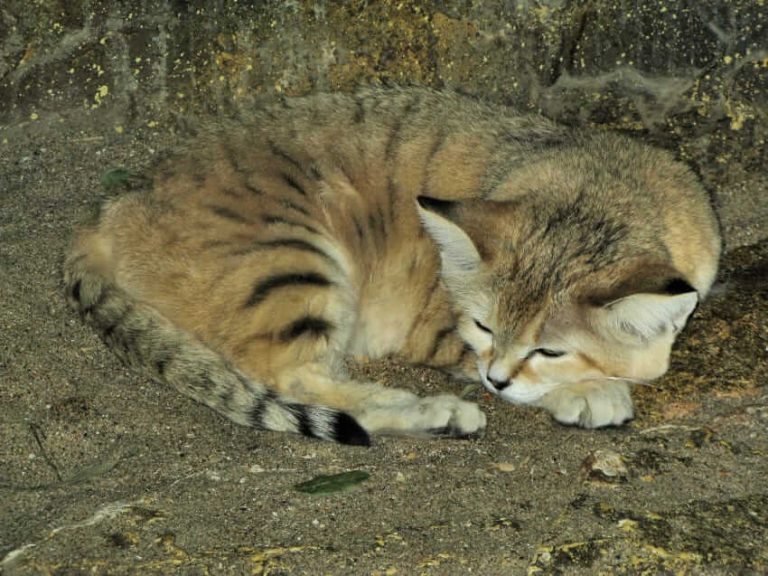 Less than one month after the cameras were placed, the first images of a sand cat were seen! 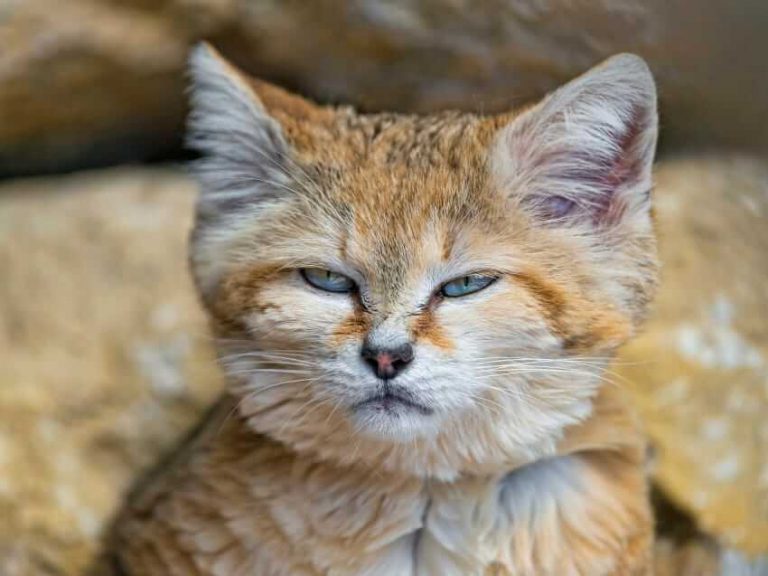 The pictures were shared with experts. Sand Cats have large, pointed ear, a broad head, and dark horizontal bands encircling their front legs. 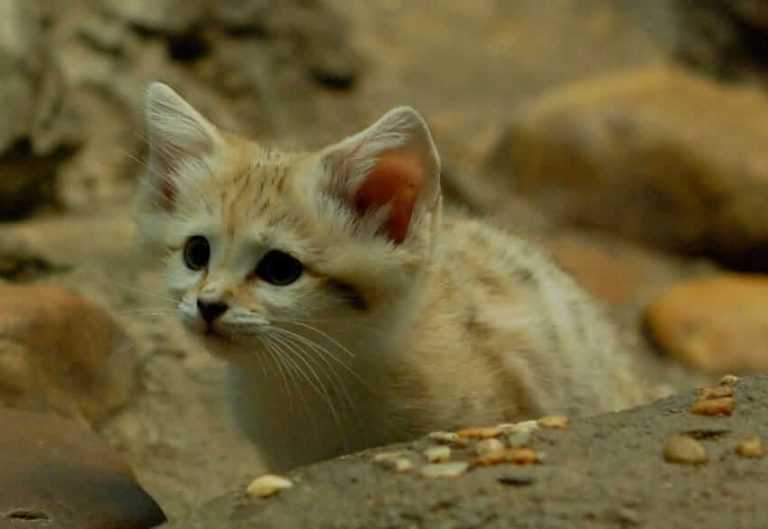 The goal of this study is to understand the threats that sand cats face in the wild and how humans can best protect them. 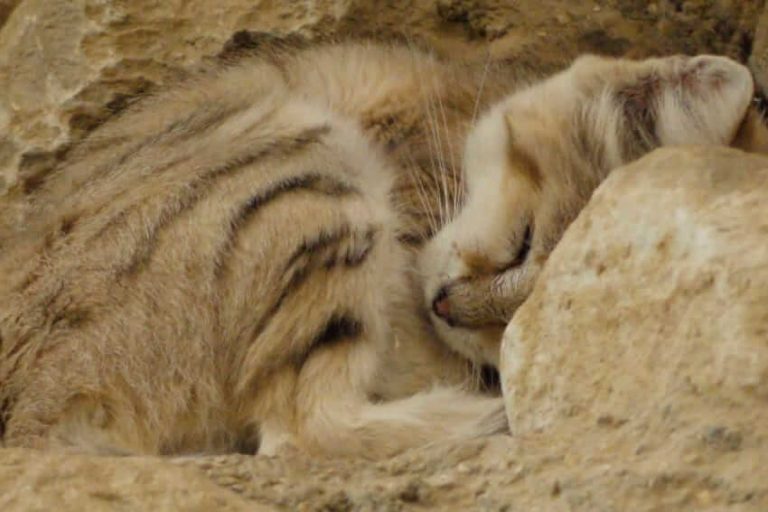