An Army soldier died in the Bronx inferno Thursday night — while heroically rushing in and out of the apartment building to save several other lives, his grieving dad told The Post. 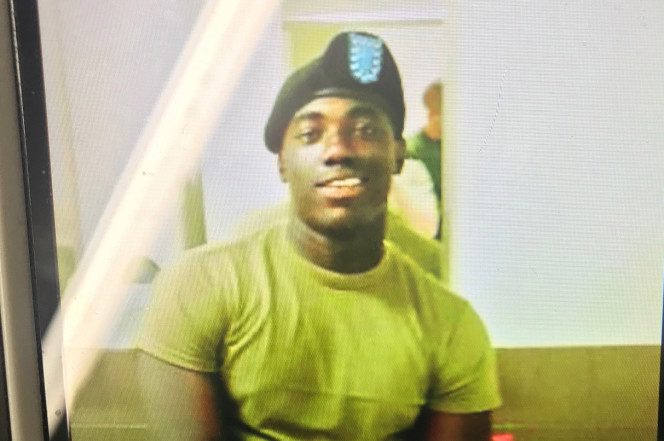 “That’s his nature,” said Kwabena Mensah, 62, whose son Emmanuel died when the Belmont building went up in flames.

“He was trying to help people out from the fire, and unfortunately he lost his life. He tried to do his best.”

Emmanuel, 28, had been home from Army duty for the holiday after finishing basic training in Georgia, said the dad. He was scheduled to head next to Virginia and from there to battlefields unknown.

Instead, the blaze at the five-story apartment building near the Bronx Zoo became his last stand. Emmanuel was one of 12 to lose their lives in the fire, the deadliest since the 1990 Happy Land Social Club arson took 87 lives less than a mile away.

“I understand when the fire was [going] he was trying to rescue . . . he had two or three people out,” the father told The Post, tears of loss and pride welling in his eyes. “He just came for the holidays,” he said of Emmanuel, who was staying in an apartment with friends.

“He helped his roommate’s wife and children, they were trying to come out to the stairs and he stopped them.”

“He told them to come out the window . . . Then he went in and tried to rescue people out.”

Emmanuel’s body was recovered from another apartment on the same floor, the father said.

The “calm and lovely” young patriot had set his heart on becoming a soldier when the family moved to the US from their native Ghana five or six years ago, Kwabena said.

“At first I didn’t agree with him, but I decided that’s his choice.”

The father, who lives next door to the now-gutted building, had spent much of Thursday and Friday visiting hospitals, waiting for word from his son and holding out hope he was still alive.

“I came home praying for something good, but unfortunately it’s bad,” he said. “He never made it out.”