Diversity is what makes our world interesting, and it is Nature’s greatest strength. Nature can often amaze us with its variety, and the numerous cases of interspecies friendships brighten up our outlook on the world.

Such alliances add to an understanding of the way different species communicate, what motivates certain animals to connect across species lines, and the extent to which some animals can adopt the behaviors of other species.

We are accustomed to seeing two animals from the same species spending their time together, showing affection and care. Yet, the story of a Bengal tiger cub named Hunter and German Pointer puppy Chelsea is one of the most adorable bonds you have ever seen!

Despite their differences, they get along well and became best friends. They currently stay in Wildlife Sanctuary in Pretoria South Africa and are taken cared for by 22-year old Anthea Michaletos.

Chelsea is just three weeks older than his friend. 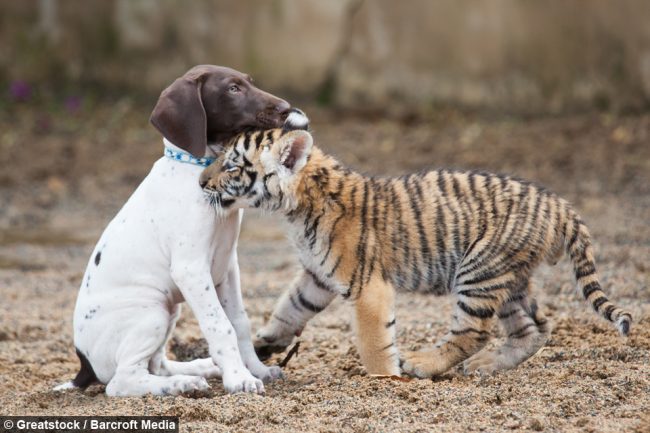 Hunter was born at the Farm Inn Wildlife, but he had to be separated from his mother, as she started showing aggressive behavior towards him soon after his birth. 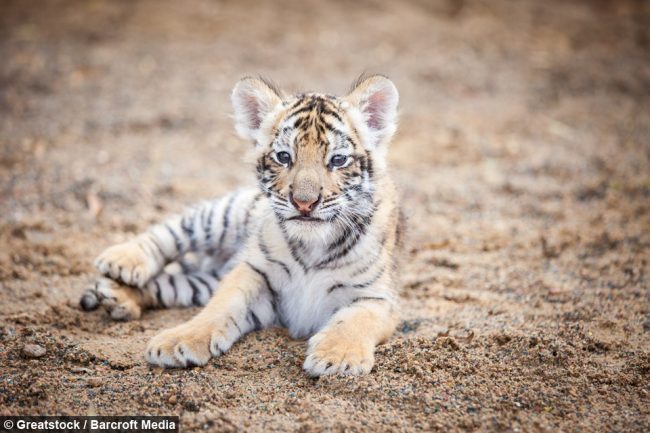 “We believe that Hunter was born at a time when the female must have felt compromised in some way as she rejected him.” 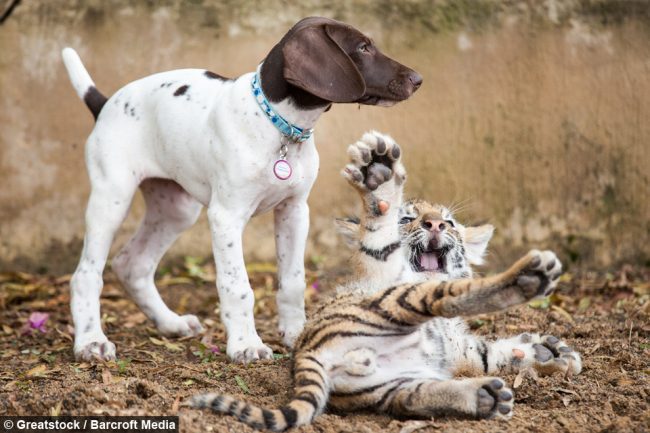 Hunter was sold to the Sanctuary by local breeders and joint owners of the Matotoland Kennel, Francois vd Walt, and Jacob Cilliers. Fransoa said that this companionship is unusual, but it made sense that a German Pointer would be able to bond with a tiger in such a manner:

“German Pointer’s are extremely energetic and highly intelligent. The constant need for stimulation and activity combines well with the natural behavior of a tiger, and in this case, it seems to be a perfect combination.”

The two animals became inseparable as soon as they were introduced. Anthea says:

“In the mornings when I take Chelsea out, she will run to his cage and greet him. There is a lot of wrestling involved, Chelsea pushes him over and then he jumps on her.

For him to have a four-legged friend is very helpful because he can play in the same way that he would with another litter mate. He was the only cub in his litter and it’s very important for him to have a companion.”

When things get rowdy 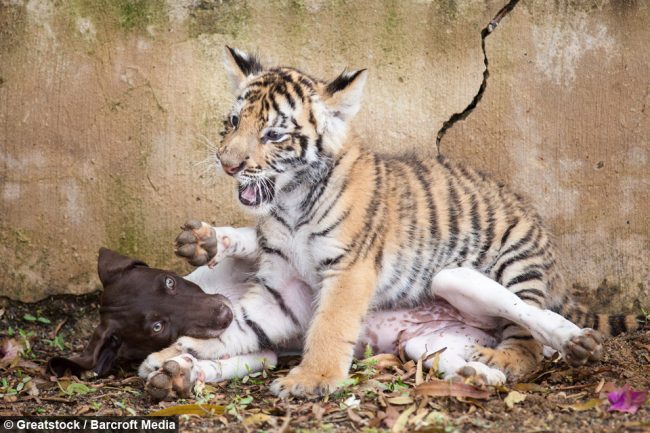 Chelsea becomes sad whenever the two separate to enter their cages.

Since they are both very young, they can play around and wrestle with each other. Yet, when the tiger reaches the age of 6 months, he would have to be taken away from Chelsea to protect her.

Anthea notices him always going for Chelsie’s throat during playing.

Hunter being clingy with Anthea 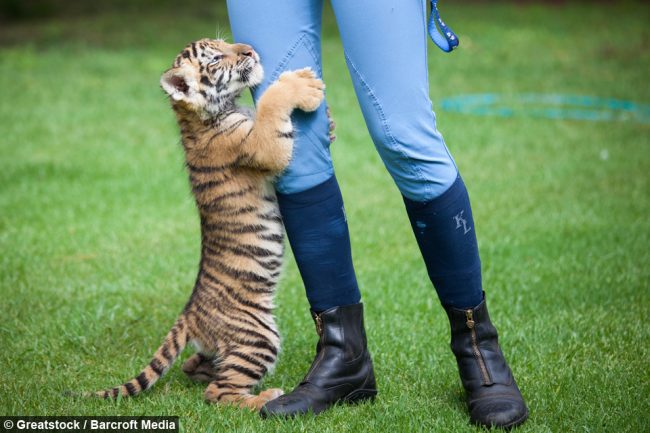 Anthea believes Chelsea does not experience discomfort, as he does not cry when Hunter tends to be a little too rowdy. Yet, Anthea believes that six months would be enough for them to enjoy their friendship, and afterward, they will start to play too hard.